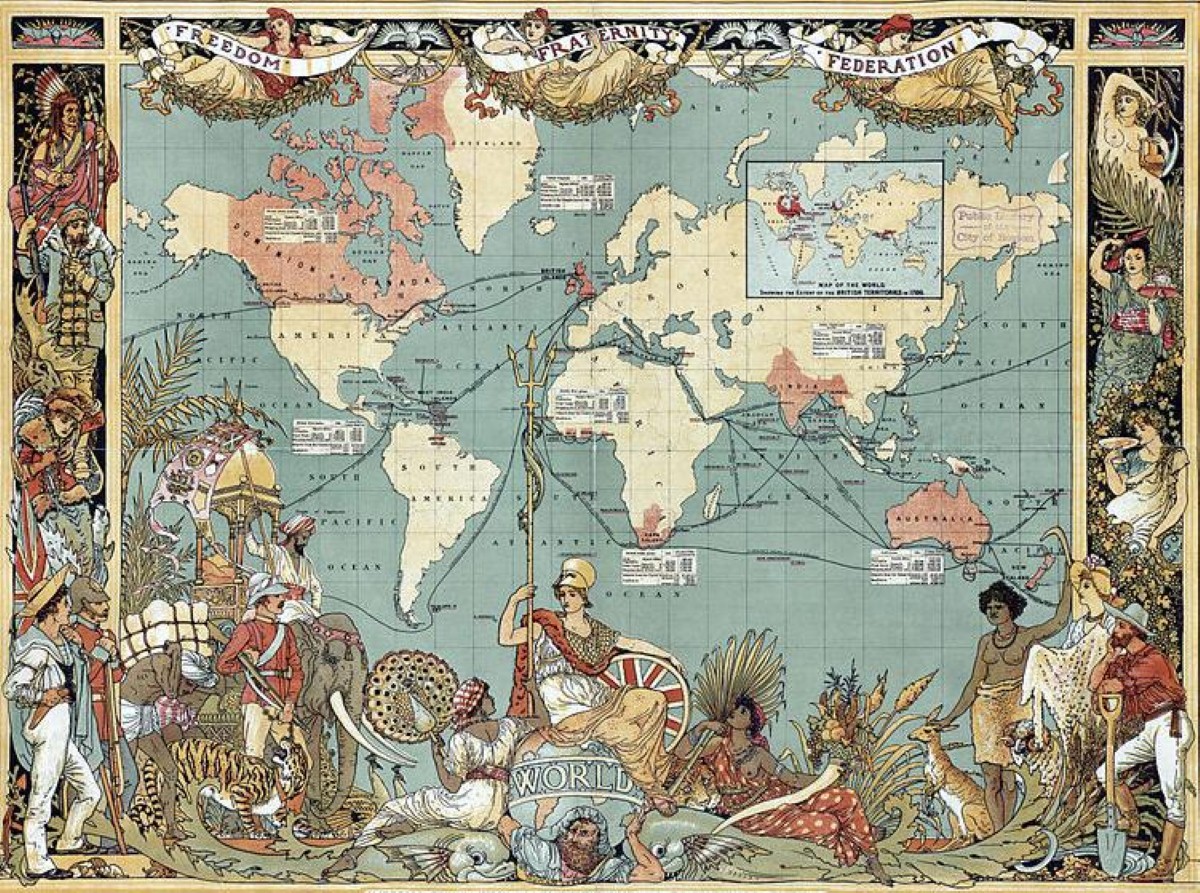 It’s a political imperative for the government but harms the economy, alienates swathes of the population, and closes down free expression.

As the country gears up for a much-deserved jubilee party, the Prime Minister has summoned the spectre of empire: promising to “bring back imperial measurements to mark the Queen’s Platinum Jubilee”.

At the same time, the Home Office has suppressed a report exposing the racism at the heart of the imperial project.

The return of imperial measurements was framed as a benefit of Brexit. But the UK formally adopted the metric system in 1896 and EU law already permits imperial measurements.In reality, it’s about re-animating an imagined past – the clue is in the name. It represents a time when the UK could claim to dictate a standardised form of measurement across the world.

Ministers have been explicit in their yearning for the days of empire. In the Prime Minister’ own words: “the problem [with the UK’s former colonies] is not that we were once in charge, but that we are not in charge any more.” Jacob Rees-Mogg authored an entire book devoted to “sentimental jingoism and empire nostalgia”.

Such nostalgia is a political imperative for a government behind in the polls. It spent its first two years in office presiding over arguably the worst response to Covid-19 in the western world (the UK suffered one of the highest death tolls and steepest economic declines). It has spent much of its time trying to disavow a key part of its signature achievement – the Northern Ireland protocol – and defending itself against allegations of corruption and criminality. Unable to find legitimacy through popularity or competence, ministers turn to fantasy.

The British Empire (and Britain at its head) was ruled by men who obtained their position through wealth, status, and personal connections. The members of the current government took a similar path to power. Having failed every real-world test, they fall back on the imagined success of their generational predecessors, insisting that things are better when those in charge are “born to rule”.

That argument only works if people believe that the past was, in fact, better. Nostalgia is certainly popular amongst sections of today’s population and press. But the “age of empire” was one of unmitigated misery for most people. The empire was won on the backs of working-class people sent to die in colonial wars to enhance the glory and wealth of their social superiors. The colonies were governed by terror and torture: from slavery to Boer concentration camps,to the Amritsar, Mau Mau, and Croke Park massacres (to name but a few), the Indian and Irish famines, the destruction of Ventersburg, the Briggs plan in Malaysia, and the invasion of Tibet, the list goes on.

It’s no surprise, then, that the truth about empire is expunged. According to the Guardian“officials have repeatedly tried to suppress…” a Home Office historian’s report tracing the origins of the Windrush scandal to“30 years of racist immigration legislation designed to reduce the UK’s non-white population”. The report roots the background of the policy to empire, concluding “the British Empire depended on racist ideology in order to function”

The Home Office’s argues that publication would “inhibit discussions and the ability of ministers to take free and frank advice”. This is legally dubious. It relies on a provision of the Freedom of Information Act 2000 intended to protect confidential advice given to ministers. If the provision were to work as the Home Office claims, it would make the Act itself irrelevant because every piece of information held by the government is potentially relevant to ministerial advice. More likely, the report differs from the government approved history of race and empire and so must be concealed. A similar fate has been suffered by charities that investigate the imperial origins of their properties (the National Trust was referred to the Charity Commission for doing so and the author of its report subjected to a barrage of attacks, including from the government and MPs), museums that remove or contextualise statues of colonists and slavers (threatened with funding cuts by the Culture Secretary), or teachers who fail to teach their students that invading a fifth of the world was a good thing.

Imperial nostalgia helps no one but those supposedly “born to rule”. At best, the Prime Minister’s promise to “bring back” imperial measurements will have no impact whatsoever (after all, they never left). But, if such measures are made compulsory, it will create a significant barrier to trade. The vast majority of the world uses the metric system (and the US uses a different form of imperial measurements). Exports and imports will need to be translated into an archaic (and largely incomprehensible) series of measurements before they can be sent in or out of the country. This will add to the considerable regulatory burden of Brexit (ironically sold as a chance to “cut red tape”).

Meanwhile the government’s attempts to act like a “great power” on the world stage only serves to infuriate the UK’s allies. Attacking historians and denying the racist legacy of colonialism chills free expression and alienates swathes of the population. Unless we ditch the nostalgia, wise up, and address real problems in the real world, the UK’s best days will remain in an imagined past.

Sam Fowles is a barrister and lecturer in law at St Edmund Hall, University of Oxford. His book, Overruled: Confronting our Vanishing Democracy in 8 Cases is available to pre-order. He tweets @SamFowles.