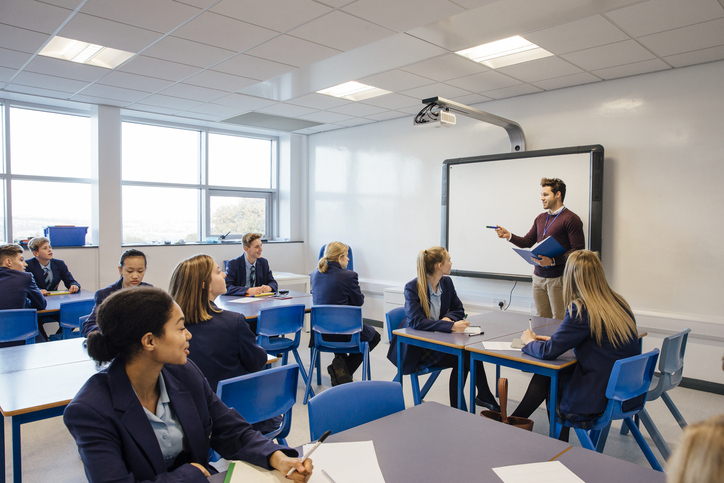 The push to treat all perspectives as equal damages our democracy

Next month I start a job teaching law at Oxford. My first class is about a well-known case. I recently read two articles about it, taking sharply contrasting perspectives. One is evidenced, peer reviewed, and identifies the key issues accurately (I know because I was junior counsel in the case). The other, published by a prominent think tank, makes a series of tenuous and unsupported claims, misstates the court’s reasoning, and barely refers to evidence. Which one should I ask my students to read?

According to the Education Secretary, Nadhim Zahawi, they should read both. Zahawi has produced new guidance on “balance” in teaching (albeit schools, not universities). This initially sounds reasonable. As educators we must be politically non-partisan. Zahawi says remaining “non-partisan” means treating all perspectives on “politically controversial” issues equally. He is “root[ing] out activist teaching” after it emerged that pupils at Welbeck Primary School in Nottinghamshire were subject to political “indoctrination” and “urged to write critical letters about the Prime Minister”.

But the mere existence of political disagreement around an issue does not mean that all perspectives deserve equal weight. Not all ideas are equal. Some are based on verifiable evidence, others are not. Some are internally consistent, others are not. Some take account of basic human dignity and fundamental rights, many do not. A significant part of education (and life) is learning to distinguish between “good points” and “bad points”. Subjects like history and philosophy (along with many others) teach students, above all, to analyse ideas so as to determine what reliance to place on them. Successive governments have cut the critical thinking parts of the curriculum in favour of rote learning.

The importance of critical thinking is illustrated by the case of Welbeck Primary School itself. A moment’s research reveals that accusations of “indoctrination” are baseless. Pupils were merely shown an article from the CBBC’s “Newsround” which explored the “Partygate” scandal. They discussed the subject and were asked to express their opinions in writing. There is no evidence that the teachers attempted to influence them one way or another. Zahawi might be reminded that teaching children “impartially” means allowing them to reach their own conclusions – even when these involve criticising his party. The children’s views might, perhaps, have more to do with the actions of the Prime Minister than a primary school teacher. Having students write letters or essays expressing their opinions is a common and worthwhile way of teaching citizenship.

A critical thinker might ask why Zahawi appears to have concocted a false pretence on which to extend the state’s influence in the classroom. They would be entitled to ponder whether he is genuinely motivated by the welfare of children or, in fact, is seeking to score culture war points in the tabloid press at a time his party is struggling in the polls. Zahawi’s guidance singles out culture war obsessions like structural racism and British imperialism. It implies that children must be taught far-right takes on the “positives” of imperialism and justifications for events like the Amritsar massacre with the same weight as evidence-based conclusions by real historians.

Treating all ideas as equal is bad for democracy because it makes meaningful public debate impossible. No position can be effectively criticised because any criticism is just the critic’s “opinion”. Rather than the best arguments succeeding, public debate is simply dominated by those with the greatest resources and most powerful platforms. Zahawi, despite acting on a false premise, was given an un-criticised platform in a variety of major national newspapers. His views were given far more prominence (and therefore more chance to convince people) than, for example, any of the many educators who have spent entire careers conducting evidence-based research on how to teach citizenship.

The deleterious effect of the “all ideas are equal” orthodoxy is clear: Britons’ perceptions of factual issues (like the number of illegal immigrants or benefit claimants) have consistently been shown to be divorced from reality. Our public debate on these issues is based, not on reality, but on what the person with the loudest megaphone tells us.  Those with power can make use believe what they want.

Uncritically treating all ideas as equal facilitates the spread of extremism. The platforming, for example, of far-right activists, climate change deniers, and anti-vaxxers on the BBC to the same (or sometimes greater) extent as genuine experts has allowed them to spread their ideas well beyond the internet fringes and parents basements to which they would otherwise be confined.  Our media regularly dehumanises global majority, queer, or trans people by pitting them in “debate” against someone who refuses to acknowledge their right to exist. All in the name of “balance”.

Milton tells us to “let truth and falsehood battle”, but Milton didn’t have to deal with social media or the tabloid press. I’ll be showing my students both articles, but not in the same way. The first will help them understand the subject. The second will be a cautionary tale. As future lawyers, their livelihoods will depend on how well they can sort the bad points from the good. As citizens, our democracy depends on all of us doing that too.