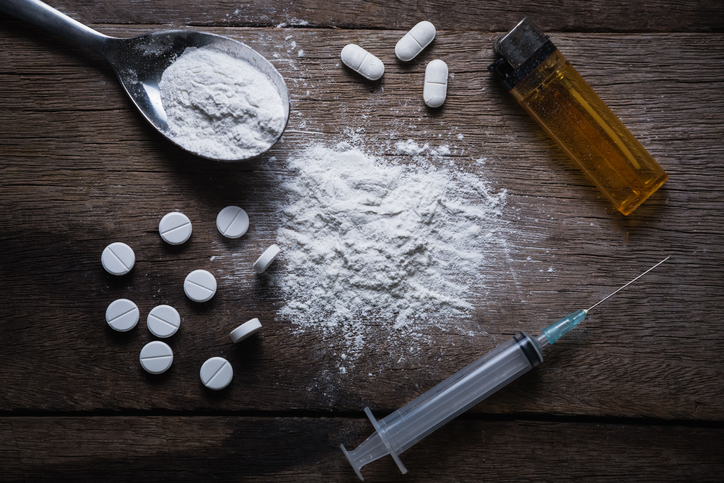 Yesterday, Scotland made enormous strides towards implementing a drugs policy that is rooted in health and not criminalisation, doing so off the back of soaring drug deaths that have risen year on year for the past 8 years. Just 24 hours later, Sir Keir Starmer said that was “probably the right thing to do.”

With an escalating drug crisis blighting the UK, is a fresh approach just around the corner?

There is a clear correlation between poorer areas, and higher deaths – not quite the middle-class metropolitan issue that drug policy is all too-often described as.

The SNP’s announcement yesterday revealed that the country has an agreement with Police Scotland whereby people caught in possession of a small amount of drugs will not be arrested, but instead given the opportunity to divert away from the criminal justice system.

Such schemes are not unchartered territory, with a number of them already existing in the West Midlands, Thames Valley, Avon and Somerset and Cleveland. Implementation of diversion schemes happen through agreements with Police Commissioners and do not require amendments to the Misuse of Drugs Act 1971.

Megan Jones, Director of third sector organisation Cranstoun who run schemes in the West Midlands and Berkshire, says “diversion from the Criminal Justice System into alternative interventions is proven to reduce cost to the taxpayer, reduce reoffending, engage and educate people on reducing harm and support into further help. The traditional criminal justice route does not allow opportunity to discuss drug use or provide much needed support.”

Seemingly, whilst politicians are desperate to seem “tough on drugs,” diversion provides a practical solution to a deepening overdose crisis.

Often described as “de-facto decriminalisation”, these schemes focus on rehabilitation, treatment and education as opposed to prosecution. The Misuse of Drugs Act turned 50 years old this year, with criminalisation a proven failure. Drug deaths have risen year-on-year for 8 years, with vital drug treatment budgets decimated in correlation.

Furthermore, a Yougov poll found that 7 in 10 people agree that criminalisation is not deterring people from using drugs, demonstrating a strong clamour from the public for a fresh approach.

As with changes to the legalisation of cannabis for medical purposes in 2018, a well-orchestrated campaign has again been a key catalyst in forcing the hand of risk-averse politicians. In this instance in Scotland, the Daily Record’s Mark McGivern teamed up with leading overdose prevention activist, Peter Krykant who has lived experience of addiction and former MP (now MSP) Paul Sweeney.

Krykant highlighted the perceived hypocrisy of the SNP, who seemed intent on making the issue of drugs a political football to kick at Westminster. Groups such as the Labour Campaign for Drug Policy Reform and Scottish MSPs Paul Sweeney, Monica Lennon and Alex Cole-Hamilton highlighted that – despite drug powers not being devolved – the SNP lauded over policing and health. In short, something could be done to prevent drug deaths, but no action was being taken.

That was until Krykant fundraised for, bought  and adapted a van that would be used to facilitate the injection of drugs – forcing the SNP and Police Scotland to take a stance. Outrage grew after Krykant was arrested for allowing safer injection but severe public and media backlash ensured no charge was forthcoming.

Whilst overdose prevention sites – places where people can safely inject drugs – have not yet been implemented as part of yesterday’s announcement, Paul Sweeney MSP sees this as the next logical step. He told Politics.co.uk “no one measure will be a silver bullet, to pretend otherwise would be entirely disingenuous but safe drug consumption facilities would be another huge step towards the public health approach that we need.”

The SNP have pointed the finger at Westminster, calling for greater devolution to tackle the drugs crisis, whilst the Conservatives have rebuked the idea of reforming drug policies – choosing instead to attack “middle-class cocaine users.”

Labour has tried desperately to side step anything that could be perceived as a culture war issue but there is a palpable appetite among members to take a progressive stance. Just today, Keir Starmer supported the move in Scotland. London’s Labour Mayor Sadiq Khan too has recently launched a commission to explore drug policy reform. This poses the question: What next for the UK’s drug policies?

It is not just saving lives that diversion can help with, but tackling unjust racial disproportionality too. Young Black men are four times more likely to be stopped and searched than their counterparts in London, leading to unequal representation in the Criminal Justice System.

Implementing diversion schemes could tackle this, and reform in the capital would further apply pressure for Starmer to embrace a health-based solution. This does not seem like an unfeasible next step for reform, with Khan under-pressure to be active after announcing his drugs commission ahead of the last London Mayoral election. Local Mayors such as Damien Egan, of Lewisham, are on record as being opposed to the criminalisation of people who possess drugs, and it is surely a matter of if, not when such a scheme is rolled out in London.

Whilst the Home Office “talk tough” on drugs, they have zero power to stop diversion. With more schemes popping up, the evidence base will inevitably continue to grow and with it, momentum too.

Monica Lennon called yesterday’s news “a victory for campaigners and everyone who has worked tirelessly to fight for system change and a serious public health response to Scotland’s worsening drugs crisis.” But the question remains, could it be the turning point drug reformers have worked so hard to engineer?