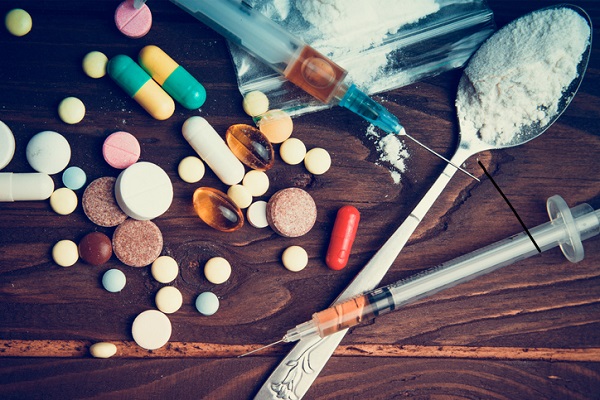 The White Paper on Drugs Policing: Unintended Consequences & the Need for a Whole System Approach

This week, the government unleashed their much-awaited plan to tackle “recreational” drug use, with much of the rhetoric to-date centring around “middle-class cocaine users” and the need to implement “tough consequences” to tackle drug use. Whilst those in the drug policy reform space were anticipating the worst, there are small green shoots that offer reasons to be encouraged – even if there is still plenty of work to be done.

The new white paper, titled Swift, Certain, Tough. New Consequences for Drug Possession was released by the Home Office on Monday with many researchers hastening to unpack a multi-faceted and unprecedented approach to drug use.

There is a clear dichotomy whereby the report has been primed to be “tough on drugs” or tougher on drugs – a narrative so popular with the current Home Secretary, but some policy solutions seemingly reflect otherwise.

It is clear there is an attempt within the report to embrace policies that divert people caught in possession of drugs away from the criminal justice system and through alternative channels rooted in education, and treatment (where appropriate). These schemes, often referred to as diversion, are akin to driver awareness courses those who are caught speeding receive.

This is unsurprising given the drug crisis – with deaths at unprecedented levels – having risen for eight consecutive years. As Home Secretary Priti Patel states in her foreword to the report, “more people die every year as a result of drug misuse than from all knife crime and road traffic accidents combined” – it is clear that a new approach to drug use is required.

So what are the key policy solutions, will they reduce tragic drug deaths, and are they more “tough” than before?

The topline policies include the removal of passports and driving licences for those who have been caught in possession three times, mandatory random drug testing on Tier 2 but crucially – and promisingly – no criminal sanctions for first time offences.

Optimists have been celebrating the seemingly progressive developments, with much of the discourse strangely criticising the government for implementing good policies, but dressing them up as “tough consequences.”

In terms of “toughness”, campaigners are united in our belief that consequences such as the removal of ID documentation impinges on the rights of people who use drugs, potentially destroying careers or livelihoods. Whilst mandatory, random drug testing is both invasive and stigmatising. Crucially, whilst undeniably tough, it remains to be seen what impact this will have on illicit drug use, or most importantly preventing drug related deaths.

Also “tough” or more accurately unfair, is the escalation of punishment for non-payment of drug education courses on Tier 1. One should not be able to pay their way out of the criminal justice system, with this likely to punish those from poorer backgrounds, and allowing “middle class cocaine users” an alternative to criminalisation.

Whilst new outcomes on Tier 1 are less punitive for first time class a drug offenders as a whole, the rest of the picture is hard to decipher – particularly for class B offenders. In places such as the West Midlands and West Mercia Police force areas, the current diversion model in place, DIVERT, commissioned by the local Police and Crime Commissioners, and delivered by the charity for which I am a policy consultant, Cranstoun.

Arron Owen, the National Criminal Justice Lead at Cranstoun who runs DIVERT, highlights key benefits in this form of diversion stating “most of the people referred have never spoken to anyone about their drug use before and roughly 90% are people who use cannabis. With around an 80% engagement rate we are seeing huge success with this service in both West Midlands and West Mercia Police Forces where officers have welcomed the opportunity to utilise meaningful interventions rather than simply arrest.”

The scheme has been in operation in the West Midlands for nearly two years, and according to the local Police & Crime Commissioner Simon Foster, has been “proving so effective” A key difference between DIVERT and Swift, Tough, Certain is that the former allows people who use drugs to be diverted multiple times, with no worsening penalties providing they engage with the programme, whilst the latter increases the level of punishment according to frequency of being caught in possession.

The escalation of punishment is clearly intended to act as a deterrent, and seem tough, but the emerging data from DIVERT shows that repeated opportunities to enter the scheme are working, through reducing reoffending and saving the police time, and in turn taxpayer money. Describing why DIVERT has thus far been a success, Mr Foster said “The truth is that if we can get people to turn their back on illicit drugs then we eliminate the market established by organised criminals. It’s important to reduce harmful drug use to improve people’s health, but if we can reduce illicit drug use then we will also reduce the crimes associated with this illegal industry.”

The focus on health and education, as opposed to criminalisation, is key. A health approach helps to reduce harm through practical policy making, whilst the opportunity to talk to people, who would not ordinarily seek treatment about their drug use, is a fantastic way to educate people on the harms of their drug use.

A positive element of the report is the emphasis on educating people on the harms of drugs, as opposed to criminal sanctions for first time offences. What researchers are keen to learn more about is the type of education that will be delivered. Josh Torrance, of Bristol University asks “Will this education course be rooted in harm reduction, or will it focus purely on abstinence from drugs? There is a golden opportunity to have a positive impact and engage recreational users who have never talked to a professional about their drug use. But we must learn lessons from the failed D.A.R.E. programme in the US and avoid trying to scare people into abstinence, a strategy which has never worked.”

Overall, there are stark signs that the government has recognised the failure of the long-standing approach, and is looking to the emerging evidence around diversion schemes to solve the drugs crisis. Undoubtedly there is work to be done, and admittedly it appears the government is still desperate to seem “tough on drugs”. To fully embrace the benefits of diversion, harm reduction, and a health-based approach, the government must ditch the PR stunts such as the removal of ID documents, attacks on people who use drugs, and change their messaging to encompass health, rehabilitation and education.