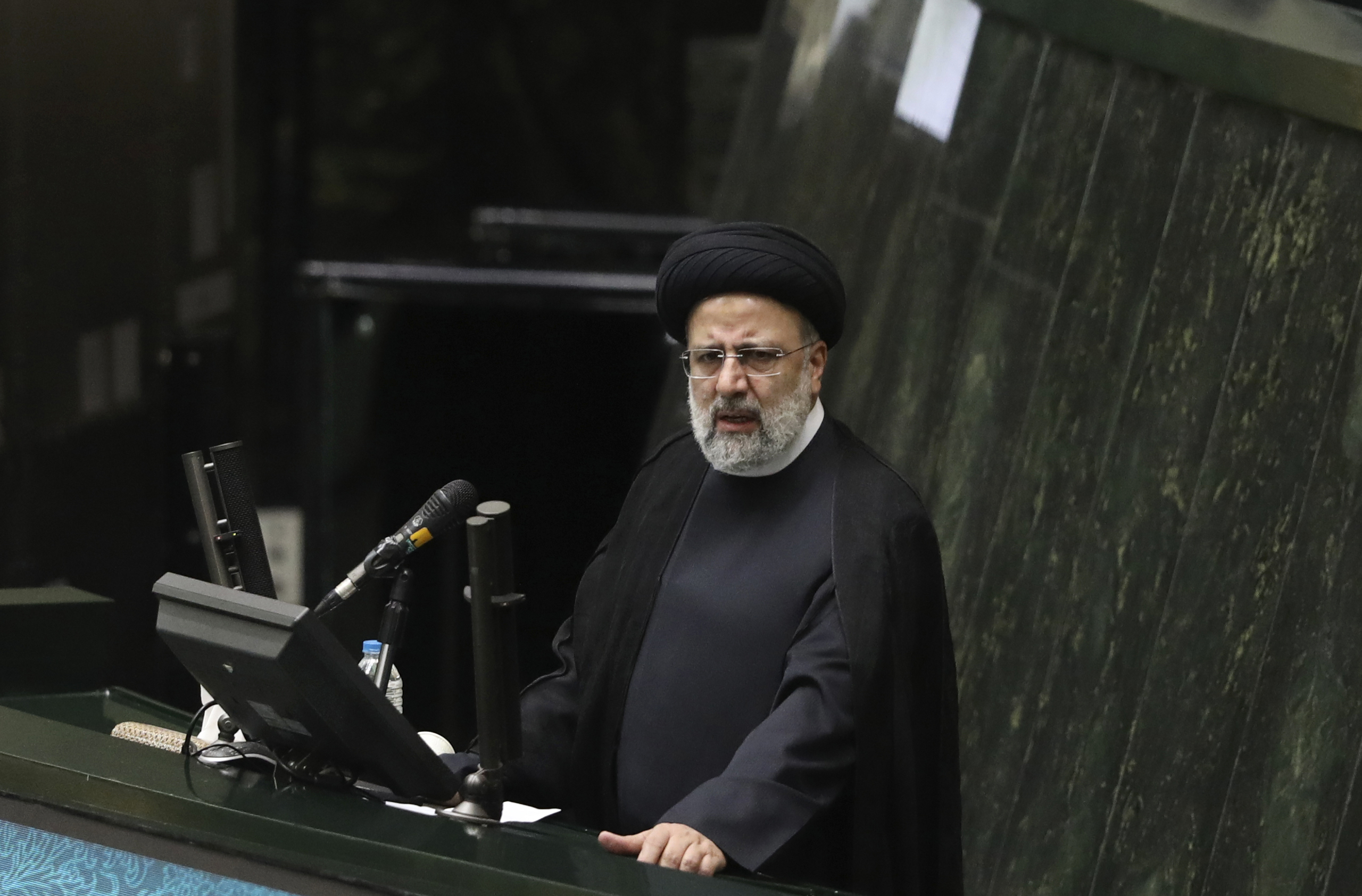 Ebrahim Raisi: The man who’s done it all

Following a controversial electoral process marked by widespread voter suppression, mass disqualification of candidates, and a complete lack of any campaign oversight, Ebrahim Raisi has been sworn in as the 8th president of the Islamic Republic of Iran.

While Raisi’s victory on election day didn’t come as much of a surprise, the manner in which the election was conducted has raised concerns, both in Iran and abroad. In a bid to rig the election in Raisi’s favor, the Islamic Republic’s security forces cracked down on opposition activists and dissidents throughout the country, revoking polling station licenses and monitoring social media for signs of grassroot activism. The Elections Supervision Committee, a creation of supreme leader Khamenei, took additional steps to pave the way for Raisi’s victory, disqualifying thousands of moderate candidates and actively promoting a handpicked slate of hardline, pro-regime candidates.

In many ways, Iran’s most recent spate of electoral malfeasance is only a microcosm of a larger problem plaguing the country’s leadership. Raisi’s election, in particular, has been condemned by a number of international human rights organizations, who have called for Raisi, an ultraconservative cleric and former student of supreme leader Khamenei, to be held accountable for his abysmal track record of human rights violations.

In 1988, during his tenure as a deputy prosecutor in Tehran, Raisi was appointed to the so-called Death Committee, a four-man panel charged with overseeing a brutal crackdown on Iranian political dissidents, human rights activists, and other opponents of the Islamic Republic. The Death Committee ultimately oversaw the systematic killing of thousands of Iranian dissidents over a bloody five-month period, and its members, including Raisi, were clearly present at numerous executions. While exact numbers vary, human rights organizations estimate that between 2,800 and 33,000 people were killed under orders from Raisi and the other members of the Death Committee.

Surviving accounts of the state-sanctioned purge paint a disturbing picture of Raisi’s role in the bloodbath. Alongside countless executions, Raisi also sentenced thousands of young men and women, including students and pregnant women, to arbitrary imprisonment in rural detention facilities and forced labor camps.

In many cases, Raisi’s extrajudicial punishments were accompanied by torture and other forms of physical and psychological abuse. Sexual abuse and harassment were common, and prisoners were often shackled or bound in painful positions known as “stress positions” for hours, days, or even months at a time. According to reports from Iranian defectors, Raisi personally observed the cruel and callous treatment of prisoners, including the alleged torture, via electrical shocks, of several pregnant women and children.

In an interview with Iran Human Rights Monitor, an earlier victim of Raisi, Farideh Goudarzi, recounted the now president-elect’s role in her arrest, unlawful imprisonment, and torture shortly after the 1979 revolution.

“I was arrested with my husband and brother in the summer of 1983. I was pregnant at the time of arrest and had a short time left before delivery of my baby. Despite my conditions, they took me to the torture room right after my arrest,” she told Iran HRM.

“It was a dark room with a bench in the middle and a variety of electric cables for beating prisoners. There were about seven or eight torturers. One of the people who was present during my torture was Ebrahim Raisi, then chief Prosecutor of Hamedan and one of the members of the Death Committee in the 1988 massacre.”

“He was standing there watching me as a pregnant woman to be tortured,” said Goudarzi.

Today, Raisi continues to show a casual disregard for human rights. Since the election, Raisi has made a number of troubling comments, such as suggesting he would use the power of his newly acquired office to repress the Iranian progressive movement and encouraging Iranian security forces to take the lead in restoring order on the streets.

Just days after Raisi’s inauguration, at least ten prison inmates, many of them believed to be political opponents of the regime, were executed without trial, heralding a new period of “maximum oppression” in Iran. Several henchmen of Raisi were also implicated in public attacks on Iranian women in Urmia, leaving two women gravely injured after being deliberately run over by a car.

Members of the LGBTQ community have also been the target of increasing hostility from the new government. Raisi has personally threatened members of the community, and his administration has taken a number of steps to restrict LGBTQ public expression and activism.

To date, Ebrahim Raisi has never been held accountable for his role in the 1988 massacre, or for his involvement in subsequent human rights atrocities. Now, with Raisi’s ascent to the presidency, it is clear that these abuses will become even more widespread.

If the international community wishes to retain any semblance of moral credibility, it must speak out against the regime’s flagrant disregard for human rights, and hold Ebrahim Raisi and other members of the Islamic Republic’s leadership accountable for their abhorrent record of human rights abuses.