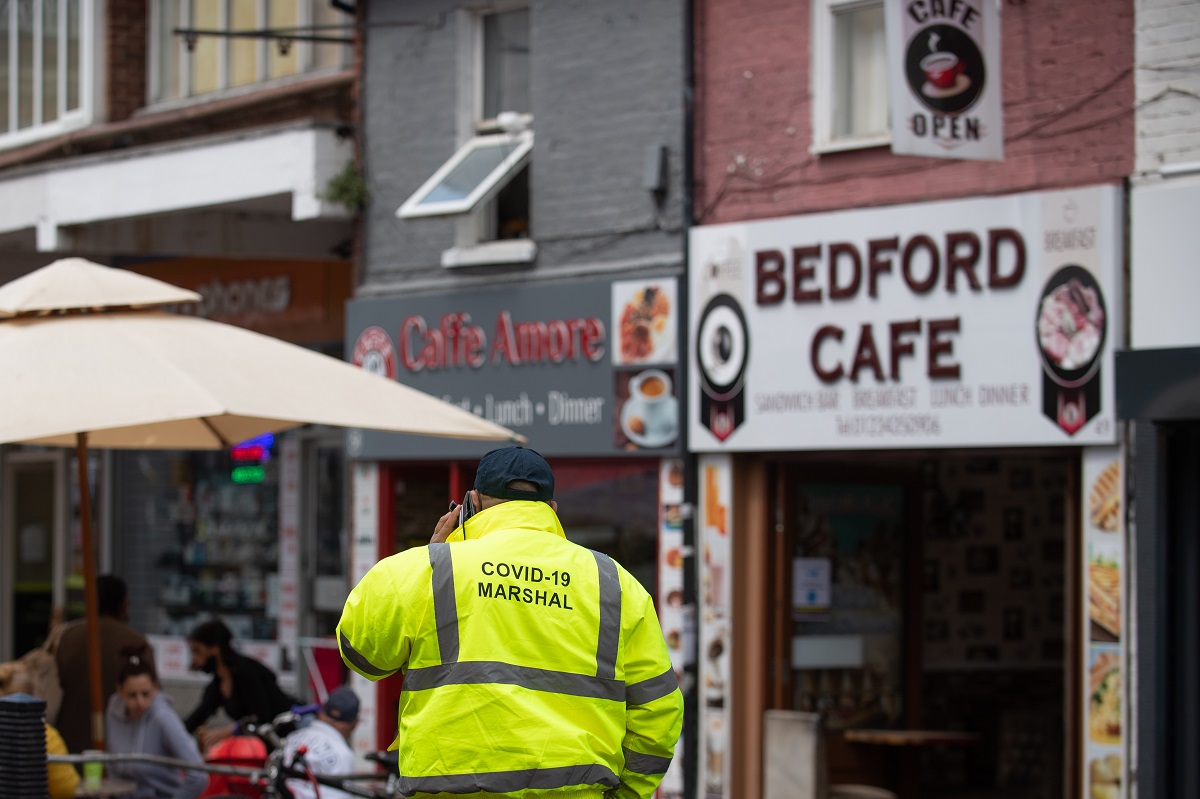 Government competence in question over covid guidance nobody was told about

We’ve entered one of those periods where the government simply has no idea what it’s doing. The language gradually fades into gibberish. The decisions make no logical sense. Policy and communication resemble the gibberings of a maniac more than they do the carefully-thought-out response of a sensible administration.

News emerged last night that the government changed the coronavirus travel advice in eight areas but failed to tell the public. It is a supreme moment of incompetence, or scheming, or internal confusion, or possibly all three.

People are now officially advised not to travel into or out of Bedford, Blackburn, Bolton, Hounslow, Kirklees, Leicester and North Tyneside, and to follow harsher restrictions in those areas, including working from home and only meeting outside. It’s not a law – simply guidance. But the problem is, no-one was actually guided to do it. The Cabinet Office website was changed, with no announcement, at 5:26pm on Friday evening.

It was spotted yesterday by journos at the Manchester Evening News. The Guardian believes the guidance for Bolton was actually published on May 14th, with further areas subsequently added, meaning it would have been in place for nearly two weeks with no announcement. Local MPs didn’t know, public health officials didn’t know, the local councils didn’t know and experts didn’t know.

Public health messaging during a pandemic is dependent on communication with the public. And that’s not some abstract point of principle. It’s quite literally and basically the case. If you need people to not travel into or out of areas, you really do have to actually tell them that this is what you need. Instead, it seems to have been sneaked out guiltily when people weren’t paying attention, like a press release on MPs’ expenses.

It’s hard not to compare this to the decision by Public Health England to release crucial troubling data on the spread of the Indian variant at 11pm on Saturday night, when all sensible people were drunk watching Eurovision. And if you do compare those two instances, a picture emerges. It is of a government which is carefully trying to curate a good-news feeling – of us emerging triumphantly from the pandemic due to the success of the vaccine roll-out. A picture in which any potential threat or complication is erased.

This is presumably what explains the lunatic ambivalence of our foreign travel arrangements. The green-amber-red list is what pandemic border security would look like if it was drawn by a clown, which in many ways it has been. It means nothing even on its own terms, because red and green list passengers are mixing, sometimes for hours at a time, in arrivals halls. There were warnings about this from the all-party parliamentary group on covid weeks ago. Nothing was done about it.

Days after people started travelling, Grant Shapps said: “I do want to see people separated out as much as is practically possible and we have asked. I think Heathrow will respond to this at the beginning of next month.”

He had months to prepare for this, months in which he was specifically warned it would happen. Instead, he decided to act on it days after it occurred, and even then by asking for plans weeks later, which would presumably take further weeks to implement.

And then there is the amber list, which is quite startlingly unhinged. Over recent weeks, Brits have been told that they can and can’t travel there, that they should and shouldn’t, and that they really mustn’t, but of course they can. There is no consistent messaging, no possible way for a normal person of sound mind to make head or tail of what it is they are supposed to do.

It’s important to point out that, despite all this, we should still be alright. The vaccines are a game changer. They are Gandalf appearing at the top of the hill at the end of the Two Towers. They are a beautiful example of the triumph of science, backed up by the best sentiments of the public and some good old-fashioned unfussy practical British organisation. They work. And the speed of the roll-out should protect us, even if the data coming out of Public Health is quite troubling even for those who have only had one jab. The next two weeks will be key to seeing just how dangerous the Indian variant proves to be. But, touch wood, they’ll get us out of this.

The thing is, though: we don’t actually have to risk it. It’s like breaking the speed limit to get to an event you’re not even late for.

For a brief moment, it felt like Boris Johnson had learned his lesson. It felt like he had recognised that a cautious emergence from lockdown was in his own best interests – which are really the only interests he understands – because it provided a pandemic narrative which wasn’t about consistent failure, but about his ultimate success.

Now that has all been put at risk, by cack-handedness, grubby cynicism and perpetual contradiction. Even in self-interested terms, it’s deeply foolish. The good-times-are-coming message won’t last if people feel the virus is running out of control again.

So now we all have to sit, and fret, and cross our fingers, and hope that the ineptitude of the government doesn’t undermine what has been accomplished over the course of this apparently endless winter. They’re up to their same old tricks. They’re incapable of learning. And we don’t know yet what the price of that will be.