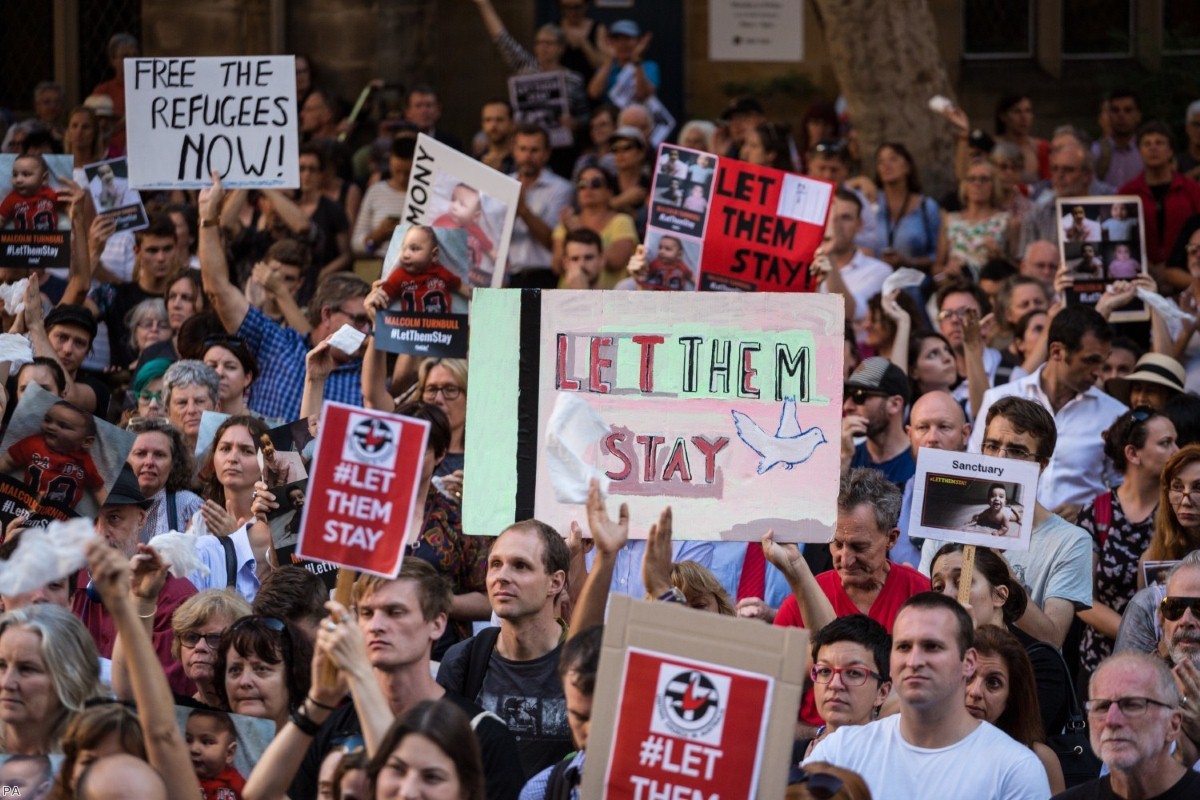 Australia's offshore asylum processing system is a moral abomination. It is astronomically expensive and grotesquely inhumane. It has caused deaths, child abuse scandals and a mental health catastrophe for torture survivors and other asylum seekers warehoused on Nauru and Manus Island. Earlier this year, the International Criminal Court prosecutor described detention conditions on the islands as constituting "cruel, inhuman and degrading treatment" in violation of international law.

The harm to these men, women and children – the vast majority of whom Australia recognises are refugees – is matched only by the incalculable damage to Australia's international standing. The UN high commissioner for refugees has lambasted the offshore system as an affront to "fundamental principles of family unity and refugee protection, and to common decency" and called for it to end.

It was not so long ago when Britain was among the 100 or so states to have condemned Australia's asylum practices at the United Nations. It is disturbing, therefore, to see the government of Boris Johnson flirting with similar plans to ship asylum seekers to the islands of Ascension and St Helena in the south Atlantic ocean. This news was quickly followed by leaks of even more preposterous proposals to deter asylum seekers from crossing the Channel with wave machines and water cannons. Whitehall sources are understandably clambering to disassociate their departments from these risible ideas.

But it is not only Australia’s draconian asylum policies that Downing Street covets, it is also its anti-asylum politics.

Scapegoating of asylum seekers for political advantage is a shameful Australian political sport. John Howard won a federal election in 2001 by claiming that asylum seekers were throwing their children overboard to compel their rescue at sea. It was a complete lie, promoted by Lynton Crosby, who later became Boris Johnson's electoral strategist. Donald Trump took the idea and ran with it, manufacturing a crisis about “caravans” of central American asylum seekers to sway the US mid-term elections last year.

This toxic strategy was created in Canberra, copycatted in Washington and is now being entertained in Britain.

Johnson's team spent most of the summer curating a political storm about the Channel crossers on the pages of the right-wing press, starting in the Daily Mail and Express before moving to the Times. It was clearly a strategy to distract us all from the government's woeful handling of the covid crisis and Brexit negotiations and foment fears about border control to shore up the fragile 'blue wall' on which its parliamentary majority rests.

And just as Trump's xenophobic posturing has bolstered white supremacists in America, so too the far right in Britain has been emboldened by hostile government rhetoric on asylum seekers. Neo-fascists are actively targeting asylum seekers in Dover and in hotels and other accommodation. The response of ministers has been, effectively, to stand back and stand by.

The truth is that the number of asylum applications in Britain is dropping, not rising. Britain is still one of the richest countries on Earth and yet we give safety to less than one per cent of the world's refugees. A 'Global Britain' that wishes to continue playing "a leading role in responding to global challenges" should and can do more to help.

As the leader of a charity helping torture survivors, many of whom have made perilous journeys to reach safety in the UK, I feel enormous anxiety about the dangers run by those crossing the Channel in dinghies. But I also have a perspective rooted in our clinical work about why people on the run from tyranny are prepared to risk it all to reach the shelter and care that we have a long tradition of offering in this country.

The tragedy of the ludicrous 'blue sky' thinking revealed last week is that sensible and humane policy options to stop the boats have been sitting in front of ministers this whole time. Restarting the UK's successful refugee resettlement programme, suspended in March, and the scheme devised by our patron, Lord Dubs, to bring lone child refugees to Britain would make a good start. The smugglers in Calais would be put out of business tomorrow if the UK opened up an asylum processing centre in Calais, as French politicians have long suggested.

I have witnessed the politics of hate against asylum seekers in my home country of Australia and I regard its imitation here in Britain with utter horror. Offshore processing and pushback operations have left a deep stain on Australia's honour and dented the values of fairness and equality that we Australians hold dear. Britons should look on these mistakes and sail the other way. British values that we all cherish depend on it.