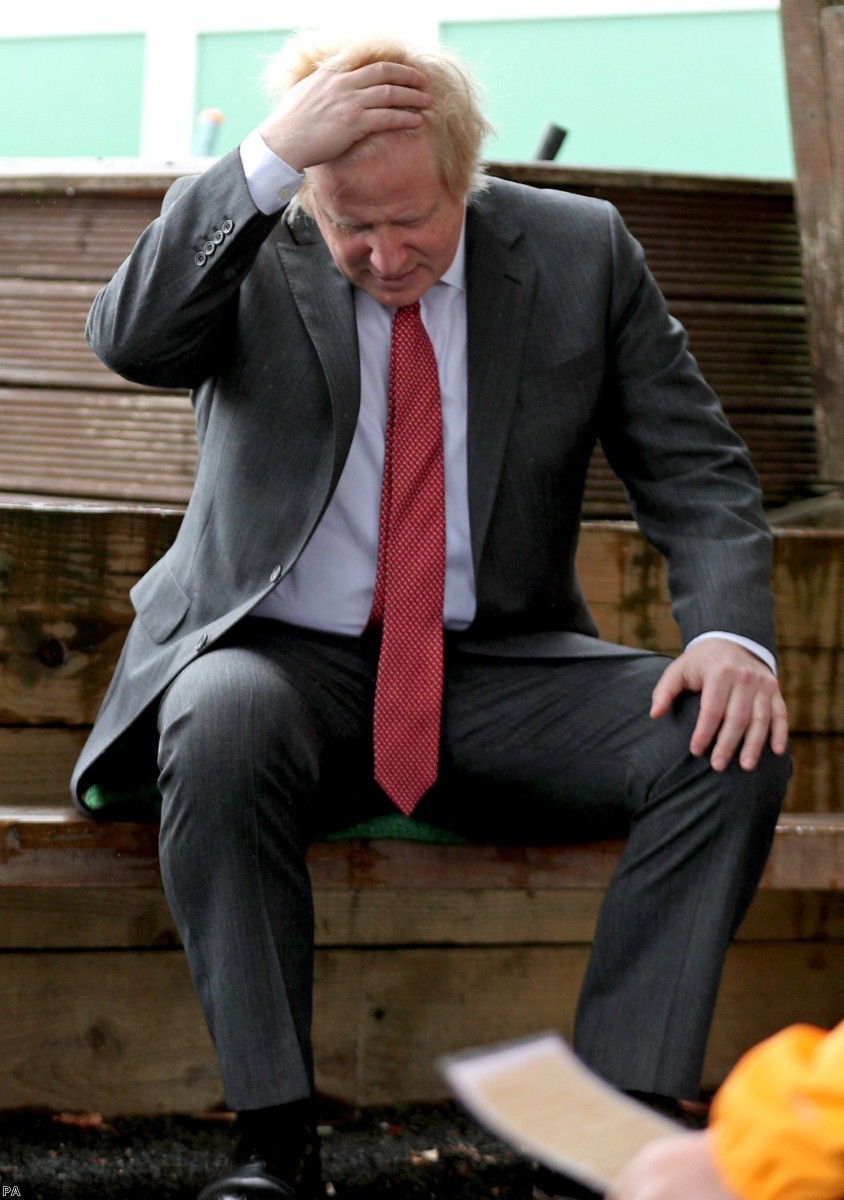 We can’t fight covid and Brexit at the same time

"Everybody has a plan," said Mike Tyson, "until they get punched in the mouth."

It's probably Tyson's best-known quote and with good reason. It speaks to anyone who has felt their heart sink and possibly their legs wobble as their carefully crafted scheme runs into inconvenient events.

In Britain of late, we've become accustomed to being hit by events, be they full-on global crises or more modest DIY jobs.

Both Brexit and covid could entail severe economic shocks. A great many jobs in this country depend on businesses being able to absorb the fallout from the pandemic and any effects of leaving Europe.

Inevitably, some sectors will be affected more than others. A recent weighty report, commissioned by Best for Britain from the independent Social Market Foundation, illustrated what the combined effects of covid and Brexit could be.

If you work in the North-West of England, the Midlands or parts of London, it makes for a particularly disturbing read, though it's not exactly laugh-a-minute for the rest of the country either.

The report divides business sectors into five risk categories, and looks at the impact of covid, followed by an agreed free trade deal or no-deal exit from the EU, and then the combined impact of these individual storms.

In the three areas just mentioned, more than a quarter of jobs are in high-risk businesses, should Britain exit without a deal.

The report clearly shows that, while leaving Europe with some kind of a deal will be painful, exiting without a deal will be hugely damaging for many businesses – businesses already reeling from the impact of covid.

For Conservative politicians, something that stands out in this analysis is the high level of risk in the so-called Red Wall seats that elected Tory MPs at the general election. The government places great importance on 'levelling up' Britain and is relying on this plan to hold on to those seats.

But come December 31st, countless businesses in these Red Wall seats will face extremely significant challenges if Britain says goodbye to the EU without a deal. Nissan will not be the only major manufacturer considering withdrawing from the UK altogether.

So I do urge colleagues to remember Tyson's warning about how useful plans are until one is punched in the mouth. Be in no doubt that, in addition to the tragic human cost, covid has already inflicted a huge economic blow.

Large numbers of jobs have gone and, according to the Institute for Social and Economic Research, up to 6.5 million could be at risk at some point as we tentatively leave lockdown. Plans for apprenticeships and rebuilding infrastructure will help, but businesses need time to get over the pandemic.

There have apparently been discussions in Threadneedle Street about dropping interest rates into negative territory. This could destabilise the entire banking sector again and would, at the very least, put pension funds under intense pressure. Central banks do not have all the answers to the human costs of job losses.

Our health and care system also needs time to get over the pandemic, having in many ways been stretched beyond breaking point.

Of course, there are many elements we cannot control – the global prevalence and impact of the coronavirus, and the domestic politics of countries with whom we wish to sign trade agreements, to name but two. But one thing we do have some control of is the timing of new trading arrangements with Europe.

We have already left the EU – Brexit has happened – but it is within our gift to agree an extension to that December 31st deadline, so that businesses, hospital trusts, civil servants, bankers, politicians and the rest of us do not have to get in the ring with covid and Brexit simultaneously.

Ultimately, Britain has what it takes to deal with both these challengers, but no amount of pluck and flag-waving will save us from the utterly unnecessary damage that could be mitigated by ensuring we are fighting only one bout at a time.

This Best for Britain Report highlights the emerging risks to the entire country – and particularly to the North-West and Midlands – of carrying on with EU divorce negotiations as if covid never happened.

Brexit occurred on January 31st, just as the coronavirus was getting its gloves on. We cannot undo either of them.

But we can take a pragmatic, common-sense view about retaining the option to avoid having to deal with two major threats at once and avoid diverting resources away from fighting the killer virus. The immediate focus must be on covid, and that may well mean giving ourselves more time to deal with the EU negotiations more thoroughly.

Otherwise, come December, we could find ourselves wishing we had not chosen to be in the ring with Tyson and Ali too. It's time to take back control of the timescale and focus on winning one fight at a time.

Baroness Altmann of Tottenham was pensions minister in 2015-16 and is an authority on issues such as pensions, social care and retirement policy.