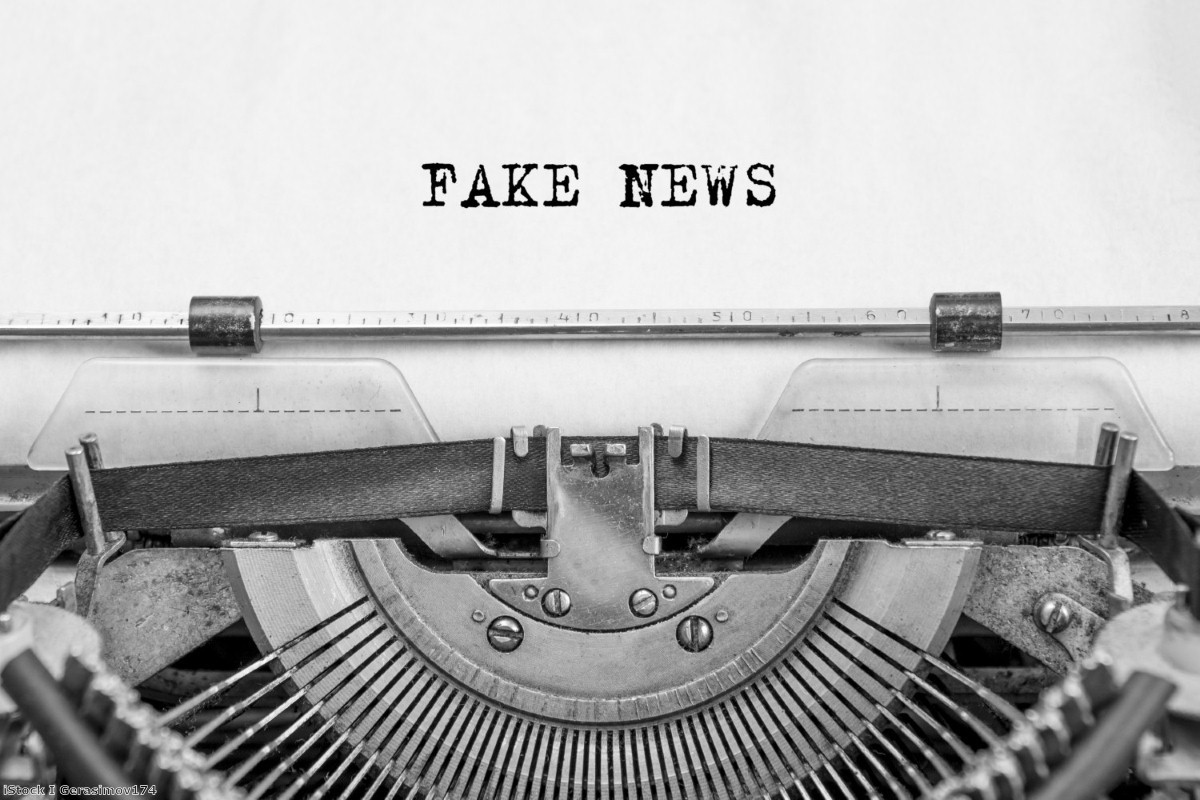 Stop Funding Fake News campaigns against the online fake news industry. And in a general election, it's clearer than ever why our efforts are necessary.

Politics in a liberal democracy is a contest for the hearts and minds of voters, but this is being disrupted by malign forces spreading dangerous fringe ideas based on misinformation and hate. Fake news that often claims to hate the 'mainstream' or the 'establishment' has now become an established industry in itself, enriching its key figures by advertising mainstream brands. But by enlisting consumer power and using some social media muscle, we have found a way to stop it.

As you read this article, fake news – advocating hate, conspiracy theories, climate denialism, suspicion of vaccines and more – is spreading across the internet and filling people's social media feeds. This has led directly to the coarsening and confusion of our public debate. But since we started earlier this year, Stop Funding Fake News has successfully reduced the advertising income, and therefore the productive capacity and reach, of fake news outlets such as Politicalite, The Canary and Westmonster by persuading ethical advertisers, such as Sky, WWF, eBay, Macmillan Cancer and others to remove their adverts from these dangerous websites.

Some businesses, however, are easier to engage than others.

Last Wednesday, a fake news website called Dorset Eye published a chillingly hateful article on the Chief Rabbi of Great Britain, entitled: "A modern day Judas who is creating hate." The piece received thousands of social media shares, comments and interactions within the first few hours of its posting. The article said:

"The way things are going, with Israel interfering in UK politics with paid agents like yourself, I can see anywhere you care to name in Europe or the UK suffering another Kristalnacht [sic] within the next twenty to twenty five years, emboldened by the likes of you".

Kristallnacht (German for 'The Night of Broken Glass') was a pogrom in November 1938 where Jewish homes and businesses were smashed to pieces. Jewish women were beaten and raped and tens of thousands of Jewish men were detained for transfer to concentration camps.

The article goes on to question whether the Rabbi can "claim to be a human being". This is clear dehumanising language. And by blaming Jewish people for the anti-Jewish hatred that caused Kristallnacht, it is, in fact, akin to Nazi propaganda.

The article was shared widely by social media users. Its carefully-constructed headline encouraged people to click through to find out who was the subject of such vitriol. And with each click on that headline, more money landed in two bank accounts: one belonging to Dorset Eye – and the other belonging to Google.

To understand how this works you need to know a bit about Google's advertising business. Google gives publishers of content a way to make money from advertising by integrating them into their network of content publishers. And it gives brands a way to get their adverts seen by charging them to display them on that content network. Google's algorithms help decide which ads to show based on how we, the users of the internet, behave.

As we use the internet, Google gathers data about you and your interests. This data is packaged up as a service: advertisers pay Google to use their consumer insights to target their products at potential purchasers.

For websites such as Dorset Eye, the thinking is simple. The more clicks they can attract, the more money they get from Google. This incentivises content publishers to prioritise clicks over facts, moderation or ethical journalism. They know that clicks are driven by sensationalist headlines and the idea they have special information that other publishers won't publish. This is why Fake News sites are constantly attacking the 'mainstream media' and challenging the very notion of objective facts.

Despite us calling on GoogleAds to withdraw their services from the Dorset Eye immediately, we have still seen no action, even though we can prove that Dorset Eye is violating Google's terms of service. Private Eye has described us as "doing the job Google should have done in the first place".

But we know how to beat this, because we have done it before.

We're just a small group of activists, committed to calling on brands to stop funding hateful fake news. We only started this year, and we've already got 68 brands to pull their ads from fake news sites, forcing our targets to find support elsewhere. In some cases, it has led to them downsizing their operations or coming to a standstill. A few months ago, The Canary credited us for their decision to downsize their staff. Another target, Westmonster, originally set up by Arron Banks, appears to have permanently disappeared.

We've achieved this so quickly because regular people have seen our calls to action on Twitter – you can join our call in just two clicks, by retweeting our message to Google here. And we did it by demanding better from the brands people love.

Producers of hate and fake news have far less reach in this election than they did in 2017. If we keep going – if more members of the public send tweets to their brands and stand together with us – we can drive their reach down further still.

Moderation, truth and tolerance can beat extremism, lies and hate – but only if we fight back and fight smart.

Stop Funding Fake News is a group campaigning against fake news. You can follow them here.