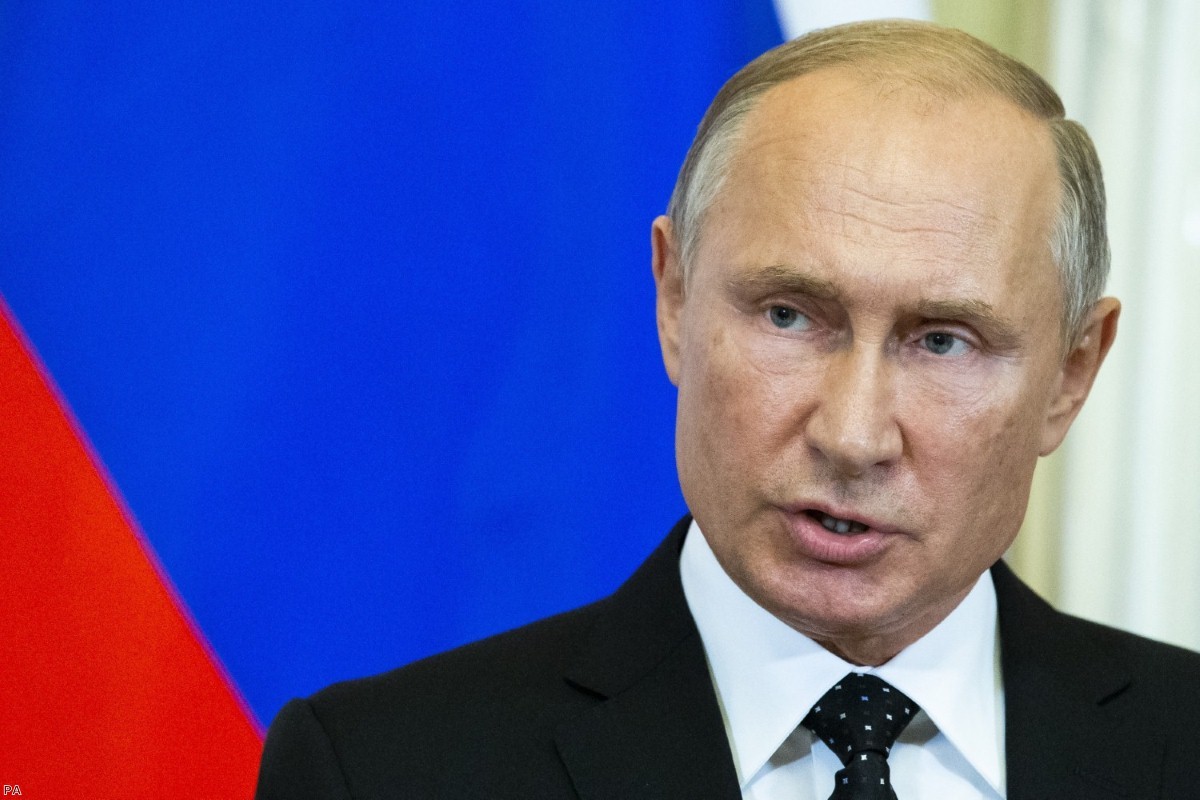 Skripal poisoning: It’s time for the Corbyn left to confront its Putin problem

Last week, Russia's disinformation machine finally jumped the shark. The interview of 'Ruslan Boshirov' and 'Alexander Petrov' on RT was an obscene display of contempt towards the West and Britain in particular.

No-one was able to convincingly pretend their story stacked up. Suddenly, the pro-Corbyn media chorus was largely silent. There was hardly a mention of the sustained, months-long campaign they had run to discredit the criminal investigation into the attempted assassination of Sergei Skripal. And there was not a hint of contrition.

The weeks after the poisoning were typified by a wave of sneering innuendo from pro-Corbyn bloggers. Websites like Skwawkbox, The Canary and Evolve Politics dutifully helped broadcast the standard disinformation you see in Kremlin-related events. Conspiracy theory after conspiracy theory was cooked up, not out of any desire to seriously interrogate what happened to the Skripals, but simply to throw doubt on the government's position.

A central figure in this disinformation campaign was former British ambassador to Uzbekistan Craig Murray.

Murray's outlandish claims were wild and baseless, even going so far as to imply Israel might be behind the attempted assassination in a bid to damage Russia's reputation. Instead of being dismissed offhand as borderline anti-semitic drivel, his nonsense was widely shared by pro-Corbyn voices. Novara Media founder Aaron Bastani described him as "the only person who conducted anything resembling investigative journalism around the Skripal story", which suggests he understands neither investigations nor journalism.

Murray was one of the few people left still supporting Putin last week, cooking up conspiracist propaganda about timestamps in the CCTV screenshots, which was then, like clockwork, shared and promoted by the Kremlin. He then performed similar contortions in order to further defend Boshirov and Petrov, trying to twist and turn their bizarre lies into a believable narrative.

This is the broader media support base Jeremy Corbyn operates from, but Kremlin sympathisers reach all the way up into his frontbench team and back office.

His spin doctor, Seamas Milne, once offered fawning praise for Putin's Duginist 'multipolar world' speech at the Valdai Club. Shortly before joining the Labour campaign, he was putting out articles blaming the Russian invasion of Ukraine on Nato. He now seems, at best, indifferent to Russia's military intervention in Syria. He has been accused of policing the Labour party and removing statements regarding Russian foreign policy aggression from party statements.

The problem goes all the way to the top. Before becoming Labour leader, Corbyn was chair of the Stop the War coalition, a group that has been routinely accused of defending Russian military aggression. During his time as chair, a routine denier of Syrian war crimes was invited to address a Stop the War conference, prompting Owen Jones to pull out of the event in protest. Corbyn's supposedly anti-imperialist worldview has seen him routinely equivocate on war crimes committed by Russia, Iran and the Assad regime. Before becoming Labour leader, he frequently published articles in the far-left Morning Star, a newspaper that called the slaughter of Aleppo a "liberation" and often parrots explicitly pro-Kremlin talking points.

Corbyn and Milne both appeared comfortable giving the Kremlin the benefit of the doubt over the Novichok poisoning. Corbyn even suggested sending the sample to Russia so they could say it wasn't theirs.

The bloggers, spin doctors and leadership will now claim they were 'just asking questions'. And it's true. They ask a lot of questions when the Assad regime gasses children with nerve agents and bombs UN aid convoys. But when Western-backed Saudi/UAE forces bomb school buses in Yemen, there is no similar call for evidence. They stop 'just asking questions' when Israel bombs Gaza or shoots protesting Palestinian children.

Those are open and shut cases for the left. One suspects this would have been too if the agents were from Mossad. But when Putin is to blame, the benefit of the doubt follows. This, of course, is par for the course. Seeking an unattainable evidentiary threshold is part of the Kremlin's playbook.

The Corbynite left has spread Putin's propaganda and now it moves on and forgets about it, like nothing has happened. They have categorically failed to retract, apologise or show any contrition for the role they played in spreading these lies.

The Skripal poisoning has proven without doubt that British lives are in danger due to Putin's foreign policy. If Labour wishes to govern the country, it shouldn't be helping him get away with murder.

Oz Katerji is a writer, filmmaker and journalist with a focus on the Middle East, and former Lesvos coordinator for British charity Help Refugees.