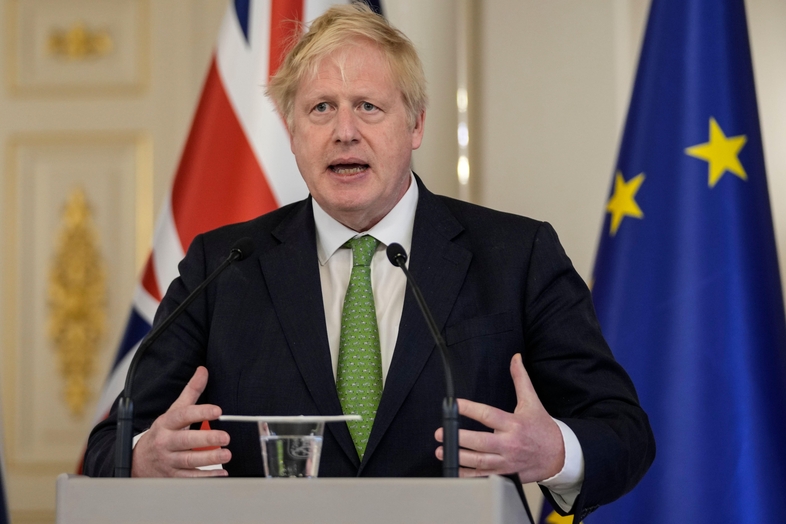 UK prime minister Boris Johnson has stressed that there can be no return to a “normal” relationship with the Kremlin as the invasion of Ukraine continues to wreak devastation.

His remarks come as Finland, a nation that shares an over 800 mile frontier with Russia, has announced its plans to join Nato.

Quizzed by LBC Radio earlier today over whether Vladimir Putin could be received on international stage if he were to express or demonstrate contrition for the war, Johnson said: “Repentance is going to be very difficult for Vladimir Putin now … nothing is impossible, I suppose, but I just cannot see for the life of me how we can renormalise relations with Putin now.”

“The world basically said, this is appalling,” he said in reference to the 2014 annexation of Crimea, going on:” We condemn it, we denounce it — and we did. And we put on sanctions. But at the same time, we kind of opened negotiations with him about a way forward.”

“And Putin basically used that as a way of twisting the knife in Ukraine,” he went on.”

He said that: “If the Ukrainians were to do any kind of deal with Putin now, the risk is that he would do exactly the same thing and they know it. So the short answer is no. No renormalisation and the UK is very clear about that.”

“Finland must apply for Nato membership without delay,” Finnish president Sauli Niinisto and prime minister Sanna Marin said in a joint statement yesterday evening. “We hope that the national steps still needed to make this decision will be taken rapidly within the next few days.”

There are also reports Sweden could apply to join the treaty organisation.

The two countries moves toward the defence pact follow a ramping up of cooperation with Nato since Russia’s 2014 invasion of Crimea, and mark a profound shift in policy.

No 10 have since publicly backed the moves, with the prime Minister’s official spokesman telling journalists this afteroon that: “We are firmly committed to Nato’s open door policy.

“Obviously they are now at the early stages of undertaking democratic consultations and we fully support and welcome that.

“Nato is a defensive organisation and we support 100 per cent any country’s democratic wish to join.”