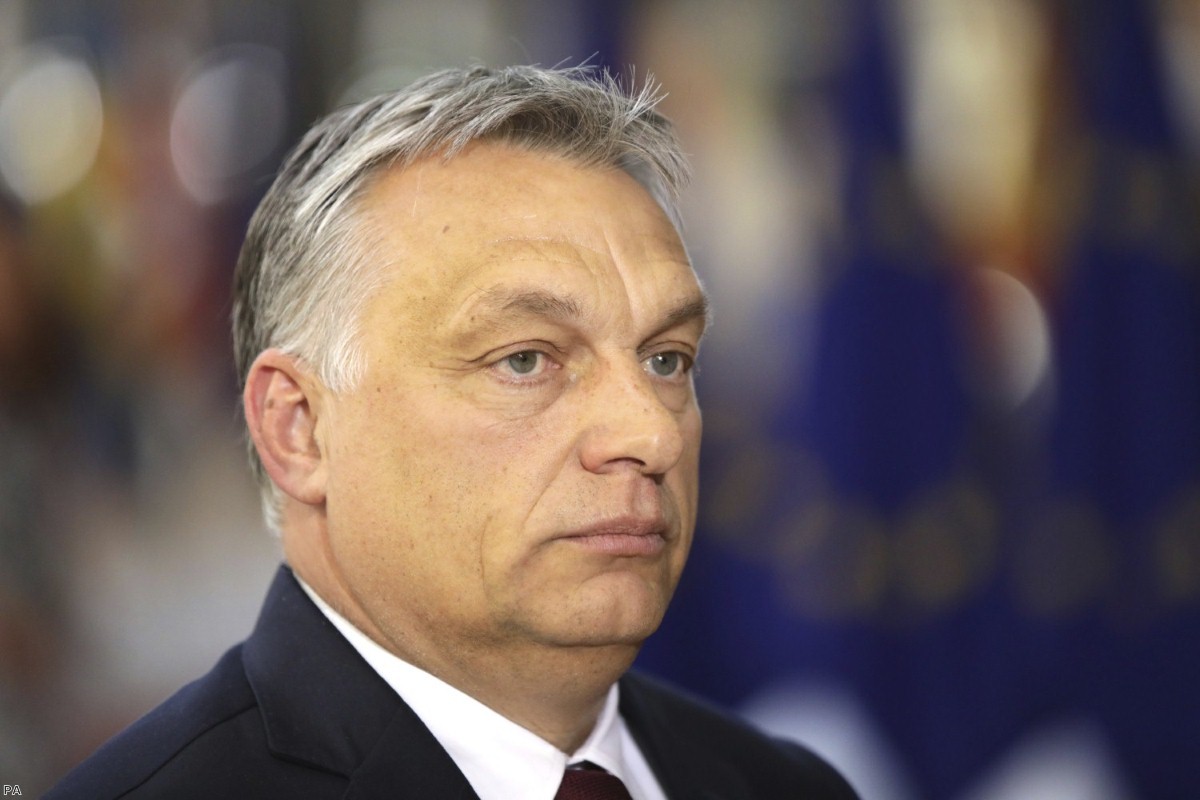 Why did Conservative MEPs vote to protect Orbans far-right government in Hungary?

Theresa May told the House of Commons last year that now "perhaps more than ever, the world needs the liberal, democratic values of Europe, values that the UK shares". If so, then she has to explain the limp reaction of her MEPs to what is unfolding in Hungary.

Earlier this week a key committee in the European parliament voted by 37 to 19 in favour of triggering Article 7 against Hungary. This could see the country lose of its voting rights for failing to uphold the values of the EU. But Conservative MEPs have stood against the move.

It is an extraordinary failure of responsibility in the face of far-right government.

Prime minister Victor Orban has set the country on a downward spiral to autocracy. His anti-immigration populist government has proposed that NGOs who support migrants are to be taxed an additional 25%.

Only recently May was telling Jeremy Corbyn that he needed to get a handle on antisemitism in the Labour Party, and rightly so. Yet her MEPs clearly did not feel the need to send the message to Orban that he needs to do the same.

May’s government is about to launch its LGBT 'action plan'. Along with passing Turing's law and legalising same sex marriage, the Tories have a good story to tell on this issue. High profile Tories like Justine Greening and Ruth Davison being so open about their sexuality would have been unthinkable 30 years ago.

But they are clearly taking a different approach when it comes to Hungary. This is a homophobic Hungarian government. The pro-Orban press has been campaigning against the showing of Billy Elliot in Budapest, describing the show as "a propaganda tool for homosexuality". As a consequence, ticket sales dropped and 15 shows were cancelled.

Public broadcasters in Hungary lack editorial independence. The executive director of Human Rights Watch wrote to Orban in April commenting that "figures close to the government have contributed to a dramatically polarised media landscape". May must be reluctant to make similar comments for fear of hypocrisy, given the support she has received from the tabloids against the 'mutineers' and 'saboteurs' on her own backbenches.

There is a certain amount of mutual back-scratching behind all this. The Hungarian foreign minister slammed Brussels for how it was treating the UK immediately after this week’s vote and warned that a no-deal scenario would be "devastating" for the EU.

It is a useful arrangement for May to have developed and her MEPs seem keen to maintain it. But no-one can truly stand against anti-semitism, homophobia and authoritarianism while failing to criticise Hungary.