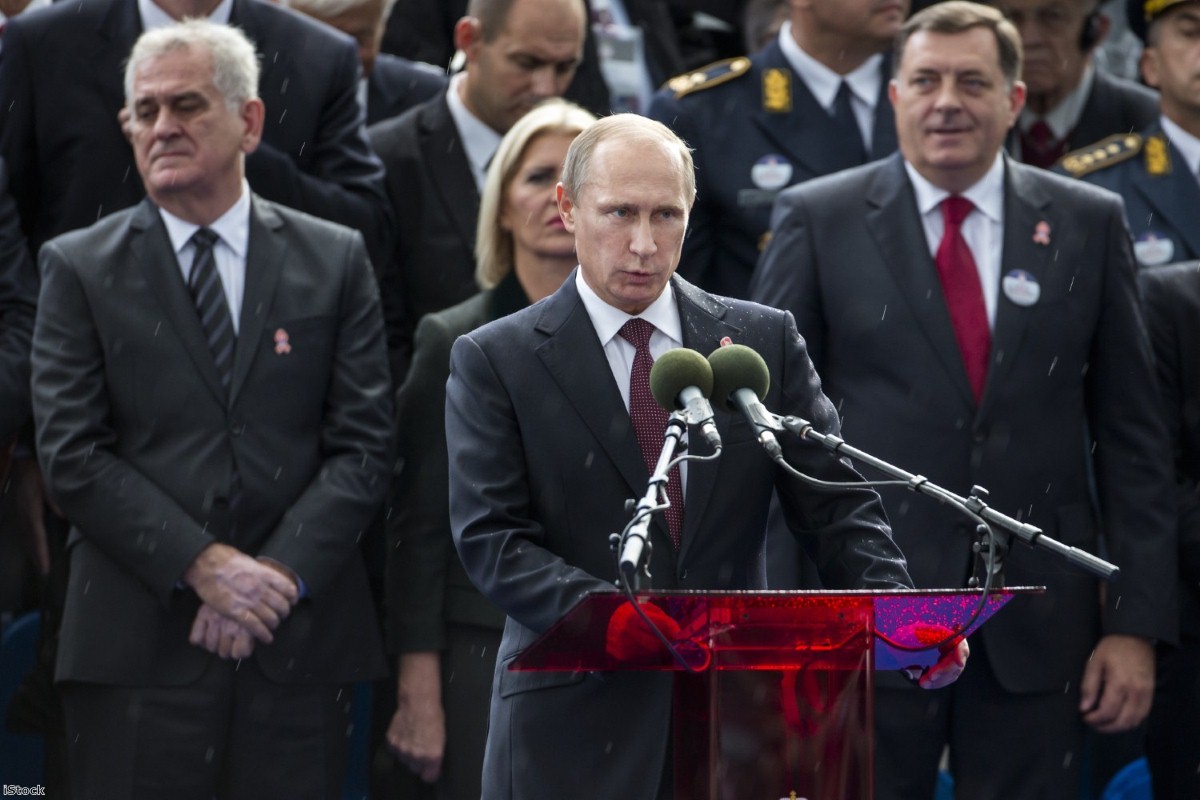 This is how Putin kneecapped the UN Security Council

Many critics of last weekend's military intervention in Syria, including Jeremy Corbyn, demanded that Britain instead try to find a political solution at the UN. But there's a problem there. The UN has been kneecapped on the issue. Vladimir Putin has made it effectively useless.

The ability of permanent members of the Security Council to veto actions has paralysed the institution. Given this landscape, calls to use the UN processes are either hopelessly optimistic or a ploy to delay and obfuscate.

This is not a recent development. Russia’s behaviour on the Security Council in recent years deserves careful scrutiny. Look at the history of its vetoes, which are a matter of public record – the draft resolutions and meeting minutes are available online.

Draft resolution 2011/612 condemned the use of force against civilians and called for safe and voluntary return of refugees and displaced persons, among other measures and sentiments of condemnation.  It was vetoed by Russia and China on October 4th 2011. On February 4th 2012, Russia and China vetoed a similar draft resolution, 2012/77, which called for an end to violence and engagement with a proposed Arab League action plan.  Neither of these resolutions were particularly controversial and focused largely on condemning violence.

Draft resolution 2012/538 condemned the use of tanks and other heavy weapon systems in urban areas and objected to widespread detention of Syrians by the Assad government. It endorsed a six-point peace plan by an appointed UN envoy.  Both Russia and China vetoed this proposed measure on July 19th 2012.

In 2014, draft resolution 2014/348 continued in the tradition of previous measures and condemned human rights violations. More importantly, it sought to refer the situation in Syria to the prosecutor of the International Criminal Court. On May 22nd 2014, Russia and China vetoed this draft resolution.

Draft resolution 2016/846 was drafted in mid-2016 and was sponsored by 46 UN member states. This resolution condemned failures to observe other (passed) UN resolutions, decried the use of aerial bombing in Aleppo, demanded efforts to reduce the funding of terrorist groups on all sides of the conflict, and called for humanitarian access to affected people. Russia vetoed this resolution on October 8th 2016. A few months later, another draft resolution (2016/1026) was proposed by Egypt, New Zealand, and Spain. A key aim of this proposal was to call a ceasefire in the ongoing battle for Aleppo and to expedite humanitarian assistance.  This proposal was vetoed by Russia and China on December 5th 2016.

The year 2017 saw no fewer than five Russian vetoes. Draft resolution 2017/172 was lengthy and raised many issues with regard to use of chemical weapons and the lack of cooperation with the Organisation for the Prohibition of Chemical Weapons (OPCW). This was vetoed by Russia and China on February 28th 2017.

Resolution 2017/315 was a joint US-UK-France measure which sought to condemn the Khan Shaykhun Sarin attack. It also backed two separate investigations – an OPCW fact-finding mission and a joint UN-OPCW effort to identify the perpetrators.  Russia vetoed this proposal on April 12th 2017.

Proposed resolution 2017/884 was very short, and sought to extend the mandate of the Joint Investigative Mission between the UN and OPCW. This was vetoed by Russia on October 24th 2017.  Resolution 2017/962 sought once again to renew the joint investigative mission and give it another 12 months of life. This was vetoed on November 16th 2017. The very next day, Russia vetoed 2017/970, which was a short resolution attempting to give just 30 days more life to the Joint Investigative Mission. Finally, Russia vetoed 2018/321 on April 2018. This measure would have condemned the Douma attack on April 7th and re-established the UN independent mechanism.

There are now enough vetoes so that we can see a clear pattern of behaviour. Actions speak louder than words, and Russia's actions on the Security Council speak very loudly indeed. Based on these vetoes, it is clearly not interested in stopping the conflict in Syria.

What it is clearly interested in is blocking actions which would determine facts about use of chemical weapons and attribute blame for these acts.  This is a brazen attack on well-accepted international norms.

Given this pattern of vetoes, dragging the same issues of war crimes, chemical weapons and civil war to the UN and somehow expecting a result other than a Russian veto seems an unrealistic course of action.

It is noble and decent sentiment to want to see the UN used for its intended purpose of providing a legal basis for political alternatives to war. But we need to be clear: Russia's behaviour is undermining the UN, not emboldening it. By kneecapping it in this way, a political solution becomes harder to achieve.