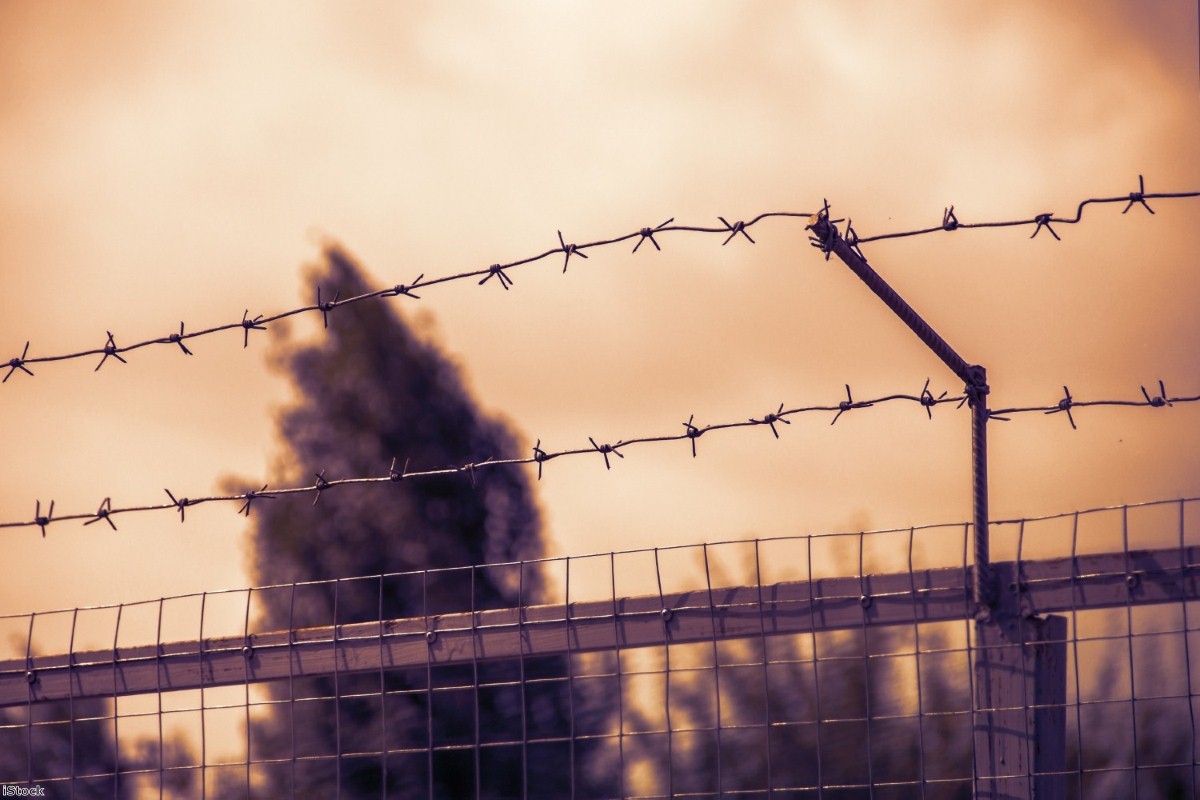 Road to purgatory: Indefinite detention in the UK

A couple of times a year, coachloads of protesters turn up at the Yarl's Wood detention centre in Bedfordshire. They chant and sing songs as they march through the fields next to the building. Their demands are simple: shut it down.

Yarl's Wood, and other immigration detention centres like it, have been a source of criticism and controversy in the UK for years. A parliamentary inquiry heard that medical circumstances in some centres were so poor that some detainees were not given treatment, even after suicide attempts. And LGBT detainees said they were frequently subjected to bullying, harassment and abuse.

"Behind every human being in a detention centre, there is pain, sadness and broken dreams." says Zara, who was locked up at Yarl's Wood as a child after arriving in the UK from Iraq.

"The British government should be ashamed of the draconian regimes in immigration detention."

In 2014, the chief prisons inspector Nick Hardwick called for a time limit to detention after it was revealed that 99 pregnant women had been locked up. A year later, more than 3,300 people were detained in removal centres under immigration powers, with hundreds of others kept in prisons.

At the age of 14, Deniz was held in detention in Dungavel. Even today he says he still suffers from depression.

"Around 6am, they broke down my door and threw me on the floor," he says. "Two of the immigration officers taunted me all the way to van. They were laughing at me and whispering racial slurs."

According to the Home Office's annual report for 2016, immigration detention costs the taxpayer £125m every year. That totals to just under £34,000 per detainee per annum. Furthermore, inappropriate use of immigration detention (e.g. lengthy detention) can lead to further costs as a result of compensation payments.

The MP for Glasgow North, Patrick Grady, has pledged his support to a campaign calling for an end to the indefinite detention of migrants.

"We need a new approach which prioritises compassion and fairness over punishment and isolation," Grady says. "Some of the practices employed at the Dungavel detention centre in Scotland, including the detention of children, have been absolutely shameful and show why we need a new direction when it comes to asylum and immigration policy."

With migrants spending months and years waiting for their cases to be heard, one of the few reliefs comes in communicating with the outside world. But for centres established by a developed country, access to technology is incredibly limited. With no phone or internet access, monitoring of social media and strict restrictions on campaigners trying to visit, the detainees trapped there are essentially cut off from the world.

In recent years, a number of detainees launched hunger strikes, some for more than two months, to try to win release. Some said indefinite detention is harder to bear than a prison term.
"When a criminal commits a crime they are aware of how long they are going to serve their sentence," says Amal Azzudin, the Scottish Refugee Council ambassador. "However, an asylum seeker who is fleeing war or persecution can be detained indefinitely. It is appalling that we have a system that treats innocent human beings this way."

"There is no reasonable justification for the use of indefinite detention," Naomi McAuliffe, Amnesty International's Scotland programme director, says. "It is expensive, ineffective, and has proven to be extremely harmful to many of those detained. People would be shocked to learn the full extent of rights abuses the most vulnerable people face in detention – the UK detains rape victims, torture survivors, and people with serious mental illness."

All of this was ignored by Theresa May while she was home secretary so there is little reason to believe that she will listen now. It's also likely that issues such as this will be forgotten or pushed to one side while politicians focus on Brexit. But if we really want to call ourselves a civilised country, it's time to put an end to indefinite detention and do what those protesters demand: shut it down.

Fuad Alakbarov is a political commentator, human rights activist and freelance writer. You can follow him on twitter here.