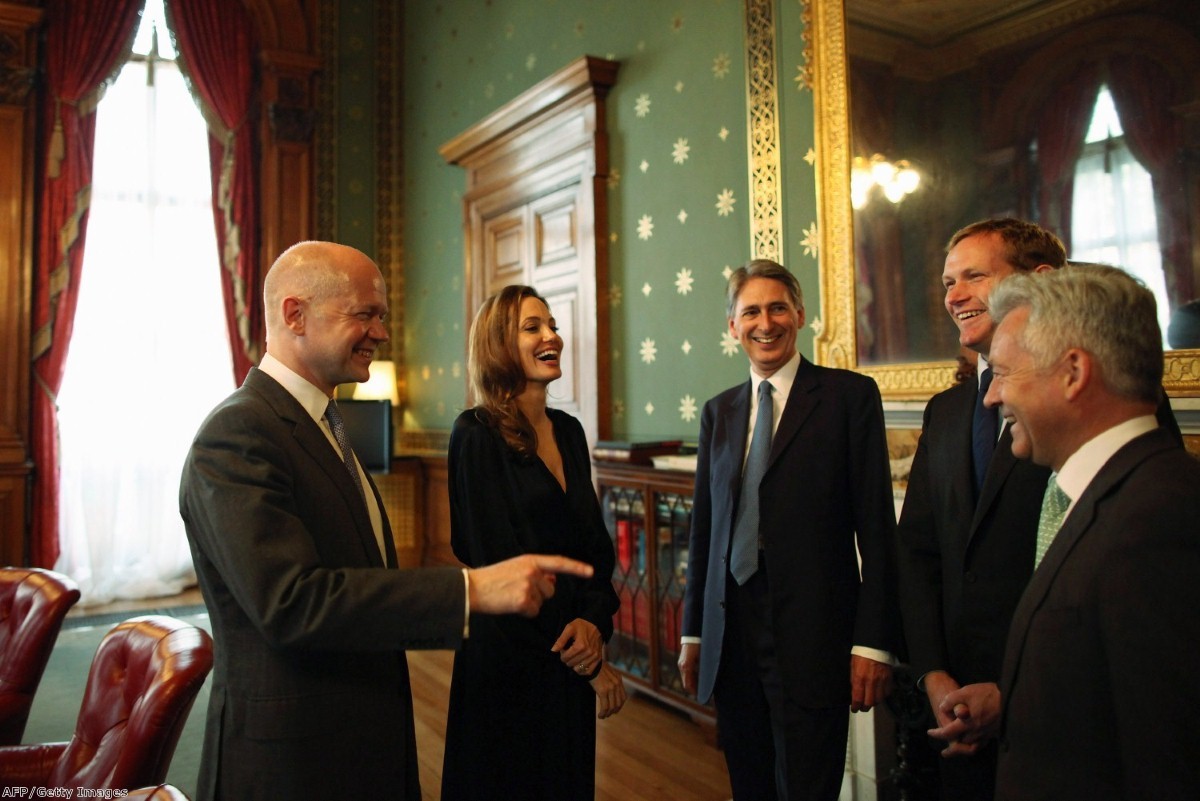 Comment: The Foreign Office pledges to help women – and then the Home Office betrays them

Angelina Jolie and William Hague's efforts to battle violence against women have been met with great fanfare. The celebrity odd couple have demanded greater protections for women from sexual violence – like the chance to speak to trained, female interviewers and interpreters about their ordeal ahead of male officials.

When the Foreign Office makes these grand statements, women like Zara (not her real name) listen in surprise. They know full well how little these standards count with the Home Office.

Zara is an asylum seeker who was forced to flee her home in Iraq because of her Christian faith and activities within the church. "If I was a girl who was good and quiet and stayed in the house, I don't know if any of this would have happened to me," she says. "But I was a girl who was out of the house and working and I wanted to live. It's horrible for me to have to ask for help because I am in a bad situation, but really I have no choice.

"In my country, maybe you've heard about the situation for women. They can treat you very badly. They can come and destroy your life, just like that."
Women like Zara, who come here knowing our global reputation for defending women's rights, experience the full force of the government's hypocrisy when they are denied basic gender-sensitive provisions within our asylum system. Zara was expected to tell her story to a man, with no psychological support provided.  She didn't feel able to explain in detail her ordeal and her claim was initially rejected.

Asylum seeking women are expected to tell their stories in full without gaps right from the start, or else run the risk that any inconsistency will be used as against them to say their claim is fabricated. They need a fair chance to reveal what has happened to them.

The standards the Foreign Office is promoting – an initial interview with trained female officials, childcare provision, counselling referral, and clear information about the process and their rights – should be adopted for asylum seekers in the UK, not just those abroad. If the Foreign Office has managed to convince Bosnia, Colombia and the Democratic Republic of Congo to sign up to these standards, the UK can as well.

"My caseworker was a young man, actually," Zara says. "I can't explain why – I think because I had so much anxiety in the interview – but when I was facing a young man, my brain was not connecting properly to my mouth. I couldn't explain myself clearly. My culture is from the Middle East and, you know, it made me uncomfortable. He wasn't good for me to speak to. Maybe for another person, but not a woman. At that time I couldn't explain myself rightly."

When Zara arrived she was under extreme pressure. She had just abandoned her studies, her flat and her family – perhaps forever. The last she had heard from her mother was that men had come and searched the house, found Zara’s blog posts and paintings, and that she should not come home. Zara was terrified of what would happen to her family and unsure what to do to protect herself. Just the smallest show of compassion to relieve her anxiety and explain her situation would have made a huge difference to her mental state.

"I actually think that having someone to talk to would have helped me a lot," she says. "When I talk to someone who cares, I can forget about my situation. If you have somebody who you can trust, you can tell them the truth about your story. That's so important. But I had nothing like that. And also they gave me no information, nothing. They didn't say I have a right to do this or that, or even tell me where I can find more information – nothing."

If our government is to have any credibility – at home or internationally – regarding standards for the women who have survived rape and violence, there needs to be a real change in how we treat asylum seekers. Leaving survivors of rape with no information or psychological support is completely unacceptable in a country which claims to uphold the rights of women.

There can be no excuse for the Home Office's failure to keep up with the Foreign Office's standards – as one of the richest countries in the world we should pride ourselves on the fair and equal treatment of all women. This is what separates the UK from the countries that asylum seekers are fleeing.