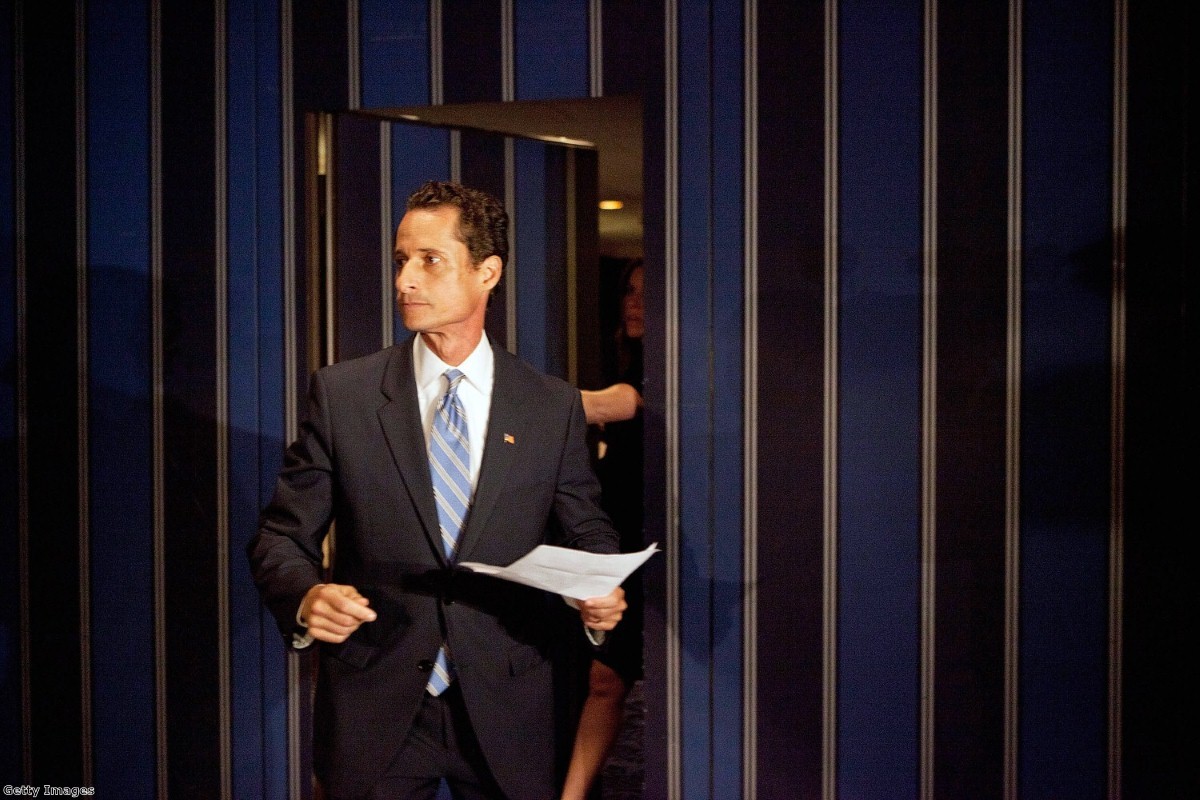 New York mayoral hopeful Anthony Weiner has not had a great time of late. His efforts to reach the pinnacle of the Big Apple's political system were somewhat complicated by pictures of his genitals, which he sent to several women, and not for the first time either. It's like Oscar Wilde said: to send an electronic message of your penis once is misfortune, to do it twice looks like carelessness.

Yes,he is called Weiner. That is his actual name.

This video sees him talk to TV Daybreak reporter Lucy Watson in Harlem when a series of searching questions leads him to snap.

"It's hard to take you seriously," he tells her."I've had a feeling I've stepped into a Monty Python movie."

Later he mocks Britain for…… wait for it…. the rain. Very original. If she'd given him another minute he might have even started on about the food.