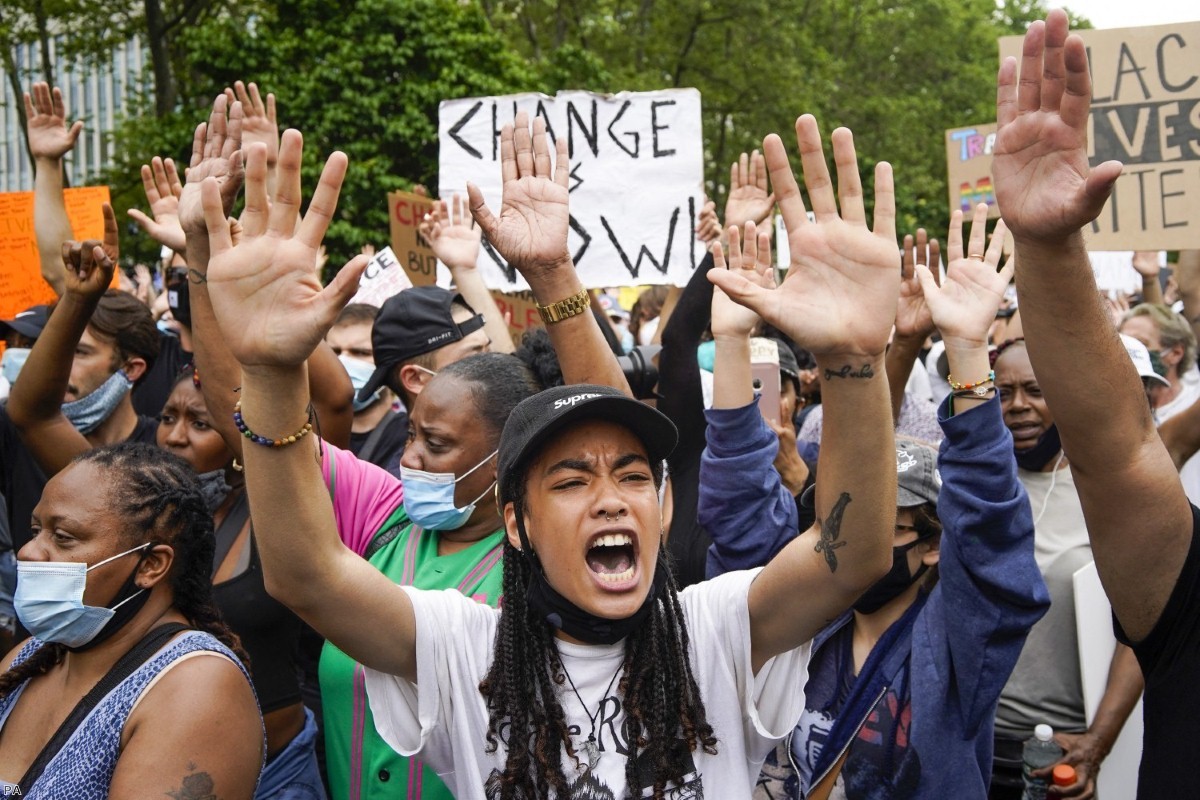 Week in Review: The fake equality of All Lives Matter

It emerges every time the Black Lives Matter movement has any success. The response from right-wing comment writers, pundits and social media accounts is always the same: All Lives Matter.

It's worth quickly breaking down this smug piece of cynicism. It is a phrase which aims to accomplish the precise opposite of what it suggests. It seems as if the force of it comes from a universal, equal view of humankind. But in fact it tries to protect and consolidate inequality.

None of this should need saying. It is profoundly obvious. But that criteria alone is no longer enough to establish the viability of an argument, so unfortunately it does.

To want to eradicate that disparity of treatment is true egalitarianism. That is what the battle for equality looks like. You can disagree about the tactics, but you cannot disagree sensibly about the mission without closing yourself off from justice, or empirical reality, or both.

To say that All Lives Matter in response is not, in fact, to care for all lives. It is to use egalitarianism against itself. It is to insist, against evidential reality, that all people are treated equally now. It is to use misuse normative statements as descriptive statements, in order to undermine efforts for change.

The use of the phrase is typical of a right-wing instinct which takes liberal terminology and twists it as a weapon against social justice. Where, for instance, have the great marketplace-of-ideas free speech campaigners been over the last week?

You couldn't ask for a more clear-cut moment of threat against free speech, individual rights and freedom of assembly than what we are seeing in the US right now. Protestors, demonstrating against the killing of a class of people by law enforcement, attacked by police in the street, beaten, hit by tear gas, shot with rubber bullets, put under curfew and branded "terrorists" by their own president.

So where are the great free speech advocates of the right? Nowhere to be heard.

Because, in truth, it's not free speech they want. They just know which bits of liberalism to mangle and distort as a weapon against the marginalised. They don't care about this any more than they care about immigration detention centres, or threats to the rule of law, or the suspension of parliament, or any of the other affronts to freedom and equality which should objectively be contrary to their stated values. They use these ideals against that which they are intended to achieve.

It's a proper stand-up-and-be-counted moment right now. The protests which broke out this week show the urgent moral need for people to be treated equally and freed from the discrimination and abuse which is directed at them.

Those who twist liberalism and egalitarianism to oppose them should be seen for what they really are. They're not controversialists, or classical liberals, or libertarians, or even contrarians. They're not that interesting. They're just, at the end of it all, bog-standard reactionaries: a lobby group against justice and change.