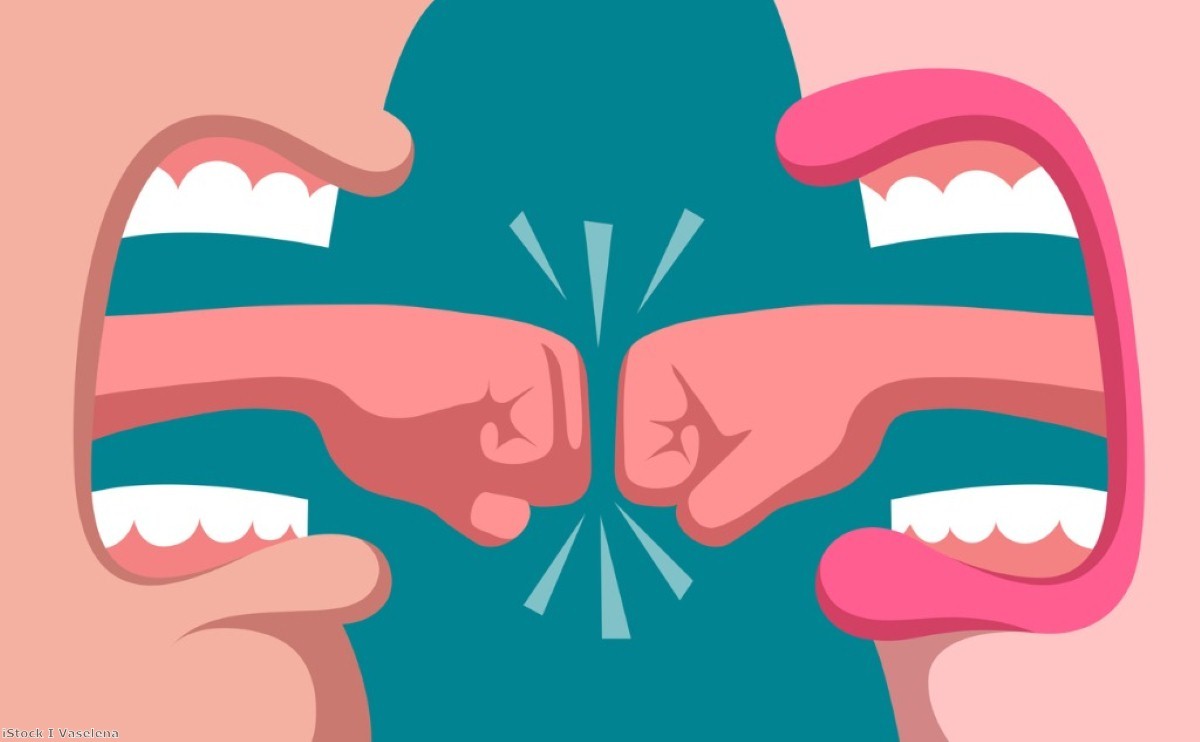 We'd held out pretty well. The absence of culture war has been one of the few reliefs of the covid period. For once, we all wanted the same thing. The applause on Thursdays was moving partly because it offered a sense of unity. Everyone was anti-covid. Everyone admired the NHS workers who braved it.

But this week the culture war started moving back in. And that's hardly surprising, because it was the first week that the government had to make policy proposals and then sell those proposals to the public, rather than just respond to a fast-moving situation.

Unfortunately, the only way this government – which is, after all, just the Vote Leave campaign in executive form – knows how to do that is through values-based engagement with demographic segments. It's Facebook advertising as a national communications strategy.

The core phrasing was 'common sense'. This was delivered with depressing regularity in the Commons on Monday. "Good, solid, British common sense," Johnson said, over and over again, as his response to seemingly every question.

The phrase was repeated by government spokespeople wherever possible. Faced with the former chief scientific adviser to the government on Newsnight saying the end of the lockdown was coming too early, Tory MP Damian Green replied: "I have greater faith in the common sense of the British people than Sir David King does".

Common sense as a phrase is really quite entirely meaningless. Sense isn't common. In politics, different interests have to be managed – for instance those of an employer who owns a factory and the employees who work in it. Nor is intuition, which common sense often implies, a particularly reliable guide to anything. Many things in life – from physics, to biology, to national finances, to monetary policy – are profoundly counter-intuitive, because they are complex and operate at a level beyond our normal day-to-day experience.

But even if common sense did have meaning – if it translated as the autonomous reason of the individual, say – it would not describe the package of rules the government has put forward. In fact, "good, solid, British common sense" doesn't get a look in. The rules are extremely odd.

They allow a meeting with one member of a household but not two at the same time, even though these are unified bubbles in disease control strategy. They prioritise economic relationships with estate agents and cleaners over those with a loved one. You can make a case for this if you like. But it's based on economic demand, not human intuition.

No.10 could have approached this another way. They could have said to the public that you can meet who you like, where you like, as long as you are two metres apart at all times and outside. That might have been smart or stupid – who knows? – but it would have corresponded to the messaging strategy, which stressed people's individual responsibility in making those judgements. The new rules do the precise opposite. They work on minute details and pass verdicts on them, often in quite baffling ways.

So if it isn't a reflection of the underlying strategy, what is it? That's simple. It is a communication strategy divorced from its content, almost certainly derived from extensive public research, of the sort which typifies the Vote Leave government under Dominic Cummings.

No.10 has polled nearly every aspect of public opinion during covid, on a nearly daily basis, with messaging subject to focus group assessments. "The internal polling is pretty extensive every day," an official told Politico. "We get an overnight breakdown of surveys of 2,000 adults. We get stats on how worried people are, people's perceptions of risk, whether they feel they're being served by government information, whether we've got the balance right between the economy and healthcare, polling on people's finances, thoughts on the NHS, about social distancing, businesses, workplace, face masks."

'Common sense' has a specific set of cultural attributes attached to it. People like to think they have it and they hate being told that they do not. It implies very strongly that the right solution is easy, not complex. It maps almost directly onto the demographic groups the government weaponised so effectively over the Brexit debate. It is a shorthand for rejection of expertise, for an insistence that instinct and unearned confidence trump research and understanding.

That fundamentally populist appeal took centre stage in the government response this week. And it was telling that once it did, all the old ways of doing things under the Brexit debate quickly reasserted themselves.

First of all came the basic incompetence – a prime ministerial statement on Sunday night telling people to go back to work, followed by an insistence the next day that it was only supposed to apply on Wednesday. Then came the outright lying, with Johnson insisting that Keir Starmer's description of the government health advice to care homes "wasn't true" despite the fact that it demonstrably was. Then the bullying tone-deaf stubbornness, with a refusal to acknowledge the lie, even when it was shown in black and white, and the assertion that the opposition should not criticise the government because "the public expect us to work together".

It's the same old ugly habits coming back once again. They don't know any other way of doing things. And as the stakes become higher they are likely to double-down on it, instinctively looking for the opportunity to sell their programme on the basis of cultural dividing lines. Right now, those who question them simply lack common sense. Soon, they will be actively working against the country by trying to kill off the economy, or needlessly scaring people.

The way to counter it is to ensure the debate stays within the realm of reason and evidence. We saw what happened when it didn't during Brexit. We can't let it happen here.