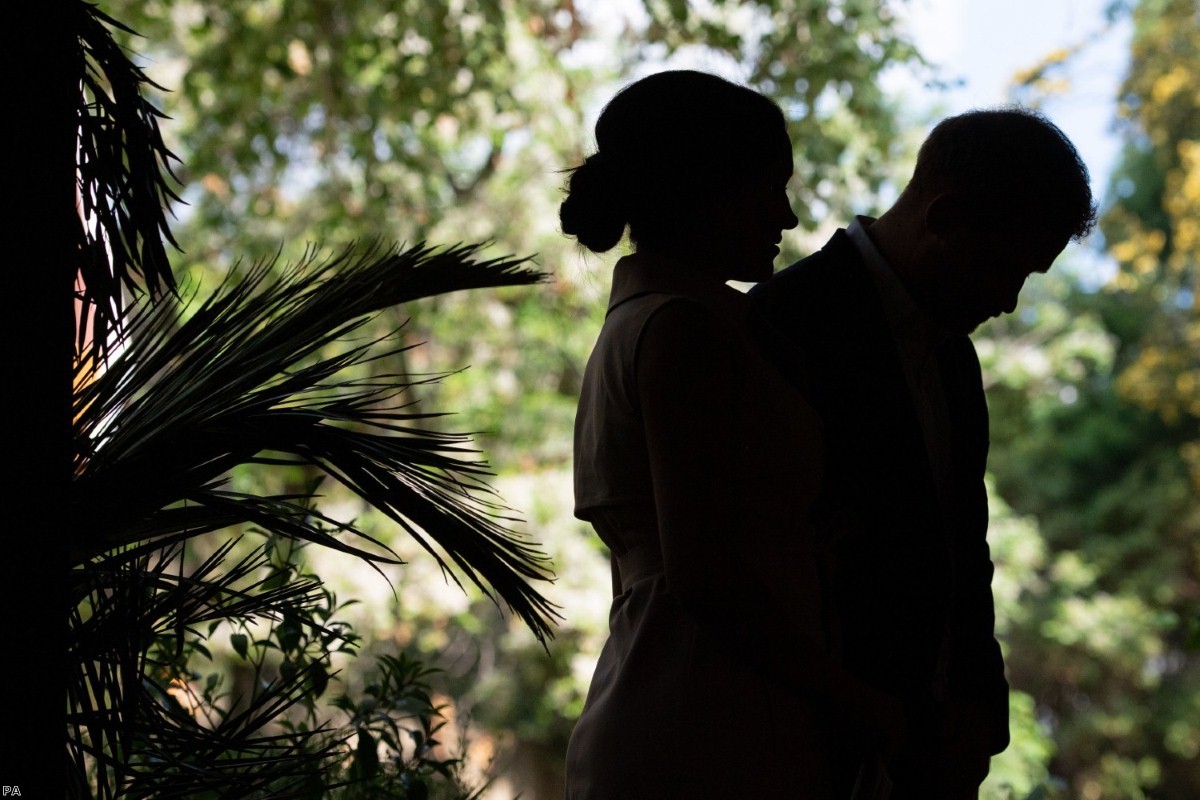 Week in Review: Harry and Meghan treatment shows how messed up Britain’s attitude to royalty is

The monarchy is quite obviously an insane idea. Centuries after the scientific revolution, we maintain a head of state system based on bloodlines, in the name of people whose ancestors were only recommended by virtue of their efficiency in killing their competitors.

Most of the pomp that we associate with it is not even truly traditional. They're developments from the late 18th and early 19th Century, when states all over the world started attempting to create a kind of ceremonial awe around the nation – from national anthems, to national days, to national flags.

This is when the Americans initiated their extremely creepy and fascist-looking worship of the flag in the morning, a practice they still continue to this day. We installed a complex system of pageantry and theatre towards the monarch. People treat it like it existed since time immemorial, but it's all nonsense. It is to royalty what Disneyland is to mice.

And yet it's one of those baffling wrinkles of history that the system actually works fairly well. Many liberals and left-wingers take umbrage at that, insisting that any society which worships unearned status is obviously fundamentally broken on a deep moral level.

That argument has merit, but it is countered by two other more prosaic ones. Firstly, the monarchy is not falling apart. Small measure of success that, admittedly, but in the current climate it's a fairly important one. Most of the other aspects of British identity and stability are in a state of complete disarray. The monarchy is not. And that alone suggests there's something to recommend it.

Secondly, the alternatives seem worse. The moment the head of state is elected, they are sucked into party politics at best and the culture war at worst. Austria's 2016 presidential election, again for a largely ceremonial role, saw a fascist and a green duke it out. It seems pretty likely that is exactly the type of dynamic we'd see here if we democratised the head of state system.

It's best that the head of state be non-democratic. That's what allows them to represent the whole country and not just some slice of it. Exactly how they're chosen outside of that fact is unimportant. Perhaps we could have the person with the longest shins, or the winner of the women's high jump, or whoever can answer the most questions about the Archers. But seeing as we have this insane system instead of that insane system and it seems to be working OK overall, we might as well stick to it.

There is a price to that, though. It is the completely mental discombobulation we seem to have over the monarchy as human beings.

That was on display this week in the aftermath of Prince Harry's statement about the legal action he is taking with his wife Meghan against the Mail on Sunday. "I've seen what happens when someone I love is commoditised to the point that they are no longer treated or seen as a real person," he wrote. "I lost my mother and now I watch my wife falling victim to the same powerful forces."

Plenty of the criticism of the couple of valid. If you take private jets while talking about climate change people are going to write some very fair stories about whether that makes sense. But plenty of it is sneering, puerile, grim and in some cases driven by an unspoken sense of racism. The coverage of Meghan Markle is not akin to that of other royals. It is much more hateful.

The reaction of parts of the press was drearily predictable. In the Sun, Jane Moore said the prince was trying to "wield the loss of his mother as a weapon". It is a grotesque way to talk about the loss of someone's parent when they were a child. Then she victim-blamed Princess Diana for the accident in Paris in 1997 in a manner which whitewashed the role of the paparazzi. "On the night of her death, she was safely ensconced in the Paris Ritz but chose, at midnight, to leave in a car being driven by a man three times over the French drink-driving limit." In the Mail, Stephen Glover called the prince "unbalanced" and emphasised a similar account of her death.

This is the sour spot of Britain's relationship with the royals. It's a kind of hinge, between the most mortifying fawning and sudden spasms of hateful bile.

Both aspects are ugly. The blathering idiocy of royalist deference, which seems as if Britain were making its own satire of Downton Abbey but actually living it out and taking it seriously. And then the sudden spiteful inhumanity it shows towards those same people if they fail to live up to their insane expectations. One of Harry and Meghan's greatest crimes, according to the press, is their reluctance to offer up their baby for ceaseless public scrutiny.

It really doesn't have to be this way. It's not a core part of the system. The Netherlands has a monarchy, as do several other European countries, and they don't act this way. You can keep the constitutional fix without the mental breakdown. All that's required is that we dial it all down a bit. But then, in our present state, that's not something we're very good at.