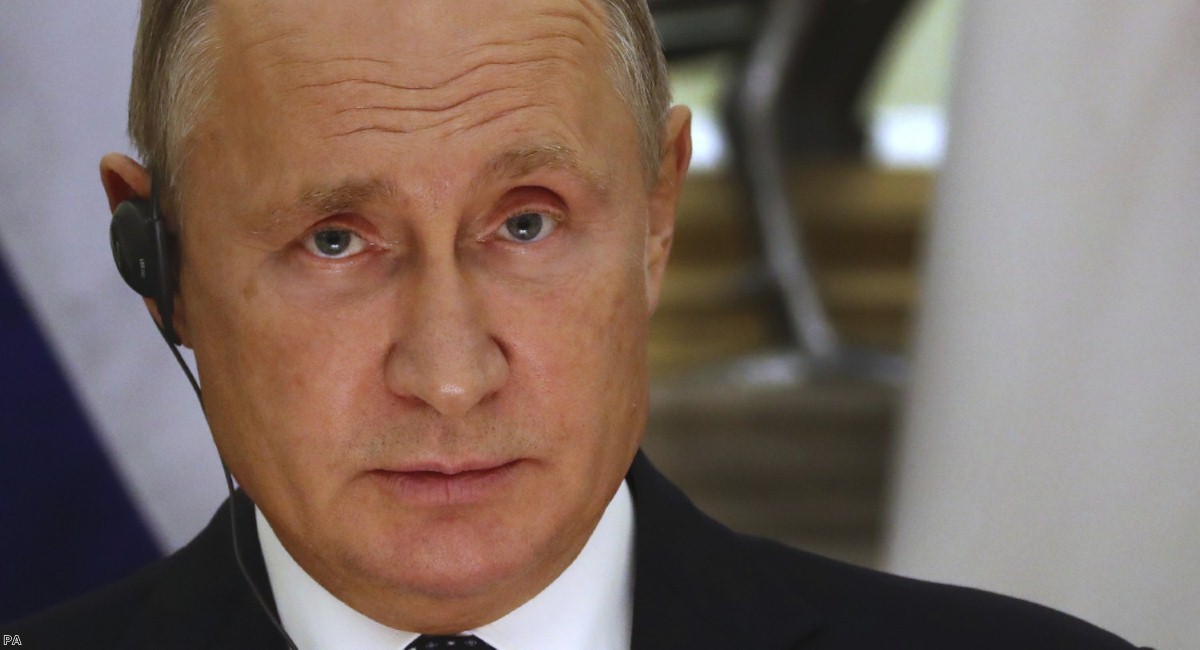 Four Russian agents arrived in the Netherlands on April 10th, rented a car, parked it as close to the headquarters of their target as possible, and tried to hack into their system. This is what we learned from the release of information about Putin's spying operations yesterday.

It's the story of how the post-truth sausage gets made. The target was the Organisation for the Prohibition of Chemical Weapons (OPCW), the world's chemical weapons watchdog. Russia was at that point embroiled in two chemical weapon rows involving OPCW investigations: one on the attempted assassination of the Skripals in Salisbury and the other on chemical weapon attacks by Putin's Assad regime allies in Syria.

Domestically, both those stories were heavily questioned online. It was almost impossible to mention either of them without waking up the weird and unholy coalition of the Corbynite left and the alt-right, whose mission it is to raise questions about the story presented by the authorities. Why would Assad use chemical weapons so close to the end of the war, they asked. Why didn't the Skripals die on the spot? Every day more scepticism. But they were 'just asking questions' you understand. They're just critically minded.

The Putin propaganda operation consists of a two-pronged attack. First, it sets an impossibly high evidential bar for culpability. Second, it muddies the water of reality. The spy attack on the OPCW shows how the second part of that attack starts. This is the beginning of the process which can provide the nonsense their unwitting allies in the West later jump on.

The four men had equipment for a "close-access hack operation" – in other words, getting within the range of the Wi-Fi and trying to get password access. They planned to go next to an OPCW-accredited Swiss laboratory in Bern, which does research into chemical weapons.

The information which could be salvaged from these missions would then be selectively released to allow Russia to undermine and delegitimise the watchdog.

This was the backend work. In Syria, Putin operated with the even less subtle tactic of simply preventing the OPCW from functioning. Inspectors who arrived in Damascus after the chemical attack on Douma were blocked from entering the town. For a week, Russia had the area under state control, while they were forced to wait outside.

Internationally, the Russians acted to take away the OPCW's legal capacity. They systematically vetoed every attempt to renew the mandate for its joint investigative mechanism with the UN. This stopped them from even being able to identify who is responsible for chemical weapon attacks in Syria and only confirming that an attack took place.

The Russians also vetoed draft resolution 2017/172, which addressed non-cooperation with the OPCW and 2017/315, which set up an OPCW fact-finding mission on the Khan Shaykhun Sarin attack.

That's how they get away with it. They remove the ability to access independent information, by blocking investigations on the ground and the legal ability of the organisation to pursue them. Then they spread misinformation by means of targeted hacking attacks, whose selected findings, repackaged to make them as harmful as possible, are spread out via a network of gullible journalists and fake-news websites. The end result is a smear of conspiracy theorists online, the armchair experts, moulded into suburban Kremlin stooges, bleating out the nonsense Putin made sure would cover his tracks.

This is the post-truth food chain. Those who have played any role in perpetuating it should take a good hard look at themselves. It's highly doubtful that they will.