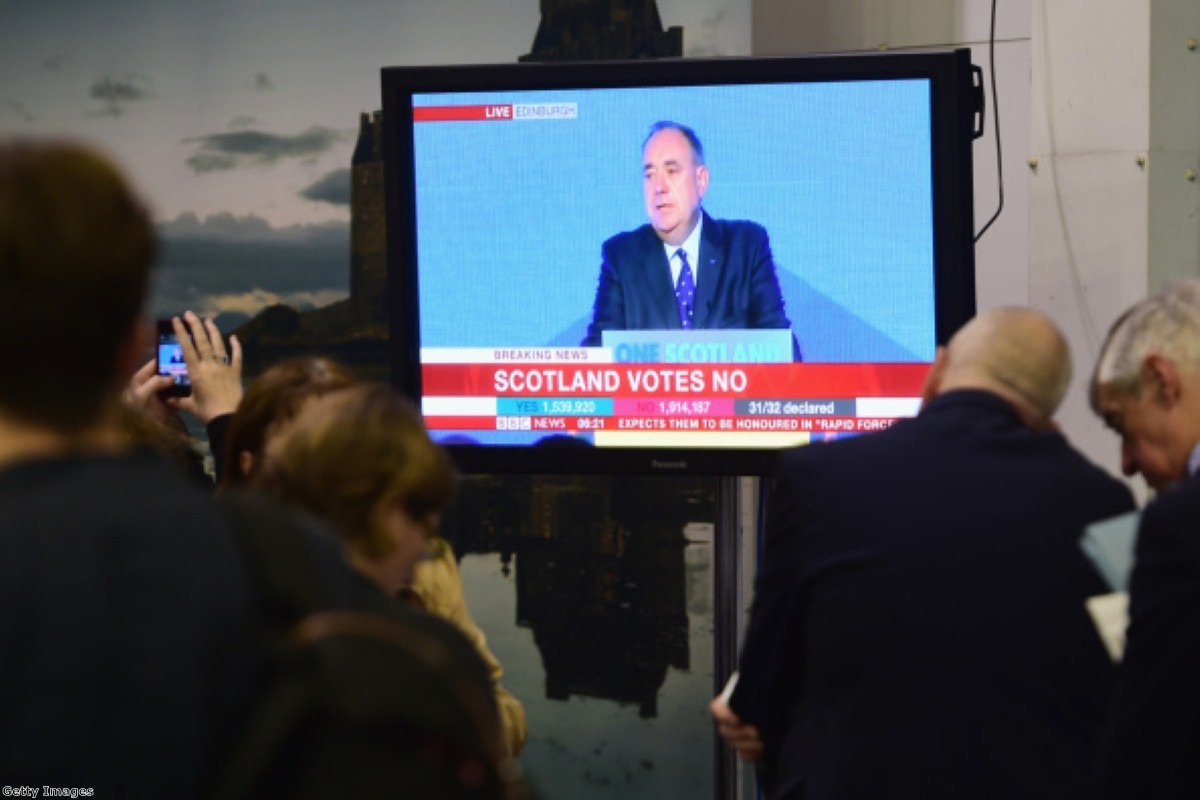 Exposed: The Scottish independence myth no party leader wants you to hear

Scottish nationalists spooked Westminster's party leaders into giving away more powers to Scotland than they needed to during last year's referendum, new research has found. It leaves no-one emerging from the palaver over the Vow with much credit.

Shortly after the 'No' victory, polling by Lord Ashcroft indicated that the reasons people voted against independence were primarily those that had dominated the campaign long before September: the health of the Scottish economy, staying in the EU, keeping the pound.

The referendum threat was seen off because people voted with their heads, not their hearts. But somehow that argument has become unacceptable to the four party leaders who had taken Scotland to the brink of independence. And, until today, the truth has proved rather elusive.

The defeated Alex Salmond was first and foremost among them. He blamed the Vow – the pledge obtained by the Daily Record from the three party leaders to hand more powers to Scotland in the event of a 'No' vote – for preventing his side from getting over the line. It made sense for him to shrug his shoulders over a convenient excuse for failure, because it distracted attention from the fact he'd been defeated on the substantive issues. And blaming the 'Vow' had the useful side-effect of drawing voters' attention to the fact the nationalists hadn't gone away empty-handed.

Ed Miliband says "We made the Vow". I thought the Daily Record made it by photoshopping a weird scroll? #ScotLab15 pic.twitter.com/Rhnis7hsCN

Yet Salmond's central claim was nonsense. Today's findings from the Centre of Constitutional Research's Scottish referendum study confirm that to be the case. Just 3.4% of No voters opposed independence because of the offer for more powers, it's established. That compares rather unfavourably to the  29.5% who cited 'feeling British / believe in Union', the 27.8% who said there were 'too many unanswered questions' and the 26.3% who thought 'independence would make Scotland worse off'.

Salmond's misleading narrative of defeat isn't meaningless. It's not taking place in a vacuum. It matters because the momentum created by last year's campaign means the possibility of independence later in this century can't be discounted.

But Westminster's leaders haven't bothered to really combat Salmond's claims. And there's a reason for that. They're embarrassed by the Vow because it was completely unnecessary. Actually, it's worse than that. Their Vow was counter-productive.

Today's findings show that among Yes voters the Vow had a galvanizing effect. The top reason given by independence supporters, from 41.3% of them in fact, was that 'Westminster leaders misled Scots over more powers'. Ouch.

Who comes out looking worse? The only answer has to be David Cameron, Ed Miliband and Nick Clegg. They got so worked up about the possibility that they might lose that they offered Scotland powers that have subsequently triggered a slow-burning constitutional crisis. The debate over English votes for English laws will return after the general election regardless of which of them ends up in No 10. Nice one, guys.

In a sense this data doesn't matter for the nationalists because it reinforces their broader suggestion that pressuring London gets results. That's the argument Salmond should be making now. He should be telling his party's supporters that the SNP created such a wave of momentum that the debate over independence remains important.

Which is exactly why we should be paying so much attention to today's research findings. The battle for the referendum may have been lost, but the war for independence is far from over.