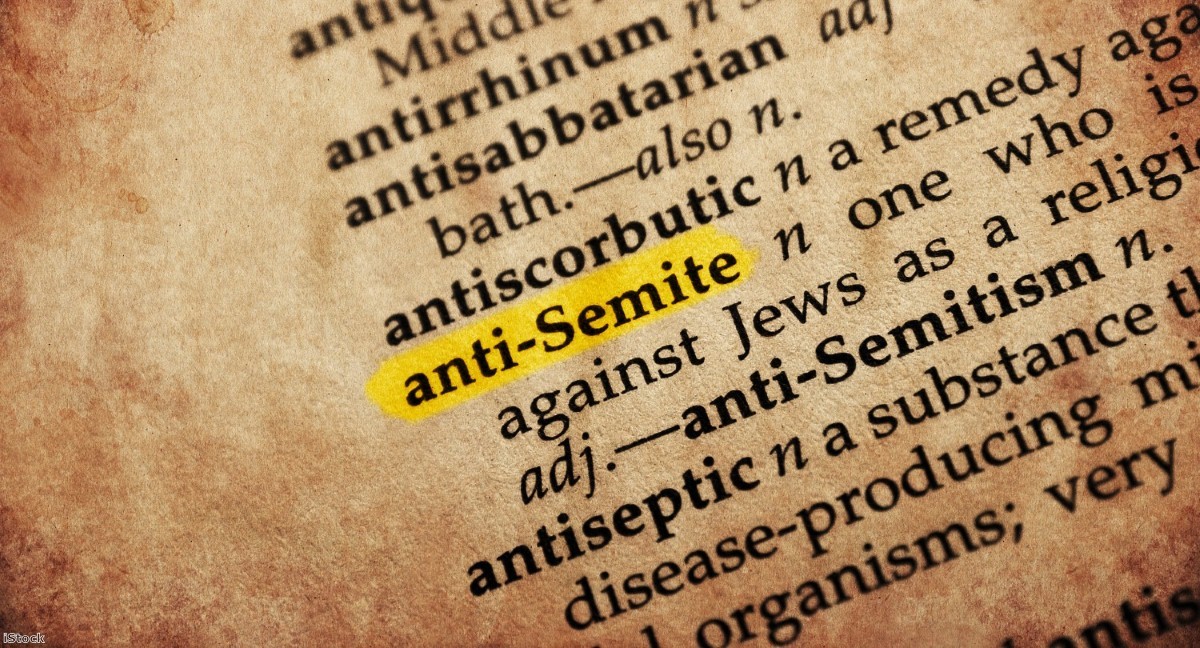 Yes, the left has a racism problem

The banter defence is a broken shield. It used to deflect all accusations – racism, sexism, homophobia. No charge would stick as long as you were joking. But the rise of identity politics has weakened it. The court of public opinion is less forgiving. Employers are more wary. The media gawps relentlessly. When Rod Liddle is your only cheerleader, it's time to examine your life.

Much of this cultural shift was driven by the left. Racist and sexist attitudes still abound, but they're riskier to voice and harder to get away with. Brexit has unleashed some ugly sentiments, but we know this because so many are now determined to call them out.

One of the key changes was the Macpherson Report into the murder of Stephen Lawrence, published in 1999. The report forced the police to record any incident "which is perceived to be racist by the victim or any other person" as a racist incident. It didn't mean that a criminal conviction for a racially aggravated offence would follow – that was a question of evidence – but the views of the victim counted for more than before.

The political left has taken up this principle with enthusiasm – in fact, it often feels like there's an army of white middle class left-wingers looking for things to be offended by on other people's behalf. But for some on the left, there is an exception to this. The exception is Jews.

There is a breed of left winger who reacts to accusations of left-wing anti-Semitism with instinctive defensiveness or scepticism. "It's not anti-Semitism, it's just stating facts," they cry. "That person is a shill for Israel" or "that group is part of the pro-Israel lobby". Then there's the old chestnut, "this just distracts from the real anti-Semitism of the far right" – often accompanied by a lecture about Cable Street, which was 80 years ago.

You don't have to take the Macpherson line that if someone says it's racist, it's racist. Not all members of ethnic minorities will agree on what amounts to racism. This is contested ground. But you do have to be consistent. If you're going to police every utterance that people make on gender, race, and sexual orientation – as many radical left activists do – you have to be consistent about it. If you take one ethnic minority aside and treat them with more scepticism than others – well, there's a word for that. The left has a racism problem.

The problem is so acute that if we call it "anti-Semitism" we risk being led down a rabbit hole. Someone, somewhere (but probably on the far left) will turn up to argue that 'Semites' aren't actually a race. If that reminds you of far right trolls claiming Islam isn't a race, so Islamophobia isn't racism – well, that's the point.

How did we get here? It comes down to Israel. There is a strain of the far left  – not all of it, by any means, but a fair chunk of it – that is absolutely obsessed with Israel and Palestine. They eat, sleep and breathe it. It is all things and everything. There is hardly a conflict in the world they cannot trace back to it or liken to it. Israel is the prism through which they view the world.

Israel is also the prism through which they view Jews. If, as a Jew, you are openly sympathetic towards Israel – sympathetic to its right to exist as a Jewish-majority state – this breed of left winger will regard you with suspicion. Every view you hold on foreign policy will be seen in this context. You're a 'Zionist', a word bandied about so frequently that it has lost all meaning, but undoubtedly a Bad Thing on the radical left.

But if you are openly critical of Israel – in particular, if you deny its right to exist, and support its abolition – you will not be viewed with suspicion. On the contrary, you will be treated as a hero. You are the Good Jew – the Perfect Jew. The Manic Pixie Dream Jew. The Jew to be put on a placard as evidence of how Not All Jews support Israel. If the far left was a fashion house, you'd be on the catwalk. If it was a marketing agency, you'd be holding the Pepsi.

This is why these activists cannot see themselves as racist. Some of their best friends are Jews! But here's the thing. Israel is the embodiment of Jewish national self-determination. You don't have to like it, or support it, for it to be so. As the embodiment of Jewish self-determination, it is inevitable that a very large number of Jewish people will instinctively feel some affinity towards it, no matter how conflicted that may be by its government's actions. Chances are those whose Jewishness forms a core part of their identity, rather than a mere demographic trait, may feel some form of kinship with Israel.

So if your first reaction to a politicised person who happens to be Jewish is 'what do they think about Israel?' you are immediately casting a cloud of suspicion over them. And if your first reaction to a Jewish person's accusation of racism is 'is this because they support Israel?' you are going to discriminate against a lot of Jewish people. If your approach to Jewish people is 'are they a Good Jew or a Bad Jew?' you are probably being racist.

How did we get here? What we don't like to say, in this age of extremist preachers and WhatsApp panics, is that reality can have a radicalising effect. The reality of the situation in Palestine and its hinterlands – or rather, the closest approximation of reality one can make out in the thick fog of propaganda that flies from all sides – is damning of Israel's body politic, especially at points of peak interest such as air strikes on Gaza or Lebanon.

If you do not hear of the violence committed by Palestinian terrorists – or if you view it as the justified resistance of the oppressed – then Israel has no mitigation. If you mix in political circles, such as the anti-war movement of the 2000s, where it is gospel that Israel is the agent of US imperialism, that US imperialism is the worst of all imperialisms, and that imperialism is the greatest problem facing the world – then Israel goes from being the bad guy to being the worst guy. Forget Sudan or Zimbabwe or North Korea – Israel becomes a nation uniquely evil in its sins, whose defenders must be uniquely sinful.

From there, the logical leaps are easily cleared. Israel promotes itself as protector of Jews. People in newspapers defend Israel because of the rights and lives of Jews. Jewish organisations attack critics of Israel. Then some website or alternative news source – not the Guardian or the Mirror – appears on your radar, which perversely expands as your mind narrows, and will tell you about the pro-Israel lobby (which exists, but is nothing like as powerful as its obsessive monitors claim).

Monomania takes over. All information that conflicts with the "Israel bad" narrative is because of the lobby, or its supporters who control the media. Anyone defending Israel is part of the lobby. Someone on Twitter posts a link about hasbara – that's it! That's what all these Jews are up to! They're part of the propaganda effort! Rothschild funds it all!

But you're not racist. You hate racists. You don't hate Jews; you just hate those who support Israel. If that's most Jews – well, that's their choice, not yours. Hey, check out Neturei Karta!

And then the reward mechanisms kick in – the confirmation bias, the feeling of vindication that greets every purported factlet that reinforces your view against the lumpen masses who refuse to see.

And the bombs keep falling and the killing goes on and the photos of dead babies keep filling your social media feeds. Because extremism and bigotry are rarely cooked from thin air. They take a part of reality – sometimes a fragment, sometimes a chunk – magnify it until it's all you see, and then molest it and mutilate it beyond all recognition. The Jews secretly rule the world because Israel launched a missile. It all makes sense when it's all you hear.

The racism of the far right is worse than the racism of these sections of the far left – it is more prevalent and far more violent. But there are overlaps between contemporary anti-Semitism and Islamophobia – the roots in reality shorn of context, the conspiracy narratives, the radicalising echo chamber, the dissidents whose narratives you co-opt (Ayaan Hirsi Ali, Maajid Nawaz), the outsider status of you against the world.

What is different is that the far right has no qualms with bigotry. It makes no claim to stand against sexism or racism, other than when these are perpetrated by ethnic minorities or against men. Anything else is justified as 'free speech' or fighting back against global jihad. Suck it up, buttercup.

The left aims for higher ground. It sees itself as fighting oppression and believing the victim. If a woman says something is sexist, it's sexist. If a black man accuses someone of racism, it's racism. To deny transphobia is to be transphobic. The victims will be believed.