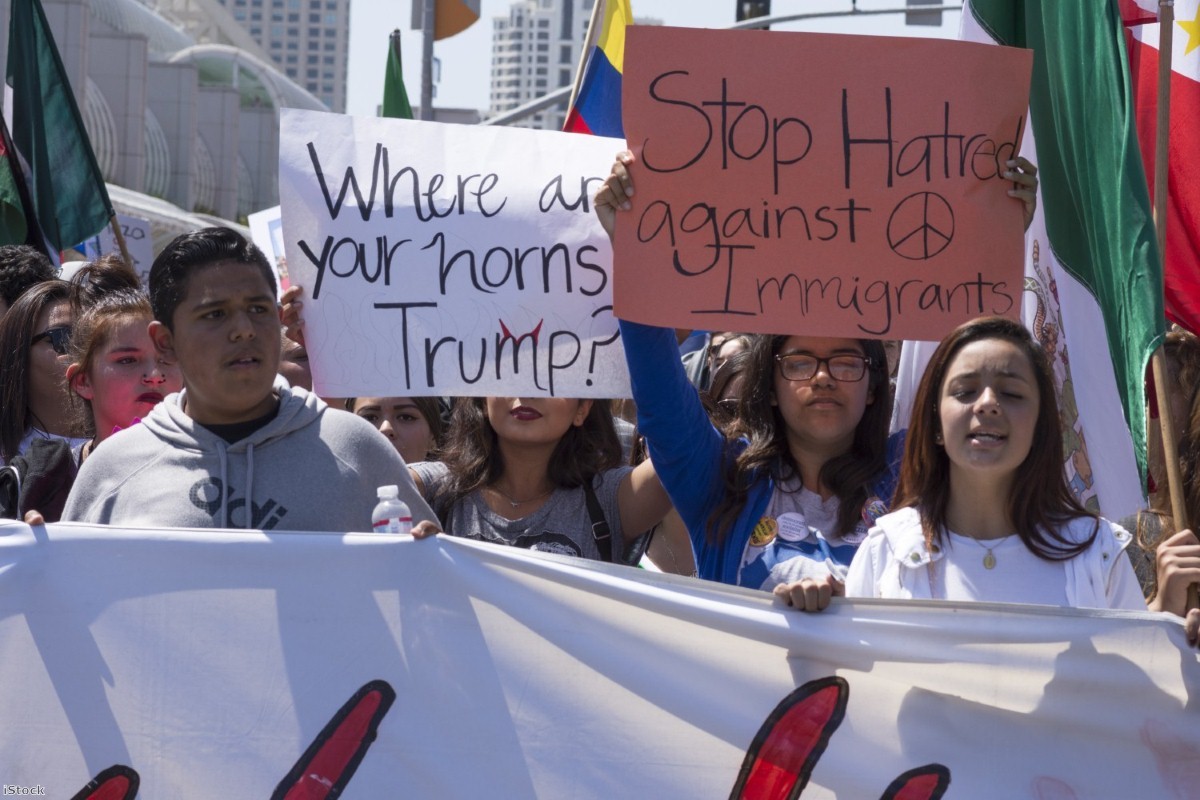 May has already said she won't be raising Trump's "unacceptable" past remarks about women, which suggests she's intending to steer away from "difficult" topics. However, face-to-face encounters with brand new US presidents don't come around that often and the prime minister should be prepared to tackle some serious issues. Here are a few:

Even though May isn't minded to mention Trump's recurrent sexism, she should certainly register her dismay at his shocking reinstatement of the anti-abortion "global gag rule". The cruelly ideological Reagan-era policy places restrictions on US funding for foreign NGOs providing abortion services, or even information about terminations or about other reproductive health services like contraception or HIV prevention. This is likely to mean that millions of women and girls from some of the world's poorest countries will be shut out from healthcare. The number of unsafe clandestine abortions will almost certainly increase. It's a health disaster waiting to happen. No wonder millions of women (and men) around the world marched last weekend.

A subject May appears keen to discuss is Nato. While doing so, she should remind Trump that his campaign-trail eagerness ("bombing the shit out of" ISIS, etc) must not translate into reckless new bombing operations in the Middle East, the Horn of Africa or elsewhere. May will speak about the value of Nato, but she should emphasise that Britain will refrain from participating in joint operations – including US coalition-led ones – unless able to make independent determinations over whether they're being lawfully conducted. She should also insist that Britain will refrain from sharing intelligence if there are reasonable grounds to suppose the US will use it to conduct reckless or disproportionate attacks. In essence, the prime minister must signal that UK military conduct will adhere to international law first and foremost, and that all strategic alliances will be bound by this.

If Trump's campaign-trail remarks about the USA returning to waterboarding and other types of torture ("a hell of a lot worse") were anything other than appalling bluster, May must ensure that all UK-US intelligence cooperation is severed in any circumstance where it's reasonable to assume torture or other abuse could be the end-result. Under George W Bush's presidency, the UK worked too closely with unlawful and abusive programmes. There must be absolutely no repeat of this.

The prime minister should make clear that this disastrous travesty of justice, must close. The remaining 41 detainees should be given civilian trials on the US mainland or be released.

The global refugee crisis is something May must be prepared to discuss in Washington. With Trump's remarks about how the USA should use "extreme vetting" with people "who might be ISIS", Trump has sought to question the key principle that people fleeing persecution must be granted sanctuary. The USA's resettlement of only 12,587 Syrians last year was already far from impressive. Meanwhile, the UK has shirked its responsibility to provide a welcome to refugees, not least by turning its back on refugees in Europe and operating an asylum process often hostile to the interests of people seeking safety in Britain. Shamefully, some of our politicians have also indulged in using demonising language to refer to refugees and migrants. In other words, we can hardly lecture the USA on refugee issues. But still, the prime minister must make it clear that you can't simply pull up the drawbridge.

Neither is it acceptable to utter demonising and discriminatory remarks against groups defined by their religion, race or nationality, as Trump has done over Muslims, Mexicans and refugees. As May knows, both the USA and UK have recently experienced disturbing spikes in hate crime and hostile sentiments towards migrants and minorities are a cause for concern on both sides of the Atlantic. The prime minister must be prepared to voice her concern over xenophobia wherever it emerges. She should, in all conscience, tell the new president that hateful rhetoric will form no part whatsoever of the Anglo-US relationship.

The UK is far from a paragon of virtue on a range of human rights issues. The huge march in London at the weekend was in part a roar of deep dissatisfaction at hardline policies in the UK (cuts to legal aid, threats to scrap the Human Rights Act,etc), not just a protest at Trump's divisive rhetoric and policies.

And Theresa May is, of course, no emissary from a human rights group miraculously granted an audience with the new president. However, her messages to Trump might just stand a chance of getting through. If he learns that one of the USA's closest allies is unwilling to back his more extreme policies, he may think twice about implementing them.

Kate Allen is the UK director of Amnesty International