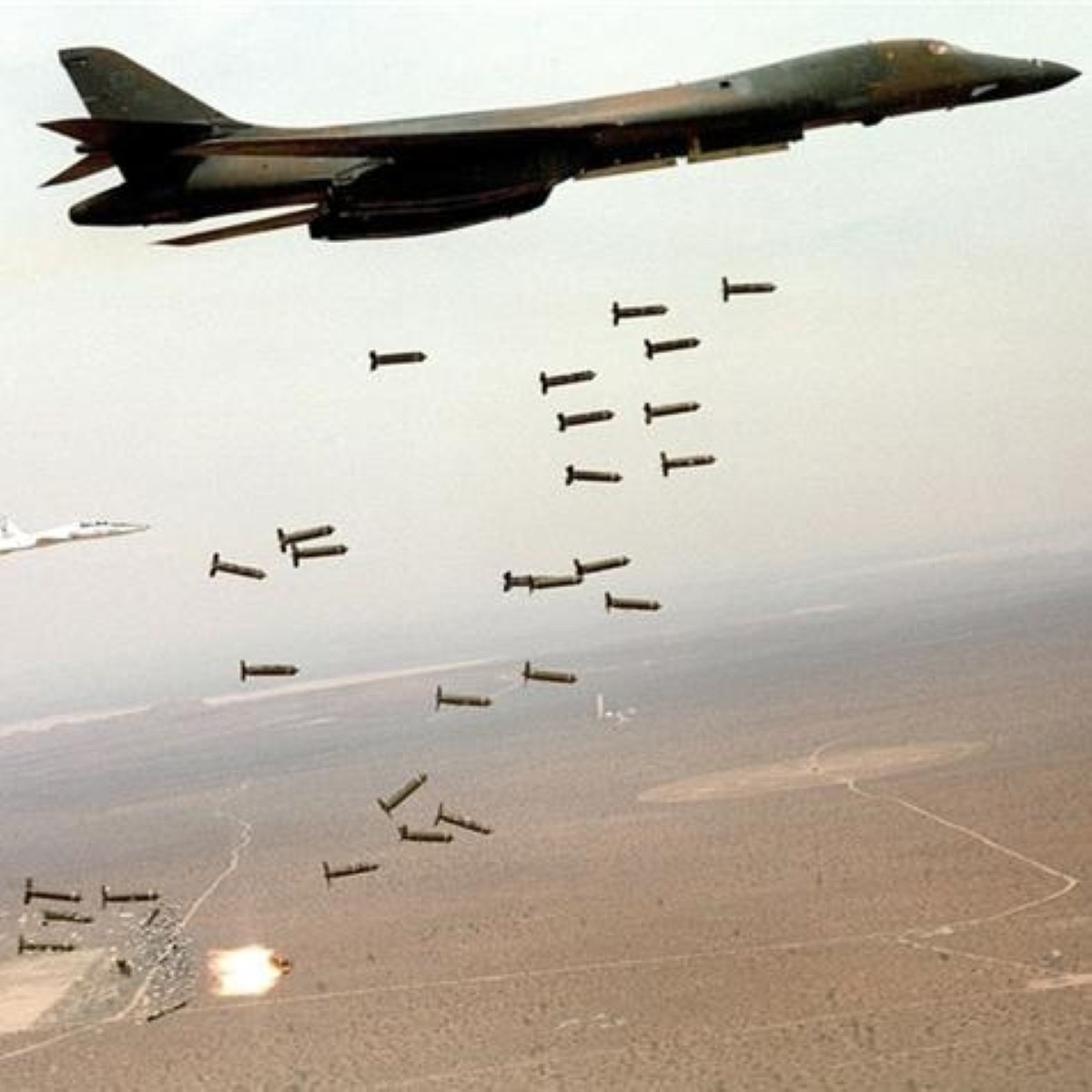 Whoever the new Labour leader is, they'll have a lot on their plate and one of the first big issues is likely to be Syria. The on-going civil war is only getting worse, and defence secretary Michael Fallon has already announced that a vote on military intervention will take place later in the year.

In one sense, the question of whether the UK military should be taking part in bombing is a moot one, because it already is. A freedom of information request from Reprieve found UK military personnel have already engaged in air strikes as part of US operations. The admission showed the public and parliament had been misled. MPs voted against bombing Syria in 2013.

At the moment Labour leadership candidates are distancing themselves from any further action, with left-wing favourite Jeremy Corbyn ruling out any possibility of supporting the government and Andy Burnham striking a cautious note in saying "the tests are quite big" and raising questions about legality. Even Yvette Cooper, the only other candidate with a reasonable chance of winning, has distanced herself, saying: "We will need to look very carefully at anything they propose. Any proposal for action should always have a moral and legal justification, support from countries across the region and a clear strategy in place."

It has been less than a year since the UK joined the US-led coalition in bombing Iraq, but what has it achieved? Thousands of bombs have been dropped, billions of dollars (and tens of millions of pounds) have been spent, and almost 500 civilians have been killed. Even after all of that, Pentagon officials have concluded Isis is just as strong as it was a year ago. This is supported by former US general Mike Flynn, who played a leading role in the wars against Afghanistan and Iraq. In an interview with Al-Jazeera he said: "The more weapons we give, the more bombs we drop, that just… fuels the conflict." Not only has the bombing been immoral, it has failed on its own terms.

At the same time, countries like the US and the UK have continued supplying large quantities of arms to the region, with the last UK government selling millions of pounds of arms into war zones such as Iraq (£38 million) and Libya (£15 million), as well as continuing to arm the oppressive Gulf monarchies such as Saudi Arabia (£3.9 billion) and Bahrain (£35 million). It is this same drive for arms sales and political influence which saw the Assad regime treated as allies and Tony Blair lobbying for him to receive a knighthood in 2002. At present two thirds of UK arms sales go straight to the Middle East, and with the Gulf states increasing their military budgets this looks unlikely to change.

One group which has benefited from the rise of Isis is the arms companies, with the outgoing BAE chief executive having tastelessly described its growth as a "call to arms". Similarly, the annual report for arms company Chemring states it is "well-positioned to benefit from any sustained increase in demand as a result of the conflict in the Middle East". In other words, morals can be cast aside because war and conflict are positive and much needed developments for shareholders' pockets.

What is the impact of these arms sales? On one hand they provide military and political support to some of the worst dictatorships in the world. On the other, they fuel war and very often have unintended consequences. It is well documented that one of the reasons Isis is so well-armed is because it has obtained large quantities of US weapons (including 2,300 armoured vehicles). The point is that there can be no such thing as meaningful arms control when weapons enter a war zone. According to one high level report, even the hawks at the CIA have concluded that arming insurgency groups is likely to result in dire consequences.

It is also important to focus on the short term thinking which underpins much of Western foreign policy. George Bush may have declared victory only three months into the 2003 invasion of Iraq, but the killing has continued unabated. It is more than twelve years later, and a UN report has found that almost 15,000 civilians died in 16 months of conflict in the period up to May 2015. This was one of the key factors which led to the rise of groups like Isis, a point conceded by former UK foreign secretary David Miliband and even President Obama, who told Vice News: "Isis is a direct outgrowth of Al Qaeda in Iraq that grew out of our invasion."

Similarly, the bombing of Libya in 2011 has left large parts of the country unstable and ungovernable. At the time, world leaders stressed the importance of rebuilding Libya, but government figures show that the UK has spent 13 times more on bombing the country than it has on reconstruction. The civil war which followed the offensive has been a breeding ground for extremism. Some reports suggest that the seeds of the terrible attacks in Tunisia may have been sown in Libya, with those responsible for the killings having spent time at an Isis training camp in January.

The situation in Syria is desperate, but there are no reasons to think it will be improved by more bombs and destruction. There is no question that those responsible for atrocities and human rights abuses deserve to feel the full force of international law. But air strikes into densely populated cities are not the way to do that. History shows that they will only extend the carnage by creating even more of the instability which breeds further conflict. As Paul Rogers of the Oxford Research Group has pointed out, Isis wants the West to intervene in Syria. It's a core part of its narrative and strategy. The human cost is becoming more apparent than ever, with the tragic refugee crisis unfolding in the Mediterranean. As tensions are mounting and death toll rises, the need for humanitarian aid, political solutions and a whole new approach to foreign policy could not be starker.