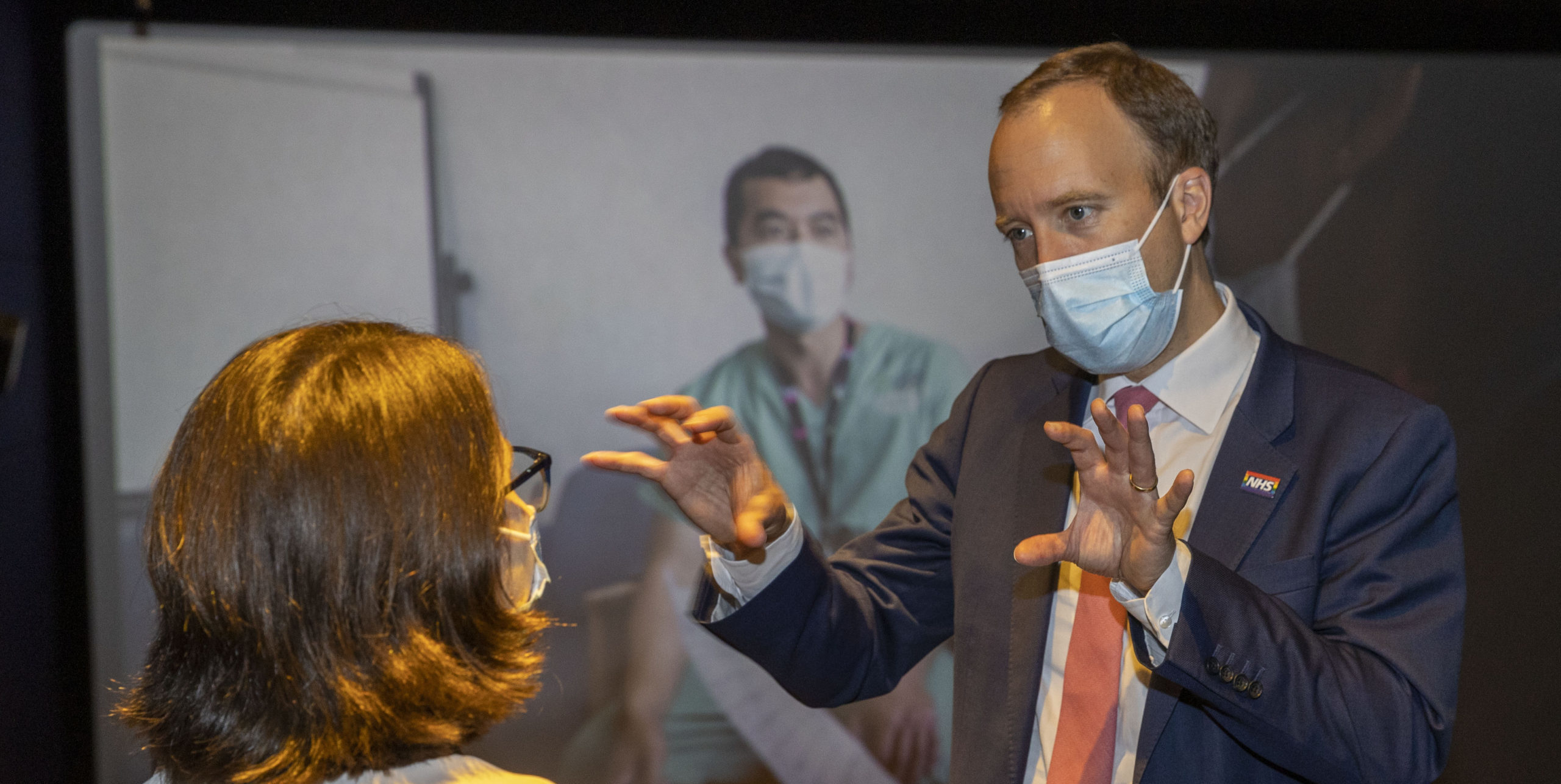 Week in Review: Hancock’s half hour

Horrible morning for anyone who values the tranquility of their internal life. Many of us woke up to photos of health secretary Matt Hancock in a “steamy clinch” with Gina Coladangelo, his top aide and a major shareholder at lobbying firm Luther Pendragon. Horrific images suddenly seared onto the brain, first thing, before we’d even had a cup of coffee. It was a cruel and unusual start to the day.

There’s two separate parts to this, one of which is pertinent and the other of which isn’t. The bit that isn’t pertinent is the affair. People have affairs. Perhaps they shouldn’t, but they do. The fact that this sometimes happens is not a sign of their complete immorality. Nice people do bad things. And bad people sometimes do nice things, for what it’s worth.

Even if people are perennially dishonest in their romantic life, they can still be honest in their public life. In truth, some of the most decent politicians – or writers, businesspeople, lawyers, whatever – might be the most indecent in their private affairs.

The temptation to succumb to moralism with politicians is strong when they are ones you oppose. This is plainly the case with Boris Johnson, whose romantic betrayals seem to perfectly mimic his political betrayals. But it’s important to resist that temptation, because it can be used against a politician you like as easily as one you do not. And no matter what political persuasion you are, there will be politicians you admire who cheat on their partners. That’s because this is a broad human trait which is not constrained to a particular ideological tribe.

But there are still questions to answer here. The pertinent aspect of the story concerns its political dimension. First, hypocrisy. In May 2020, Hancock said he was “speechless” when it emerged Professor Neil Ferguson visited a lover in breach of official social distancing rules. In a statement he may now regret, he then added: “He took the right decision to resign.”

Second, inconsistency. The “steamy clinch” – incredible journalistic euphemism that it is – took place on May 6th, two weeks before hugging between households was allowed. It’s fair to say, on a strictly epidemiological level, that the clinch involved a greater risk of viral transmission than a hug.

If a view takes hold in the public that ministers do not follow the demands they make of the public, those demands will not be followed. So there is a respectable pandemic-related reason to be critical of what is taking place in that photograph.

Third, cronyism. Hancock’s former neighbour has already been handed a lucrative contract to help make covid tests, despite having no experience of doing so. A coronavirus contract was awarded to his sister’s company, which he had a 20% stake in, constituting a breach of the ministerial code.

Now we find out that Coladangelo was quietly appointed as an unpaid adviser in March last year before being made non-executive director at the Department of Health in the autumn. That put her on the department’s oversight board and paid out £15,000 of public money. It’s not a huge amount of money, but it still seems a poor investment if we’re paying it so that Hancock can have an affair.

Fourth, focus. He is the health secretary during a pandemic. You might legitimately hope that his mind was on the job. This is by some distance the most contentious charge against him. People can work while maintaining sexual relationships. We wouldn’t say that a single minister had to stop dating to focus on their job and the same would apply to an affair. But it’s worth mentioning here because of the hypocrisy issue.

When Hancock was asked if he’d seen Dominic Cummings’ testimony about him last month, he replied that he had been too busy “getting the vaccination roll-out going… and saving lives”. It was always rather difficult to take this seriously, but it has now become impossible. He’s used this question of focus to shield himself before. Now it becomes the sword against him.

There’s a delicate balancing act here between puritanism and legitimate political concerns. The affair doesn’t matter on its own terms. That’s an issue for Hancock and his wife. But there are political dimensions to it which do matter and on those he has questions to answer: about his hypocrisy, his consistency, his focus, and the use of public funds.