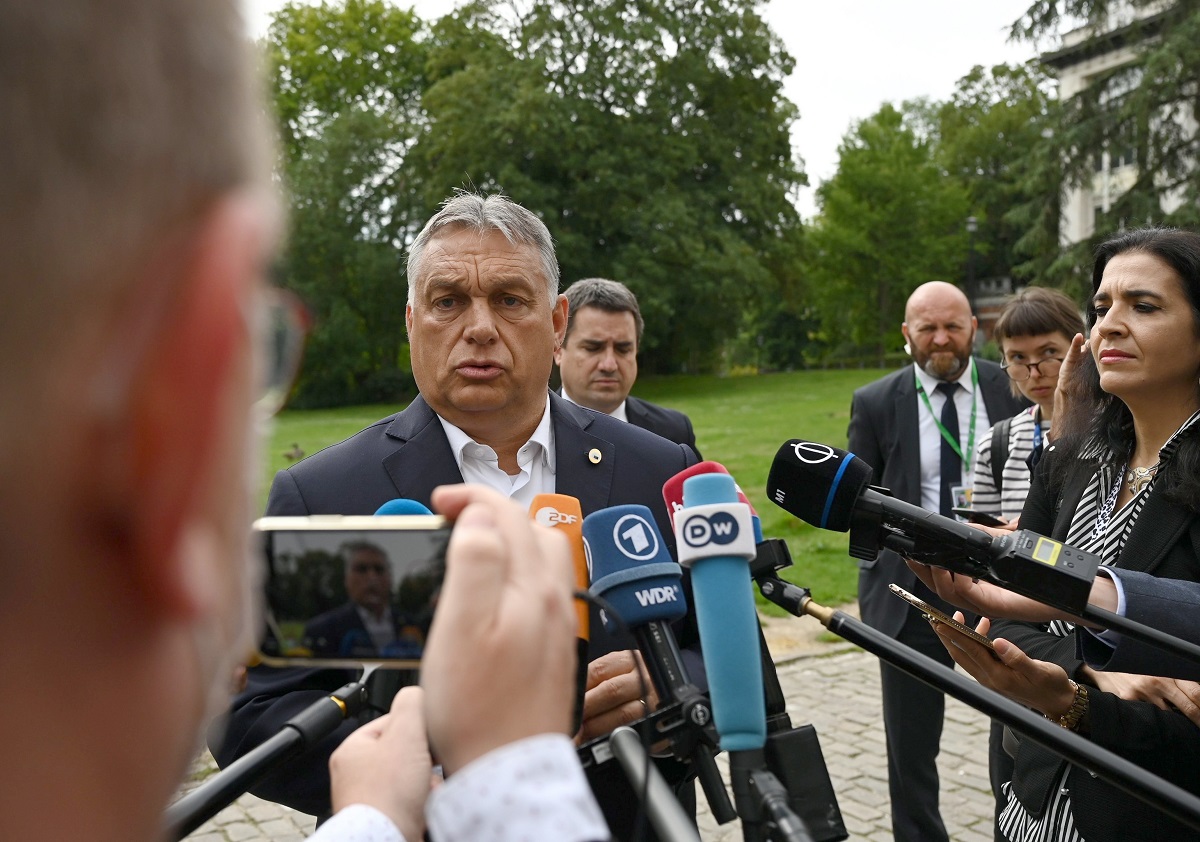 Week in Review: Johnson and Orban are part of the same movement

There’s a set tradition when the British prime minister hosts an authoritarian leader. China is the classic example. Critics say you shouldn’t meet them at all. No.10 says it will press them on human rights. And in reality a messy compromise is reached where moral concerns are raised underneath strategic and financial preoccupations.

Today, Hungarian prime minister Viktor Orban is visiting Downing Street – the second EU leader Boris Johnson has met since Britain left the bloc. And we’ve slipped right back into that pattern. Downing Street is told of Orban’s various grim comments, from talking about “Muslim invaders” to calling immigrants “poison”. It distances itself from them and commits to pressing him on his rhetoric.

But actually this entire narrative is wrong. Something fundamental has changed. When David Cameron wined and dined Chinese President Xi Jinping in 2015, they were from two fundamentally different systems – liberal democracy and one-party state totalitarianism. Cameron might have been hypocritical, or supine. But he did so as a liberal democratic leader meeting an authoritarian one.

That is not the case here. Orban and Johnson are part of the same movement: right-wing nationalist populism. This is not a cautious meeting of different systems. It is a meeting of minds. Of course, people react badly to that. The press here, with no semblance of realism, likes to pretend Johnson is some kind of liberal. But there is no way to sustain that position on the basis of his behaviour.

Orban’s politics are more extreme than Johnson’s are. And he is a true believer in the cause, whereas Johnson just follows whatever pathway will most benefit him. But the difference between them now is quantitative, not qualitative. They’re pursuing the same project in different ways.

The Hungarian prime minister pioneered a modern approach to politics in which ‘the people’ – homogenous representatives of the nation who supported the government – were pitted against outsiders. These outsiders included metropolitan liberals who threatened their country from within and fiendish immigrants who threatened it from outside. He presented the European Union as a key threat against Hungary.

Orban often likes to brand his movement “illiberal democracy”. And it is indeed proudly illiberal. But it is also anti-democratic. He worked to weaken his parliament. It was reformed to secure the super-majority of Orban’s Fidesz party, with the number of members significantly reduced. Constituency boundaries were redrawn to shore up support. Voting rights were handed out to the Hungarian diaspora in a way that bolstered its electoral performance.

Orban attacked the judiciary. A National Judicial Office was established with extensive power over judicial appointments and stuffed with Fidesz loyalists. The judiciary was purged of anyone who would stand up Orban. Older, respected judges, who might have the confidence to stand firm against the government, went first.

Then Orban went after the educational, scientific, historical and cultural institutions. The Hungarian Academy of Sciences was brought under state control, as was the 1956 Institute. Both of them threatened to question Fidesz’ monocultural nationalist narrative. A network of government-NGOs were established, pumping out badly-researched Orban-friendly reports, for instance on the need for higher reproductive rates among ethnic Hungarians to prevent the need for immigration. Key loyalists were put in charge of cultural institutions, such as the head of the opera and literary museums.

Johnson also embraced the rhetoric of the ‘will of the people’ during the Brexit campaign, in which the EU was portrayed as the enemy of Britain. Metropolitan liberals were smeared either as hopelessly out of touch with the interests of ‘real people’, or as actively attempting to undermine British interests.

Immigrants were demonised during the referendum and they continue to be today. European citizens are turned into outsiders. The refugee boats carrying desperate people are treated in a manner which precisely echoes Orban’s narrative against ‘Muslim invaders’. Home secretary Priti Patel enjoys photographing herself like some kind of border cop, a ruthless enforcer of the same borders which Orban worships.

Once he was in power, Johnson attacked parliament, unlawfully suspending it against its will. Where the government feels that elections are not going its way, for instance by the use of alternate voting systems in mayoral contests, it changes the system to make them easier to win.

Johnson attacks the judiciary just as Orban did before him. He set up a government-picked panel to establish the need to reform judicial review after the Supreme Court stood up to him over the suspension of parliament. When even it did not recommend significant change, the Johnson administration pursued it anyway, with a bill on the measure in this month’s Queen’s Speech.

Cultural and historical bodies are also targeted. The National Trust report into the links between colonialism and slavery at its properties has triggered a sustained government attack. Culture secretary Oliver Dowden told heritage bodies to refrain from statements which were not “consistent with the government’s position” on contested historical subjects. “This is especially important as we enter a challenging Comprehensive Spending Review,” he wrote, using a barely-concealed threat, “in which all government spending will rightly be scrutinised”.

Johnson’s preferred individuals are selected for key positions in civic society. He wants former Daily Mail editor Paul Dacre to become chair of broadcasting regulator Ofcom, for instance. This would help create a system in which the new ‘anti-woke’ news channel GB News is given more leniency and the impartial BBC – now branded “anti-British” by Tory MPs – is treated with more severity. Dacre was recently rejected by an interview board, so now Johnson is going to start the process again in a bid to get him in.

In every one of these cases, Johnson is less extreme than Orban. The anti-immigrant rhetoric is not as strong, the attack on the judiciary or civic society is not as comprehensive. Orban’s war on the media has essentially silenced any mainstream critical voice in Hungarian political life, something Johnson could only dream of. The resilience of Hungarian institutions is far weaker than that in Britain, and they have succumbed to the attack more comprehensively.

But the underlying pattern is precisely the same: the fetishisation of ‘the people’ as a homogenous mass pitted against liberals and immigrants, the attacks on the institutions which can hold government to account, and the enforcement of a cultural narrative through threats to civic society.

That is because they are part of the same movement. It stretches from former president Donald Trump in the US, to Jair Bolsonaro in Brazil, to Benjamin Netenyahu in Israel, to Narendra Modi in India.

We’re still fooling ourselves into thinking that we are somehow morally different to the questionable characters sometimes invited to Downing Street. But in reality we are living under a new form of governance, that does not attempt to unite people, but instead seeks to divide them. We are now the questionable characters. And in that meeting today, Orban and Johnson will have more that unites than divides them.