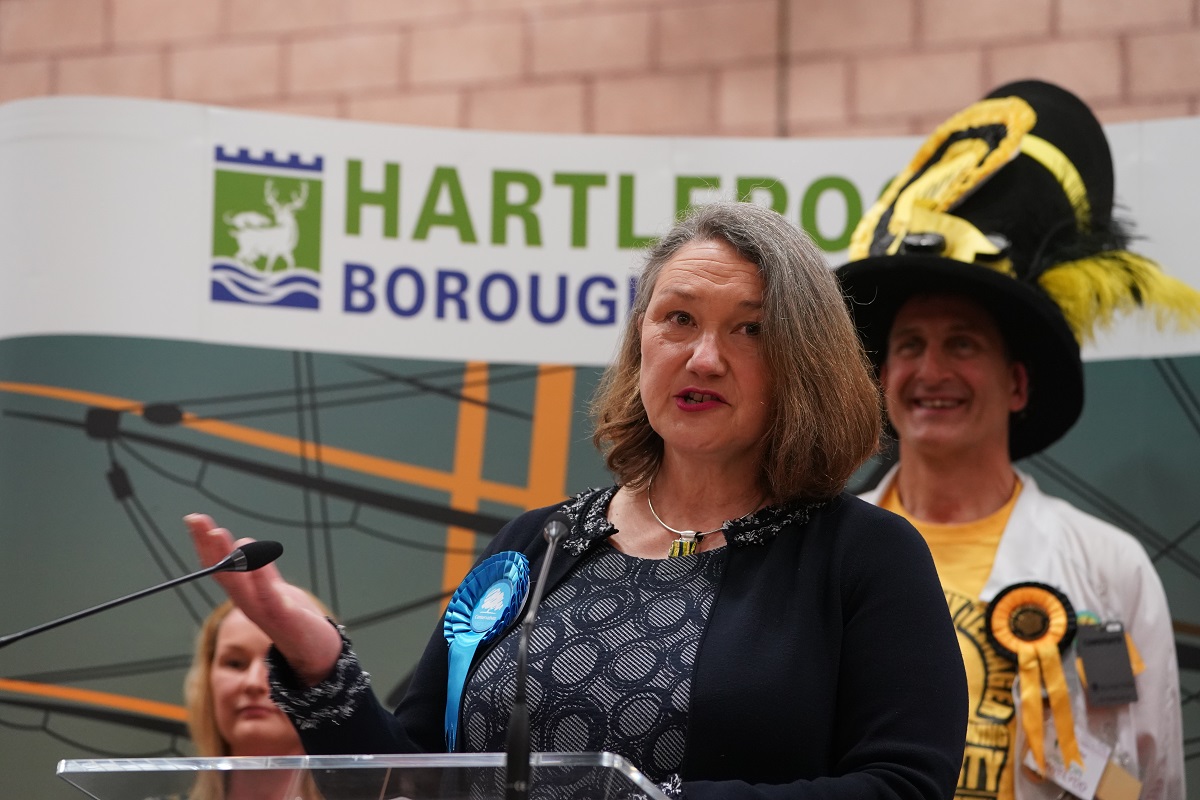 Let’s get the caveats out the way first. Not because they’re made-up or self-interested, but because they are real and need to be acknowledged. You know these caveats already. They’re well rehearsed. But they are also true, and they don’t become less true by virtue of us getting bored of them.

This was not a normal by-election. It comes during a successful vaccine roll-out which has significantly boosted the government. It comes after a pandemic that made it extraordinarily difficult for the opposition to get their message out. There’s only been one story and that’s covid. That dynamic focuses all eyes on the No.10.

By-elections are weird events. They’re a data point rather than a data set. They have their own unique dynamic that is often not replicated at election time. When the Liberal Democrats won Eastleigh in 2013, for instance, there was a lot of excitable writing about how maybe the party might actually come out of coalition in a surprisingly healthy state. It turned out that wasn’t true.

Hartlepool is also quite a specific seat. It had a large Leave vote in 2016 of 69%. In 2019 it provided the Brexit party with its third highest constituency level result, on 26% support. The party split the Brexit vote back then, allowing Labour to win. That wasn’t the case this time. So you could argue that this seat is more of a Tory hold than a Labour gain, given the dynamics in 2019.

People will be very excited today and they will say some biblical-level things about Keir Starmer’s Labour party. He is a man with very few friends right now. The Conservative-supporting papers – which is most of them – are too enamoured with Johnson to give him much attention. The Tories sneer at him. The Labour left hates him, out of the mistaken belief that only socialism and hating the flag can save the party. The Labour right don’t like him much either, out of the mistaken belief that only nativism and writing endless sonnets to the flag can save the party. There’s a chance that they’ll all get so excited that they fatally undermine any chance he has of building a capable leadership.

But the truth is: we still don’t really have a fair test of Starmer. It’s early in his attempt to fix the mistakes of the past, building from a catastrophically low base. The pandemic has essentially frozen Britain at the stage of the last election, preventing any really substantive political change. But the next election – touch wood – won’t take place amid a pandemic. It’ll take place amid a return to normality. It won’t take place amid furlough payments, but the economic harm from their absence. The fluctuation of opinion polls – for instance after the Barnard Castle incident or even last weekend after the corruption stories – suggests the Hartlepool result is disproportionate to the problem that exists.

But these caveats only go so far. No-one brings a poll result to an election fight. Even if one year is too soon to see change, these results are too extreme in the opposite direction. No-one in their right mind could suggest this morning that Labour is on course to win the next general election.

Starmer needs the Red Wall seats in order to win. Today’s result is a sign of significant failure on the terms of success the party has itself established. And no matter how anomalous by-elections are, this one bucks the trend in such a significant way that it demands to be taken seriously. The Conservatives are making gains after 11 years in power. Hartlepool has a Tory MP for the first time in its 47-year history.

And there’s something even more disturbing going on behind it all, a frightening kind of Ed-Milibandism over the way Labour is communicating. Take the final statement Starmer made before the vote. “Your priorities will always be Labour’s priorities, with Labour councils, councillors and mayors utterly focused on delivering the secure jobs, safer streets and health services we all want to see.” There was similar chatter on Starmer’s despairingly bad Today programme interview this week.

It’s the kind of political language which degenerates into placatory nothingness. Honestly, it is sometimes hard to bother to read the whole thing, or to watch the full videos the party is putting online. There is a lack of bite to it, a lack of specificity.

This comes down to the central dilemma Labour faces – the trap it is caught in as a new cultural politics mangles its electoral alliance. It can’t go full culture war nationalist, or it loses its young metropolitan voters. But it can’t go full culture war liberal either, or it speeds up the loss of older socially-conservative voters. Labour leaders often find themselves in a position where they are unwilling to offend anyone. It was this problem which turned Miliband from an interesting and thoughtful politician into a kind of faceless android. And there are signs the same thing is happening to Starmer.

Labour’s message to the electorate cannot be a defensive mathematical response to the pressures imposed on it. It has to be something positive, something people want to support. And that goes just as much for metropolitan voters as it does for the Red Wall. You need people to be galvanised. If not, you start losing even your liberal voters to parties like the Greens.

The Labour leadership’s relationship with the left should be akin to Joe Biden’s relationship with Bernie Sanders after their leadership fight, including a taskforce which funnels-in policy ideas. The left-wing ideas which can secure mainstream support – like Black Lives Matter – were adopted, while those which did not – like Defund The Police – were not.

The same should be happening with the right of the party, who want a tougher approach to immigration and a wholesale embrace of Brexit. These two ideas will not work, because they fail to get approval from the voter base Labour needs in the cities, and anyway should not be pursued because they are morally wrong on their own terms and effectively give up on any opposition to the government. But what other ideas do they have, which speak to people’s sense of community and identity, which could be embraced by the left?

This process should lead to an active, positive policy programme, which shows liberal and egalitarian ideas are not mutually-exclusive with a sense of place and belonging. They should be about redrawing political dividing lines instead of avoiding them. Of course, that’s easier said than done – but the process of policy sifting is how you emerge with them.

Starmer himself also needs to be more relaxed, plain-speaking and down-to-earth. You can see the real personality there wanting to burst out. He should let it do so. It would not reduce his success in looking professional, but emphasise it. The language needs to be more specific, Anglo-Saxon and to-the-point. Every sentence of party communication should refer to very concrete terms, rather than the corporate abstractions which it has started to descend into.

Today, lots of people are going to claim this is the end of Starmer. Some of them will do so cynically, out of their bizarre Labour tribal war. Others will do sincerely, from horror of the prospect of ten years of Boris Johnson as prime minister.

It’s important not to get too over-excited. This was not a fair test and chances are any leader would have been in the same position. The times are anomalous and it’s silly to claim more from them than they can provide. This morning does not necessarily offer a guide to what will happen in a few years.

But this does have to be a wake-up call. Eventually politics will return to normal. And when it does, and Labour has a better chance to be heard, it needs to be providing something much more inspiring than what’s currently on offer.