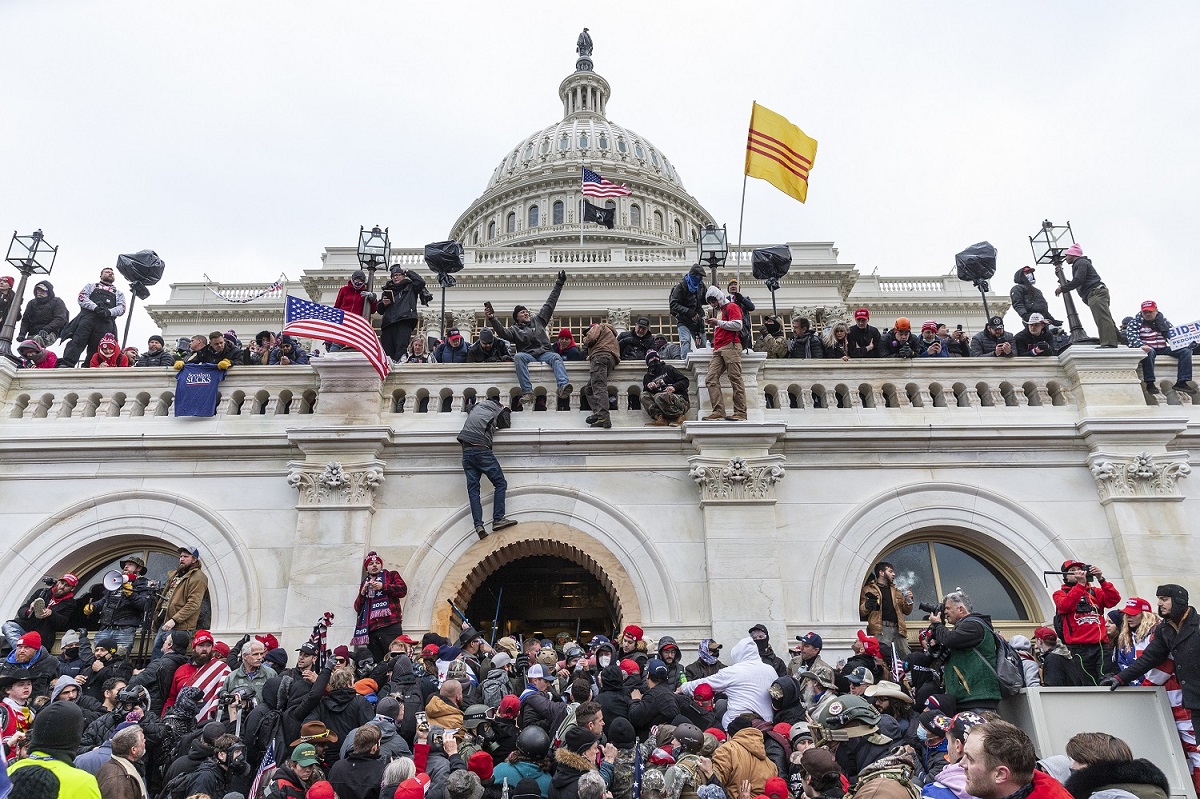 Not the best start to the new year. Some people had developed an almost numerological approach to 2020, as if there was something cursed about the calendar itself rather than the circumstances which operated during it. And then, lo and behold, 2021 came along and appeared to be just as bad as what came before.

The events which took in place in Washington on Wednesday night were the first major news event of the year. In all likelihood, and with a bit of luck, they will still be the most significant when we do a news round-up in December.

It was an attempted insurrection against American democracy by a violent mob – incited, encouraged and supported by a fascist president. You have to use the appropriate words for this sort of thing and those are the correct ones, as point of definition rather than political forcefulness. They were a mob, it was an insurrection and Trump is a fascist.

It was also the result of one of the central tactics in the new populism: post-truth. The protestors who stormed Congress were motivated by a simple story. It was that the election was stolen. Trump told it over and over. He started telling it before the election. He continued afterwards. 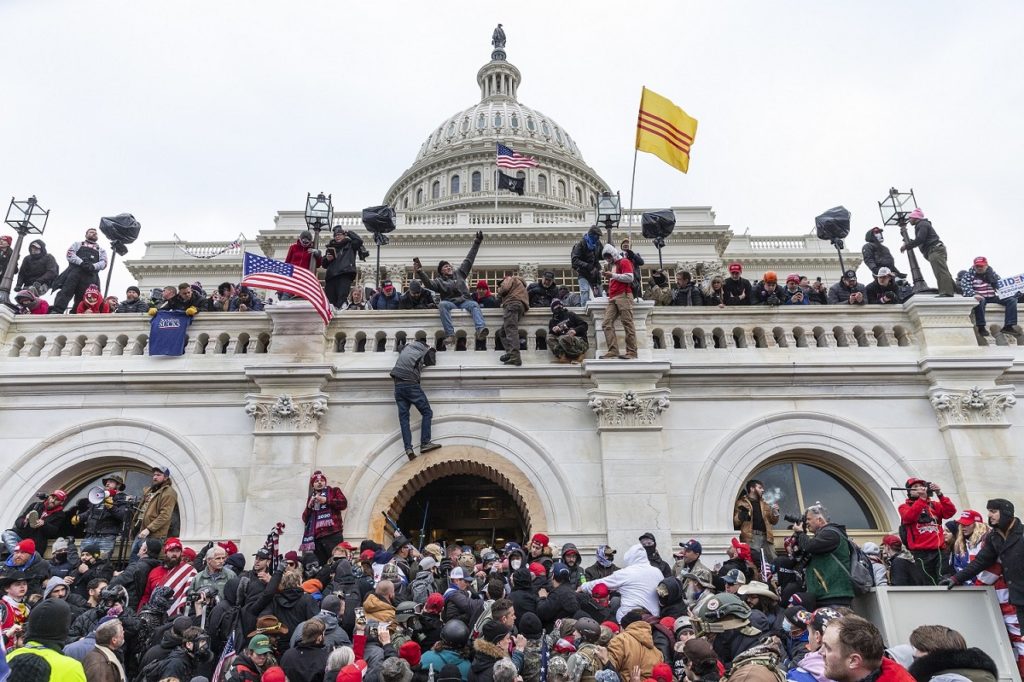 There was no truth in this story and there never had been. Every time it met a courtroom or a fact-checker, it fell apart like the pack of lies it was. But that did not matter. And it had never mattered. After all, Trump came to power on lies and he governed on the basis of them. He was a politician who traded in lies at a velocity we had never thought possible. This was just the next one, the culmination of them, the one which acted specifically to undermine the electoral function of the United States.

For that lie to operate he needed two crucial institutional boosters: compliant Republican politicians who would put their own career advancement over the truth, and a social media ecosystem in which lies could proliferate, unchecked, reaching over the head of the mainstream media to his supporters.

Until Wednesday, both of those things held. Republicans fell into line. Hardly any of them had the backbone to raise the alarm over what he was doing. Most of them sullenly went along with it, disgracing themselves in the process. And the social media companies allowed it, even as they increasingly began belatedly putting up disclaimers that his comments were false. 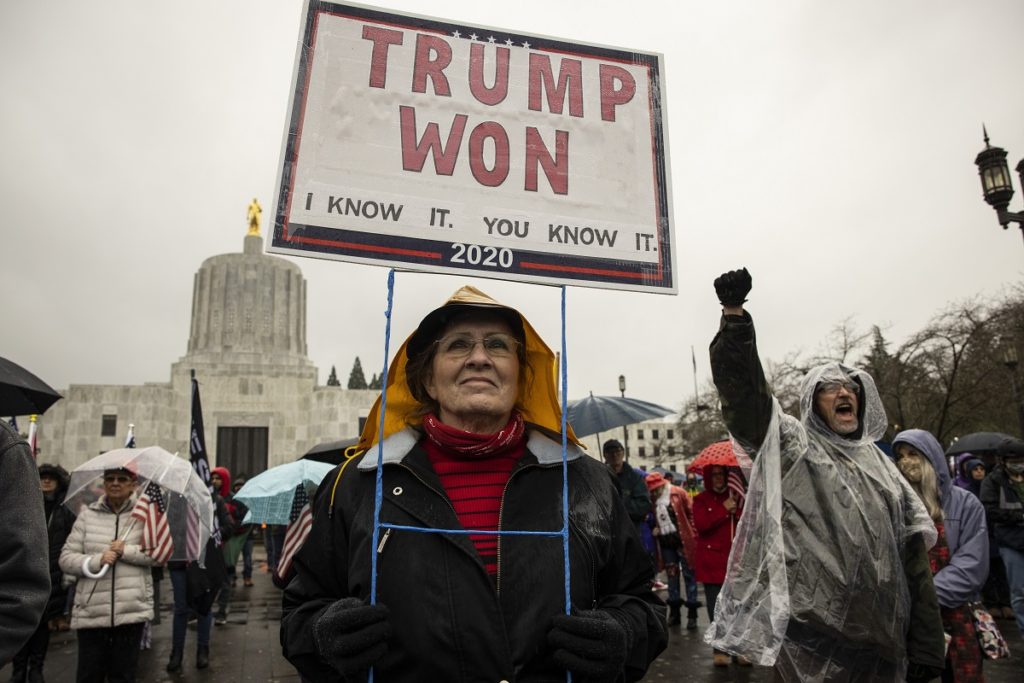 Now, it’s not so straightforward. Republican politicians have been clearly taken aback by the events on Wednesday. Perhaps more importantly, they got the sense that this moment would go down as one of the bleakest events in the country’s history and that anyone connected to it would be tainted by association.

They started to turn. It was not immediate and not comprehensive. Plenty of Republicans were still objecting to the election result yesterday. But some of them did break away. The resignations from aides and Cabinet members dribbled in.

Social media companies have also stepped up their response. Twitter temporarily suspended the president and said it would make it permanent if he broke the rules again. Facebook stopped publishing Trump’s statements for two weeks.

It’s easy to attack social media companies. Most people do so on the platforms they offer. And that is not a cheap point. It highlights the problem. No matter how much we complain about them, we like these services. We use them willingly and eagerly. Lockdown would be immeasurably worse without Twitter, Facebook and WhatsApp to communicate with people outside our homes. These companies did not set out to become nests of lies, a transmission agent for some of the dangerous political ideas in our period. 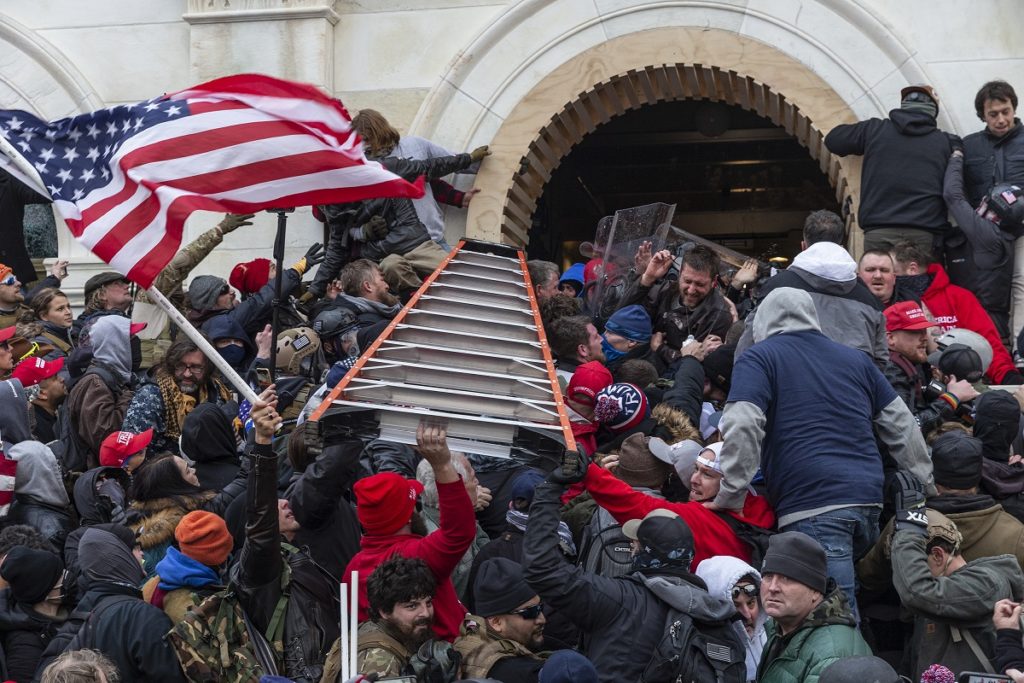 Rioters clash with police as they try to enter the Capitol building through the front doors. (Credit Image: © Lev Radin/Pacific Press via ZUMA Wire)

But what they did to do was try to maintain engagement – to keep people reading and scrolling and clicking. And that metric has proved easiest to secure when information raises an emotional response – typically outrage – and when it plays into people’s tribal identity. These companies benefit from that engagement through advertising. That means that they must also take on the full responsibilities of a publisher. This isn’t about censorship, although that will occasionally be necessary. But it is about the way information is presented and circulated.

It’ll be a moment in which Republican politicians realised what Trumpism entailed, a moment in which they glanced down at the abyss and wondered if they wanted to become the party of thug politics, smashing down Congressional windows instead of winning elections.

It’ll be a moment in which social media companies recognised that they have a moral responsibility to act as a publisher for what happens on their platform and not just a mute host for it. And hopefully, when the next Trump comes along, they will have the bravery to start putting warnings around their statements at the start of their political career, rather than the end of it.

It’s too early to tell if that’ll happen. Things could still go either way. But if so, there is at least an outside chance that what we saw on Wednesday is as bad as 2021 is going to get, rather than just the opening act.