At what age can you vote?

The headline voting age in the United Kingdom is 18. This is the age that people become eligible to vote in a UK Parliamentary Election. 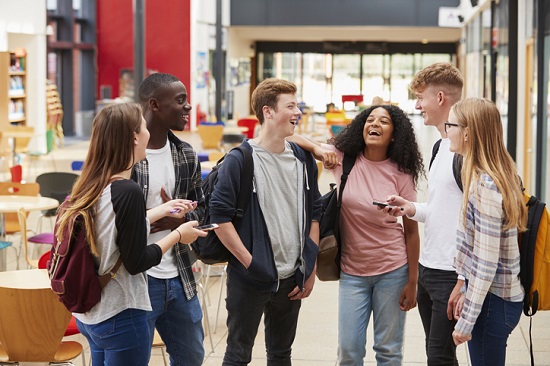 In England and Northern Ireland, this minimum voting age of 18 applies to all other elections.

In Scotland the voting age for local elections and Scottish Parliament elections has been lowered to 16.

In Wales, the voting age for Senedd elections (the Welsh Assembly) and local government elections has also been reduced to 16. However elections for Police and Crime Commissioners in Wales remain reserved for those who are 18 and over, just as they are in England.

At what age can people vote in other countries?

Member states of the European Union generally have the same voting age as the United Kingdom for national elections.

Austria and Malta are the only countries in the European Union with a national vote age of 16.

There are then a couple of interesting exceptions. For example, in Hungary, 16 and 17 year old’s are allowed to vote if they are married.

Meanwhile, Italy has a voting age of 18 for its Lower Chamber, but one of 25 for its Upper Chamber.

Outside of Europe, Argentina, Brazil, Cuba, Ecuador, Nicaragua, Indonesia, and Timor-Leste all have a lower voting age than the UK. However other countries have a higher voting age.

South Korea allows voting at 19; Lebanon, Pakistan and Singapore permit voting at 20; whilst Tonga does so at 21.

The case for reducing the voting age

Arguments made in favour of reducing the voting age are typically revolve around the following core points:

1. Enhanced political engagement
It is claimed that lowering the voting age would increase young people’s interest in politics, particularly when accompanied with reforms in citizenship education. It is suggested that such a move would be good for democracy, support civic engagement, and increase political participation.

2. 16 year old’s having the necessary maturity
It is argued that 16 and 17 year old’s can currently do many things such as join the army, work full time, or get married. As such it is claimed that they are more than capable of being able to vote.

3. 16 and 17 year old’s being interested in politics
It is argued that 16 and 17 year old’s have at least as much interest in politics as any other section of society.  Where concern is expressed about the knowledge and experience possessed by people aged 16 and 17-year-olds, campaigners warn that this is the same line of argument, that has been misused to disenfranchise certain adult groups in the past.

The case for maintaining the voting age at 18

Alternatively, the arguments made against extending the vote to sixteen and seventeen year old’s, include:

1. Perceptions around their lack of understanding
It is suggested that because 16 and 17 year old’s are largely still at school, they are unlikely to fully understand political issues, to the same degree as the adult population..

Moreover, it is pointed out that voting at 18 remains the norm across the overwhelming majority of the democratic world.  Most other countries also feel, that the age of 18, best represents the appropriate age of maturity in regard to voting.

2. The Lack of Life Experiences
Even if they are aware of political issues,  it is suggested that 16 and 17 year old’s by definition still lack the maturity that is gained through life experience.   This has previously been used as an argument for increasing the voting age to 21, or even 25 as per the Italian Upper Chamber.

3. Low Voter Turnout
It is pointed out that when young people do gain the right to vote, this cohort exercises that right far less than the population as a whole. Polling research from Ipsos MORI indicated that turnout in the 2019 General Election was only 47% among 18 to 24-year-olds, compared to to 74% among over-65s.

Accordingly it is suggested that simply giving more young people the vote, is not the solution towards boosting political engagement amongst youth groups.  Moreover, these low turnout figures, suggest that extending the franchise is not an important issue for many young people themselves.

4. Political Expediency
Opponents of changing the current system point to the fact that all existing adult voters have themselves had to wait until they were18 before they were able to vote.  As such it is only fair, that current young people should do the same.

It is suggested that many of those calling for the lowering of the voting age are also motivated by political self interest.  Indeed, it is noted how this issue has come to the fore in the last twenty years, at the same time as voting behaviour has itself become far more heavily influenced by age.

Although this claim is fiercely rejected, the accusation is made that the political parties who have recently moved to support a reduction in the suffrage, are also those parties who are the most likely to benefit from the support of these newly enfranchised voter groups.

The impact of giving 16-17-year-olds the vote

In 2015 it was estimated that there were 1,534,192 sixteen and seventeen year old’s in the United Kingdom.  This compared to the voting age population of 50,909,098.  Reducing the voting age to 16 would thereby increase the electorate by some 3%.

In recent years, election polling has consistently shown that young people are considerably more left-wing than older people.  This trend has become even more entrenched over the last decade.

Younger adults typically turn out to vote with less intensity than older people (as detailed above).

However, most commentators do believe that extending the voting age to 16, would make a difference to the electoral outcome in a small number of marginal constituencies, and almost exclusively to the benefit of the Labour Party.

The Voting Age Debate – A History

For most of the 19th century, and indeed much of the Twentieth Century, democratic countries operated with a voting age that was well in excess of 18.

In 1969, the United Kingdom was one of the first countries in Europe to lower its voting age from 21 to 18, closely followed thereafter by the United States.

In 1999, the House of Commons, rejected an amendment to the Representation of the People Act (2000) that would have lowered the voting age.

In 2002, the then Labour government asserted that it had no intention of considering a change to the voting age.

In 2003, the ‘Votes at 16’ campaign was announced.  It was supported by a range of children’s charities, as well as several political party’s youth wings, Charter 88, and the UK Youth Parliament.

The Electoral Commission itself reviewed the issue in 2003, but recommended that no changes be made in relation to voting age reform at that time.

A comparison with the Scottish position was more evident during the 2016 referendum on Britain’s membership of the European Union. For where 16 and 17 year old’s in Scotland had been able to vote in the 2014 Scottish Independence referendum, they were not able to participate in the 2016 vote around Brexit.

In 2018, the All-Parliamentary Group on Votes at 16 was founded. Reducing the voting age to 16, is now the official party policy for Labour and the Liberal Democrats.