What is the State Pension Age?

The current state pension age in the UK for both men and women is currently 66 years old.

The stage pension age is scheduled to rise to 67 years old by 2028.

There are then further proposals to raise the minimum state pension age to 68 between 2044 and 2046.

The government has a calculator on its website that allows people to calculate their current minimum state pension age depending on their date of birth.

Under the so called ‘triple lock’ measures, the state pension currently increases every year by the greater of either 2.5%, that year’s consumer price index, or the increase in national average earnings. 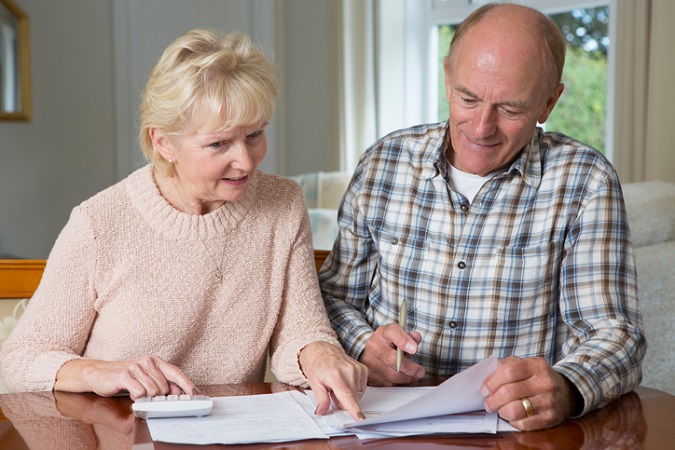 The state pension age seems likely to continue to increase with life expectancy.

How does the UK state pension age compare?

The state pension age in the UK is broadly equivalent to that seen in most other European countries.

Depending on the contribution period and sector of employment, the equivalent figure is 65 to 67 in Germany . In Belgium the stage pension age is 67. In Greece and Ireland, the age is 68.

Similar to the steps recently taken in the UK, most European countries standardised their pension age for men and women during the period 2010 to 2020.

Within Europe, only Poland, Romania and Croatia, now maintain different pension ages for men and women.

History of the state pension age

Equalising the pension age
From the late 1940s until April 2010, the State Pension age in the United Kingdom was 60 for women and 65 for men.

Plans to increase the state pension age had though been first laid out in 1995, providing people with fifteen years notice of the eventual change. Brought forward by the Conservative government at the time, the Pensions Act 1995 provided for the State Pension age for women to steadily increase from 60 to 65 over the period April 2010 to 2020.

The move to standardise the state pension age between men was justified in terms of demographic changes (most notably life expectancy), the increased role of women in the labour force, international comparisons in terms of equalising pension ages, and developments required under European law.

In 1990 the European Court of Justice had ruled that occupational pensions constituted part of pay and must be equal for men and women in respect of pensionable service.

Further increases to the pension age
In 2007, the then Labour government introduced the Pensions Act 2007, which detailed further plans to increase the overall state pension age for both men and women to 67 and then 68 in the period between 2024 and 2046.

Under the Pensions Act of 2011, the Coalition government brought forward proposals to increase the state pension age for men and women to 66 by 2020.

The Pensions Act of 2011 also accelerated the latter part of the timetable under which it was proposed to standardise the pension age between men and women.

The Pensions Act 2014 has since also provided for a regular review of the state pension age, at least once every five years. These reviews will take into account a number of factors, most notably the idea, that that people should be able to spend a certain proportion of their adult life drawing a State Pension.

Why has the state pension age been increasing?

The predominant reason given for the continuing rise in the State Pension Age is related to an increase in life expectancy.

As a result of improvements in public health, medical advances (most notably in the treatment of cancer and heart disease), and lifestyle changes (such as a decline in smoking), life expectancy has risen considerably.

Justifying the 2011 change to the state pension age, the Liberal Democrat Pensions Minister, Steve Webb, commented that as longevity improvements are shared between the generations, it is only fair that the associated costs are also shared.

In the 2013 Autumn Statement, the then Chancellor of the Exchequer, George Osborne, detailed how the government believed that future generations should spend up to a third of their adult life in retirement.

Although no further changes to the state pension age have yet been announced, it is certainly possible that this same principle might be used to suggest a further rise in the State pension age to 68 in the late 2030s and to 69 by the late 2040s.

Increasing the state pension age has obvious benefits to the public finances, particularly in times when the government believes itself to be facing a large structural deficit.

The accelerated changes in the 2011 Pensions Act were estimated to bring net benefits of close to £40 billion to the Exchequer. Some £30.6 billion of these savings related to the state pension itself, with a further £8.3 billion expected to be generated from the increased income tax and National Insurance receipts that come from people working longer.

Controversies around equalising the state pension

Despite the above arguments made around the increases in life expectancy, changes to the state pension age have been met with considerable controversy.

Specifically in relation to the 2011 change, campaigners cited objections to the short notice being given of the additional increase in the state pension age for a particular group of women (those born within a certain period in the 1950s) between 2016 and 2020. Age UK, for example, expressed concern that the revised timetable could leave many with “insufficient time to prepare for retirement”.

These concerns were taking up by a campaign entitled ‘Women Against State Pension Inequality (WASPI)’. Receiving the support of the then Leader of the Labour Party, Jeremy Corbyn, the group also took their case to the High Court. However in a judgement in October 2019, the High Court rejected the group’s argument that they had, “not had sufficient notice of the changes, and that this was contrary to the requirements of public law, breached their legitimate expectation and was procedurally unfair”.

Given the lower life expectancy of men, increases in the state pension age above 65 might initially be thought to hit men. However, because of higher average earnings in the workplace, it has also been pointed out that men may be in a better position to offset this loss as a result of higher additional contributions made to alternative private pension schemes.

However statistics have also suggested that during the period in which the state pension was equalised, household incomes for women in the affected age group reduced. The Institute for Fiscal Studies have suggested that household incomes for women in this age group have fallen by around £32 per week on average. Given the reduction was similar in cash terms for all households, the impact was disproportionately greater for lower income households.

Where the overall caseload of those on out of work benefits (Job Seekers Allowance and Universal credit) was shown to have been relatively static between May 2013 and November 2019, figures from the Department of Work and Pensions, also suggested that the caseload, involving women aged over 60 on these benefits, rose by 447%, or the equivalent of 33,900 claimants.

Working after the state pension age

Those who are over state pension age and who continue to work, no longer need to pay National Insurance contributions, something which would amount to an additional saving of around £2,500 per year for the average full time employee in the United Kingdom.

It is also possible for people to keep on working, whether paid or on a voluntary basis, while claiming the state pension. Money earned in this regard does not affect the state pension payment, albeit depending on the level, it may potentially be subject to income tax, and could affect a person’s entitlement to other benefits such as Pension Credit, Housing Benefit and Council Tax Reduction.