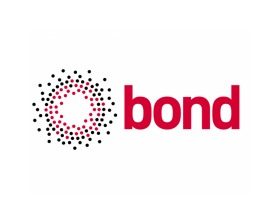 Last night the Government suffered a series of defeats in the House of Lords over its Police, Crime, Sentencing and Courts Bill.

The Police Bill Alliance, made up of organisations including Liberty, Bond, Quakers in Britain, Friends of the Earth, and Friends, Families and Travellers, said:

“Peers have rightly rejected some of the most extreme proposals in the Police, Crime, Sentencing and Courts Bill. We are grateful to every Peer who stayed late to push back against this draconian Bill which seeks to destroy the right to protest in the UK.

“With the Bill set to return to the Commons, we now urge MPs to uphold the changes Peers have made on ‘noise-based’ conditions on protests.

Unfortunately many of the measures criminalising protest remain in this Bill, meaning you could get ten years in prison for causing ‘serious annoyance’. The Bill also introduces oppressive new measures which criminalise the nomadic way of life for Gypsy and Traveller communities.”

“This Bill is just part of a suite of legislation going through Parliament which attack our fundamental rights and undermine democracy in the UK. Be it stripping people of their British citizenship without warning, or allowing Ministers to throw out Court decisions they disagree with – placing politics above the law, we are now entering dangerous waters when it comes to Britain’s civic freedoms and democracy.

Stephanie Draper, Chief Executive, Bond said: “Thank you to all the Peers who voted to oppose some of the most dangerous measures proposed by the government. People need to be able to stand up for the issues that matter to their families and communities, both here in the UK and around the world. Be it about climate change or against inequality, protest is a cornerstone of our democracy and we must not take it for granted. This is why international development charities will continue to campaign against the Police Bill, especially those parts that remain incompatible with international law and set a bad precedent internationally.

“At a time when the right to protest is under attack around the world, the UK should be setting a positive example, rather than making it harder for people to exercise their democratic freedoms.”

Martha Spurrier, Director, Liberty said: “This vote is a crucial victory for everyone who has a cause they believe in. The right to protest is not a gift from the state, and it’s fitting that through months of protest we have protected this right from a dangerous power grab from the Government.

“Yesterday’s vote means some of the most dangerous and authoritarian parts of the Policing Bill will never darken British democracy, but the campaign to stop the Policing Bill must go on. The Bill is an all-out assault on the right to protest, and there are still many dangerous new police powers in the Bill that will increase discrimination and the danger of police interactions – particularly for Black men – while other measures threaten to criminalise the way of life of Gypsy and Traveller communities.

“The Bill, and the last minute amendments they tried to sneak through, are typical of a Government that despises scrutiny and rejects accountability, which thinks the powerful should be above the law, even if it comes at the expense of everybody else’s human rights.

“We have shown that with a united front people power can stop the Government from changing the rules to suit themselves. Now the fight continues to stop from them threatening all our rights and making themselves untouchable.”

Paul Parker, Recording Clerk, Quakers in Britain said: “Protest is an important way for Quakers to put faith into action – for centuries we’ve been speaking truth to power wherever we see injustice. We’re grateful to all the Peers who have worked with our coalition to improve this Bill. However, it remains a dangerous piece of legislation. Rather than encouraging legitimate protest, it will suppress dissent and weaken government accountability. We continue to work with others to oppose this Bill and other threats to democracy and human rights in the UK.”

Sarah Mann, Director, Friends, Families and Travellers said: “We are enormously grateful to all the peers, allies and community members who stood up for the right to live a nomadic way of life in the United Kingdom. We are grateful to those who understand that human rights are inalienable and if they can be taken away from one of us, they can be taken away from all of us.

From Police Forces up and down the country to the Government’s own human rights committee, it is abundantly clear that no one wants these powers. It is heart-breaking and infuriating in equal measure that Part 4 passes the Lords with no amendments, on a technicality.

Gypsy, Traveller and nomadic people living roadside, with nowhere else to go, will not be afforded such ‘technicalities’ – they will face a law that describes trampled grass as ‘significant damage’. It’s not just the devil that’s in the details, but the sheer absurdity and cruelty of Part 4.

It would be far more productive for the Government to provide more safe stopping places so that families living nomadically can access basic services such as fresh water, sanitation and refuse collection. It’s no good using the full strength of the law to tell people where they can’t go, without telling them where they can.

Everyone deserves somewhere to live, in peace, security and safety.”

“Peers have rightly rejected the Government’s most extreme attempts to add authoritarian new anti-protest measures to an already draconian Bill. This included a raft of poorly drafted new offences, police powers to stop and search protesters and individual protest banning orders, all introduced to Parliament at the last minute. These were measures you’d expect to see in a dictatorship not a democracy.

“This was undoubtedly a humiliating night for the Government as Peers stood up for our historic rights and freedoms. However significant parts of the Bill still survive that will to make it easier to restrict and criminalise protests, and introduces harsh sentences for peaceful actions. Crucially the Lords vote to remove police powers to restrict protests for being too noisy must now be confirmed by MPs. They have a last chance to defend our historic right to be heard by those in power.”