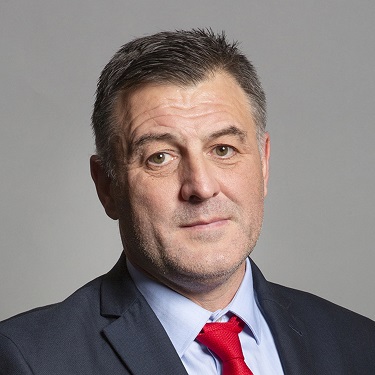 The hard left Labour MP for Liverpool West Derby, Ian Byrne, has this afternoon revealed that he, his family and office staff, have faced a possible death threat.

According to a statement put out by the MP, a far right extremist who had posted comments about the murder of Sir David Amess, claiming he would not be the last MP to die, was photographed outside his office in West Derby.

In his statement Mr Byrne commented, “This is a sobering reminder of the dangers faced by all who work in the public eye for a society free from division and hate”.

Mr Byrne has been receiving the support of the counter terrorism unit in parliament.  He is set to recommence constituency surgeries from September albeit with updated procedures.

Following his statement, Mr Byrne has received messages of solidarity from fellow MPs on Twitter, with Claudia Webbe MP tweeting, “No one should be subjected to this level of violence, hate or abuse”.

Ms Webbe was herself was expelled from the Labour party in November 2021 after being convicted of harassment.

This afternoon’s statement by Mr Byrne comes as he continues to fight to secure reselection as the Labour candidate for Liverpool West Derby at the next election.

In recent week’s this battle has become increasingly acrimonious with Mr Byrne raising concerns about the process as he seeks to secure the necessary support to get on the ballot.

Referring to suggestions that his supporters participating in reselection meetings by Zoom should hold up signs of support, Mr Byrne was previously quoted in the Liverpool Echo as saying, “It’s absolutely awful to have to do this but the discrepancy between last night’s attendance by my supporters and the results of the ballot that came back today is massive. So the visibility of voting intentions on this occasion is vital because it’s the only way we can prove if votes are being gerrymandered”.

Liverpool West Derby is one of the very safest Labour seats in England, with the party securing 77% of the vote in the 2019 General Eleciton.