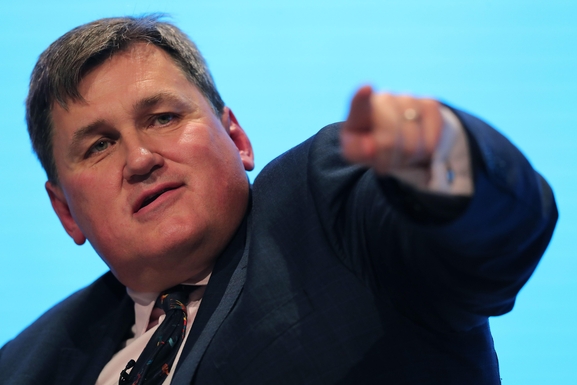 Minister says emergency budget ‘not off the table’

Policing minister Kit Malthouse has refused to rule out an emergency budget to tackle the ongoing cost of living crisis.

Quizzed by Sky News this morning after British Chambers of Commerce head Shevaun Haviland urged the chancellor to tackle soaring costs, Malthouse explained that he “ did not know” if an emergency budget would happen. “You would have to get the Chancellor on and talk to him about that but I think he said in the media yesterday that he is constantly reviewing what he can do to assist,” he went on.

However he added that: “Well, we don’t rule anything in or anything out. I am afraid you are asking me questions above my pay grade.”

He said he hoped the Bank of England’s monetary policy committee’s vote to hike interest rates would help to “dampen” soaring prices, but that ministers remained concerned by them.

Last week the Bank said inflation was likely to hit 10 per cent by December.

The UK economy is set to shrink yet further this year as energy prices soar and the cost of living climbs.

“Obviously the Bank is taking the measures it needs to do by raising interest rates to start to restrict that money supply to dampen things down a little bit so that inflation doesn’t get out of control and I sincerely hope that that works,” Malthouse stressed.

However he admitted that he could not “make a personal prediction to you”, and that the government would “have to think carefully about what our response to that [inflation] might be.”

He did not divulge any details of today’s forthcoming Queen’s Speech that could aim at the growing cost of living, but said No 10 and the treasury were in “constant conversation” about solutions.

“As far as the cost of living crisis is concerned, it is incredibly challenging for people out there at the moment” he explained.

“Obviously legislation takes some time to put in place. It has to go through both Houses, it can often be many months, sometimes over a year before it hits the statute book.

“But I do know that the prime minister and the chancellor are in constant conversation about how we can be agile in assisting people through this challenging time.”