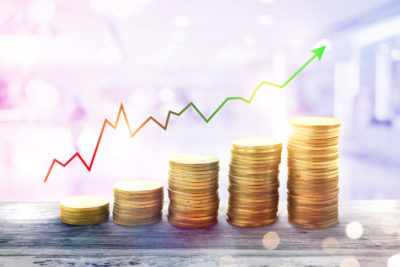 UK inflation has rocketed to a new 30-year high , according to fresh data from the ONS this morning.

Figures released this morning show that the consumer price index soared to 6.2 per cent this February, up from 5.5 per cent in January and higher than the forecasted 6 per cent forecast.

This marks the highest yearly increase in prices since March 1992.

The ONS also said that the retail price index reached a 31-year-high of 8.2 per cent.

These stats come as chancellor Rishi Sunak is set to deliver his spring statement to MPs this afternoon.

Climbing prices will likely up the pressure on Sunak to scrap next month’s scheduled tax rises as households struggle to manage rising bills.

Commenting on the latest ONS Prices data, Jack Leslie, senior economist at the Resolution Foundation, said: “Another sharp rise in inflation last month offers a foretaste of the huge income squeeze coming this year, with inflation likely to hit at least 8 per cent this spring – which could be the highest it’s been in 40 years – along with a second spike this autumn.

“This prolonged period of high inflation – which millions of people have simply never experienced before – is a complete disaster for living standards. It will mean pay packets continuing to shrink, along with vital income support such as Universal Credit and the State Pension.

“The Chancellor will need to set out a bold response to this cost of living crisis in his Spring Statement today, starting with ensuring that benefits keep pace with inflation over the coming 12 months, rather than shrink by £10 billion as they are currently on course to do.”

Kitty Ussher, chief economist at the Institute of Directors, said: “This higher-than-expected rise, even before the anticipated increase in energy bills in April, demonstrates that rising inflation is now hardwired into routine business decisions, with price increases spread widely across all sectors of the economy.

“Today’s data is consistent with our own membership surveys, which also showed a rapid increase in expectations of inflation from January to February.

“High inflation adds to the uncertainties and costs of doing business. For households reliant on benefit income there is an additional concern, namely that benefits are uprated in line with the rate of inflation as it stood in the previous September, which, at 3.1%, was only half the current rate.  All eyes will be on the Chancellor this afternoon to see if this is something he is prepared to take action on.”