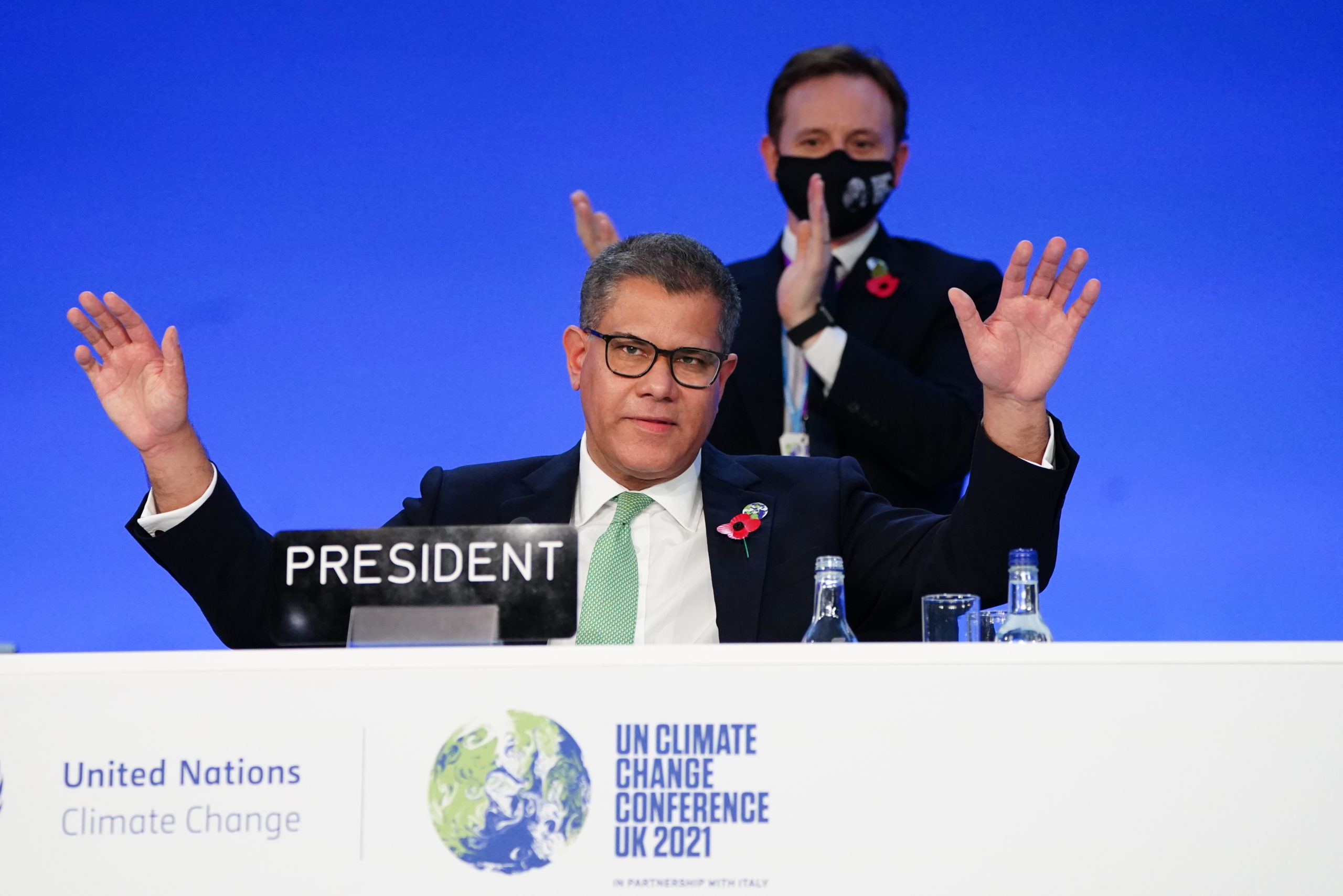 Following a turbulent two weeks of negotiations in Glasgow, a deal aimed at staving off dangerous climate change was finally struck yesterday. Speaking to Sky News’ “Trevor Phillips on Sunday” this morning, COP26 President Alok Sharma hailed the progress: “I think what we’ve achieved here is something quite remarkable”.

Sharma insisted Glasgow “delivered” on his promise to keep the temperature limiting goal of 1.5C within reach. “This is a historic agreement… but this is just the start”, the COP26 President continued.

The Glasgow Climate Pact is the most significant climate change pact since the landmark Paris Agreement and first-ever climate deal to explicitly plan to reduce coal consumption, the worst fossil fuel for greenhouse gases.

In the past 30 years, previous attempts to get the word “coal” into an agreement have failed.

But post-summit optimism has been tempered by the last-minute intervention from India and China which saw the commitment to “phase out” coal changed to a pledge to “phase down”. Sharma insists that in order to get a deal passed, he had little choice but to let the words into the agreement. “If we hadn’t done that we wouldn’t have had an agreement,” he said.

Nonetheless, speaking yesterday to the assembled delegates on the COP26 summit floor, Sharma said he was “deeply sorry” for how events had unfolded. His voice cracked as he told delegates: “I understand the deep disappointment. But I think as you have noted, it is also vital that we protect this package”.

Speaking to Sky News today, Sharma was slightly more upbeat. He said that while “I would have liked to ensure we maintained ‘phase out’ instead of changing to ‘phase down’ … but with any phasing out you’ve got to phase down [first].”

Sharma also said that, on the issue of coal, China and India will have to “justify what happened to climate vulnerable nations”.

Alongside the headline “Glasgow Climate Pact”, other major commitments from the COP26 summit include:

Commenting at the end of COP26 yesterday, Prime Minister Boris Johnson said there is still “a huge amount more to do in the coming years”. But he insisted that “Today’s agreement is a big step forward and, critically, we have the first-ever international agreement to phase down coal and a roadmap to limit global warming to 1.5 degrees”.