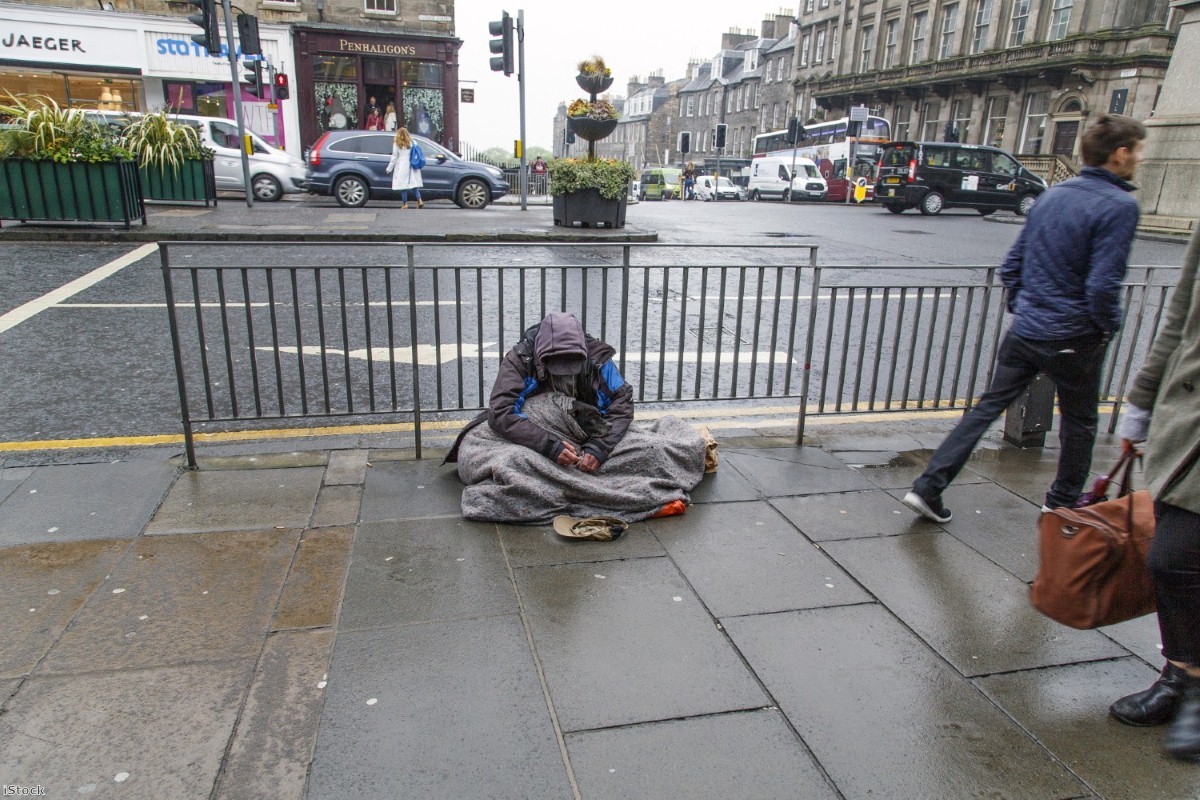 Homeless charity hands out eviction notices to its own tenants

A leading homeless charity has come under fire after handing out eviction notices to tenants living in properties it owns in the capital.

St Mungo's, who carry out a number of homeless services in the capital, own 24 flats in South London. They are now reviewing the tenancies of 14 of those.

Tenants of the flats say they were asked by the charity to attend their offices, where they were then handed section 21 eviction notices – the first step in eviction procedures.

"I'm so stressed out about this," one person, who didn't wish to be named, told Politics.co.uk. "I've got no place to go, but St Mungo's have basically told me that I have outstayed my welcome."

"They told me to go to the local council for help. I have done that, but they've told me I would not be classed as in priority need to be housed."

A group of tenants met with housing activists and members of the local branch of Unite last night, to discuss their next move. They say they will stay at the property until the bailiffs are sent in to force them out and have set up a petition against the evictions.

The flats, which are on a St Mungo's run site in Lewisham, were originally set up as semi-independent flats for people from the borough in work, or in pre-employment programmes. Some of the residents have lived there for almost six years.

The chair of the Lewisham Town Hall Unite branch, Nick Long, attended a pre-planning meeting with St Mungo's about their plans, but said the charity offered no alternative accommodation or real support to the tenants.

"They were basically just told to present at the homeless department at the council," he said.

"We're very concerned about what is going to happen to these people, many won't be picked up as being in priority need."

St Mungo's say that they are reviewing the tenancies because some of the residents' situations have changed since they first moved in.

"Each individual situation is different and we have offered, and are currently holding, one-to-one meetings with residents to see how we can move forward. No tenancies will end in November as a result of these section 21 letters. Rather, we want to agree with people their personal tenancy situation and plan next steps, if appropriate, from there."

This comes the day after Politics.co.uk revealed that St Mungo's are accused of being 'complicit' in the deportations of EU rough sleepers.

Documents suggest the charity co-operated with forced deportations from the UK, after being commissioned by former mayor Boris Johnson to work on his plan to eradicate rough sleeping in the capital.