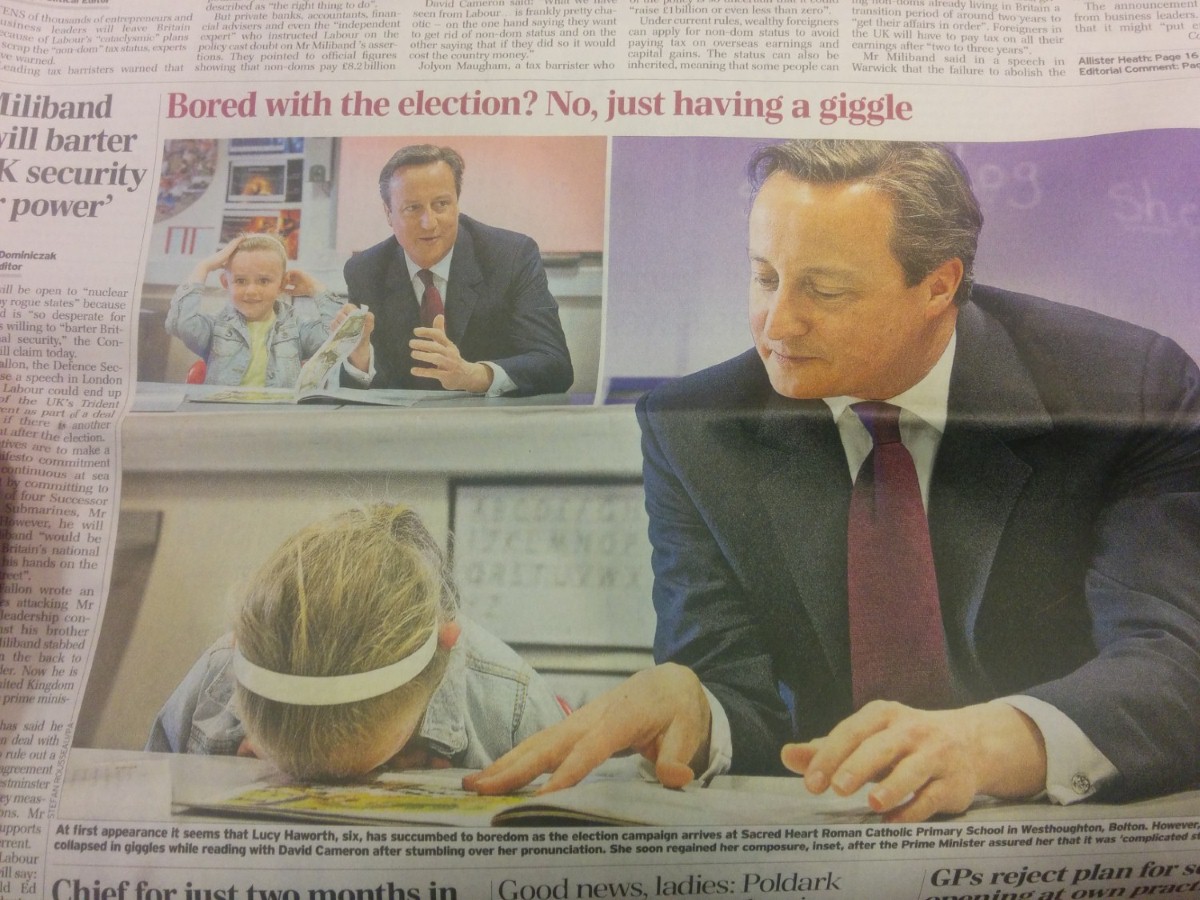 The Telegraph has been fined £30,000 for sending an unsolicited email to hundreds of thousands of its subscribers, urging them to vote for the Conservatives.

The Information Commissioner said the 'unprecedented' email, sent by Telegraph editor Chris Evans on the eve of last year's general election, was a serious breach of regulations protecting consumers from unsolicited online marketing.

In a remarkable message sent to readers, Evans said he was taking "the unprecedented step of sending you the Telegraph's leading article," because he believed the election was a "watershed moment" for the the country.

Polls at the time mistakenly suggested the election was on a knife edge, with Ed Miliband standing a good chance of becoming prime minister of a minority, or coalition government.

"Do we continue under the Conservatives with the open, enterprise-led economic approach that has underpinned our prosperity for nearly 40 years?” Evans wrote.

"Or do we revert to an old-style, ‘government-knows-best’ culture championed by the most leftwing Labour leader for a generation?”

1am email from @Telegraph urging me to vote Tory. Why do you only call me when you're high? #GE2015 pic.twitter.com/X63Dm2Yddd

The email ended with a final plea for Telegraph readers to "vote Conservative".

The ICO today ruled that the Telegraph's email was a clear and serious breach of the Privacy and Electronic Communications Regulations.

However, the ICO ruled that although 'negligent' the email was not a deliberate attempt to breach the PECR.

The Telegraph will now have to pay a £30,000 fine to the commission, which will then be paid into the government's bank account. The fine will be reduced to £24,000 if paid promptly.

"Although we are disappointed with this ruling, we note the mitigating factors that the ICO highlights in its report: the response to the email was overwhelmingly positive, and the ICO agreed in its ruling that it was unlikely to cause distress. Indeed, only 2 complaints were received by the ICO. The ruling also recognises that we fully co-operated with the ICO and that we have taken steps to make sure this should not happen again."