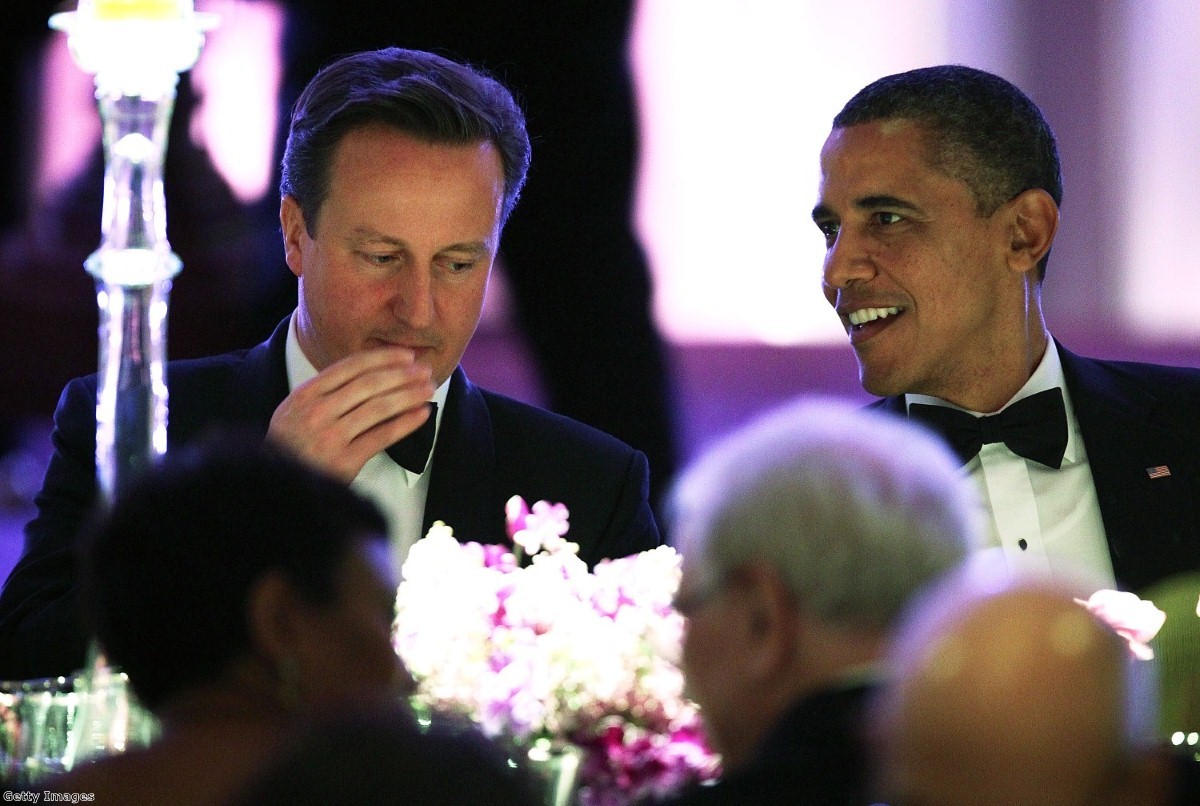 The event, which was the centrepiece of the prime minister's visit to Washington, saw Hollywood royalty rub shoulders with sportsmen and business leaders in an oversized tent at the bottom of the White House garden.

He then alluded to Ivan, the son with epilepsy and cerebral palsy who the Camerons lost in 2009.

"I will say something else David: all of us have seen how you as a parent along with Samantha have shown a measure of strength that few of us will ever know," the president said.

"Tonight I thank you for bringing that same strength and solidarity to our partnership."

The setting of the dinner in the 'backyard' was said to be a nod to how the space is used in American get-togethers to socialise with close friends.

That message was reinforced by the menu, which mixed British and American cuisine in unusual ways. The main course, for instance, was Bison Wellington, the classic British dish but with Buffalo tenderloin.