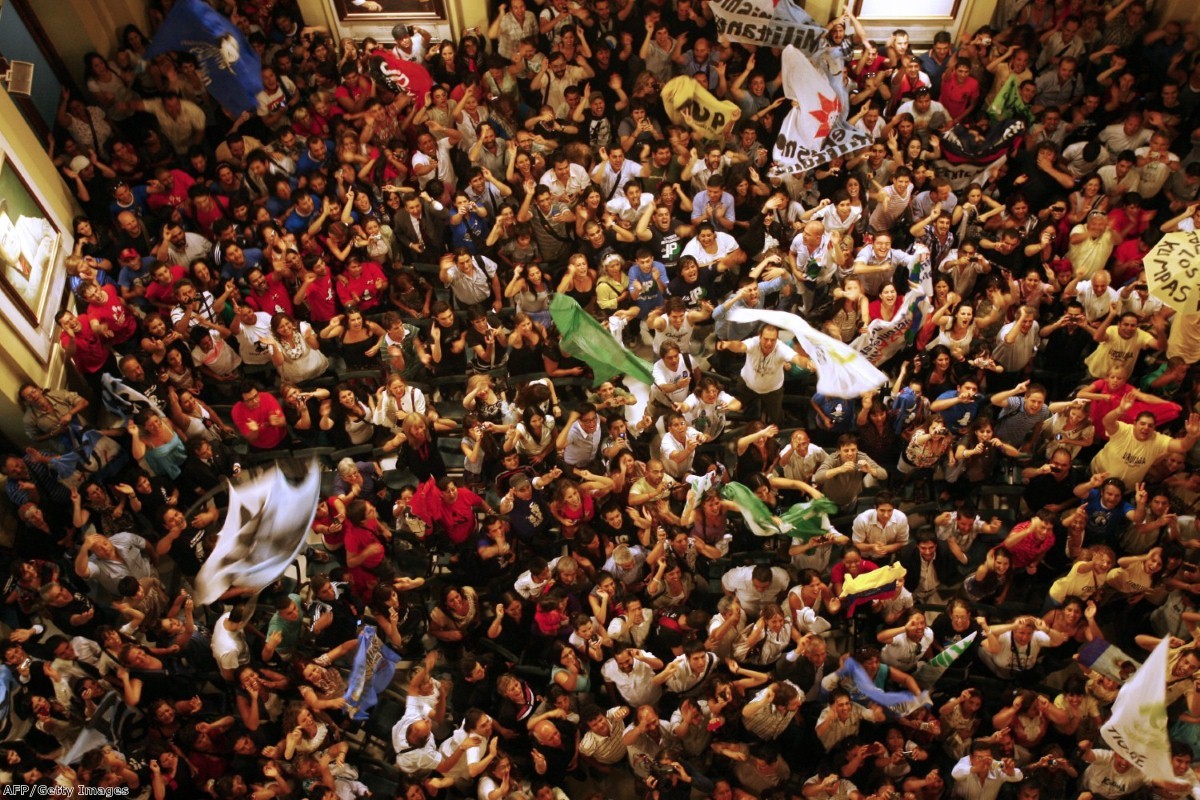 Argentina will commit to a major escalation of the rhetoric around the Falklands Islands by complaining to the UN about British 'militarisation' of the area.

President Cristina Fernandez de Kirchner plans to raise the arrival of a new British Destroyer, HMS Dauntless, to the South Atlantic, as well as Prince William's deployment to the islands as a search and rescue pilot.

"We will present a complaint to the UN Security Council and the UN General Assembly, as this militarisation poses a grave danger to international security," Ms Fernandez said.

"We cannot interpret in any other way the deployment of an ultra-modern destroyer accompanying the heir to the throne, who we would prefer to see in civilian attire."

The move is just the latest strategy in a newfound commitment by the Argentinean government to internationalise the dispute over the islands, which it calls Las Malvinas.

Last week, it was accused by British diplomats of planning a de-facto blockade of the island after putting pressure on Chilean airline LAN to cancel its weekly flight between Punta Arenas and Port Stanley, thereby cutting the islanders off from the outside world.

The moves are popular with the Argentinean public, who are overwhelmingly supportive of efforts to reclaim the islands, despite the 3,000 strong population wanting to remain British.

A large crowd waving Argentinean flags rallied near the government palace when Ms Fernandez made the speech and chanted 'Malvinas'.

The president's efforts at creating Latin American solidarity around the issue have been largely successful, not least because of the country's newfound economic clout.

Chile's foreign minister recently declared support for Argentina's claim – a major development given the rocky history between the two countries.

Chile was of pivotal assistance of Margaret Thatcher during the Falklands war, with some military strategists believing the war would have been unwinnable without Chilean support.

Many Argentineans have long seen Chile as a block on Argentinean influence in the region.

Brazil and Uruguay agreed to the ban on ships flying Falkland's flags recently.

Even Fidel Castro emerged to criticise the UK's claim on the Falklands.

London insists the use of HMS Dauntless is "routine" and that Prince William's deployment was a "humanitarian function".

"The people of the Falkland Islands are British out of choice," the Foreign Office said in a statement.

"They are free to determine their own future and there will be no negotiations with Argentina over sovereignty unless the islanders wish it."

Shadow defence secretary Jim Murphy said Labour would continue to support the government on the issue.

“It is for the UK and UK only to decide which forces to send overseas, when and where," he said.

“Routine deployments should not be misrepresented to serve diplomatic ends. It is wrong to distort Britain’s actions or motives, just as it is wrong to stoke tension."

It is not the first time Argentina has tried to UN route over the islands.

It appealed to the organisation in 1945, but when Britain tried to submit the case to the international courts of justice at the Hague two years later Argentina refused the offer.