Record exam entries, public support and a fresh vision—why is the government ignoring RE? 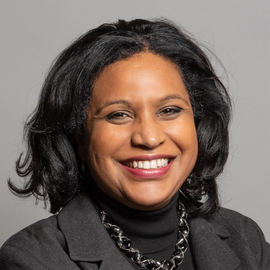 By Janet Daby
Janet Daby is the Labour MP for Lewisham East.

Has a school subject ever been so badly let down by the government? Reading the latest data review into the subject, you could make a pretty good case for that subject being RE.

Then there’s the higher than average Attainment 8 scores in schools with high rates of entry for GCSE RS, and an Ofsted research review which describes the subject as affording ‘students the opportunity to make sense of their place in the world’.

Academically rigorous, challenging, personally enriching – all of the educational assets the Government talked up so strongly in its recent Schools White Paper.

Yet curiously, this is the same subject that has received £0 in government funding in the last five years, at a time when maths has received £154 million, English £28.5 million, and music £387 million

Why is this? When it comes to RE, I often feel there is much happening in the classroom that government ministers simply aren’t aware of.

Walk into an RE lesson and you can find young people discussing the biggest issues of the day, evaluating arguments for and against euthanasia, examining the common ground within and between some of the world’s major faiths. Young people are finding this compellingly interesting.

To use the words of year ten student Shreya at a recent parliamentary roundtable on the subject: the RE lesson is “the one time in school where you can talk, listen and try to make sense of people, events and beliefs in the world”.

You will also find young people discussing their own worldviews. That is getting to grips with their unique way of understanding, experiencing and responding to the world.

A 2018 report by the Commission on Religious Education, a coalition of the country’s leading experts from teaching, academia, journalism and law, recommended that the subject be taught through the lens of a ‘worldview’. Such an approach not only appreciates the uniqueness of the way belief is constructed, but affords students the opportunity to gain the academic knowledge and disciplinary tools they need for life in a multi-religious and multi-secular society. We want our young people to be able to develop insights into both religious and non-religious worldviews – Atheism, Buddhism, Christianity, Hindu Dharma or Hinduism, Islam, Judaism or Sikhism to name a few.

The public appears broadly supportive of this approach too. When surveyed on what they thought the purpose of religious education should be – their support broadly aligned with the goals of the worldview’s vision for RE, particularly when it came to giving young people the opportunity to explore their own beliefs.

Just as we prepare young people for the world of work, so too must we prepare them to understand their own worldview – their philosophy of life that underpins their wellbeing and ability to engage meaningfully with society, colleagues in the workplace, and peers.

As MP for Lewisham East, I am proud to represent one of the most diverse constituencies in the country. Respect and mutual understanding of different worldviews is the bedrock of our community.

Put simply, we must teach these values in every classroom in the country.

If there really is an appetite for levelling up education across the country, for ensuring that every child fulfils their potential, then just as the Government invested in a National Plan for music, a properly funded National Plan for religious education must and should be a priority.

It is simply unacceptable to continue neglecting a subject that is so key to getting the best out of our young people.