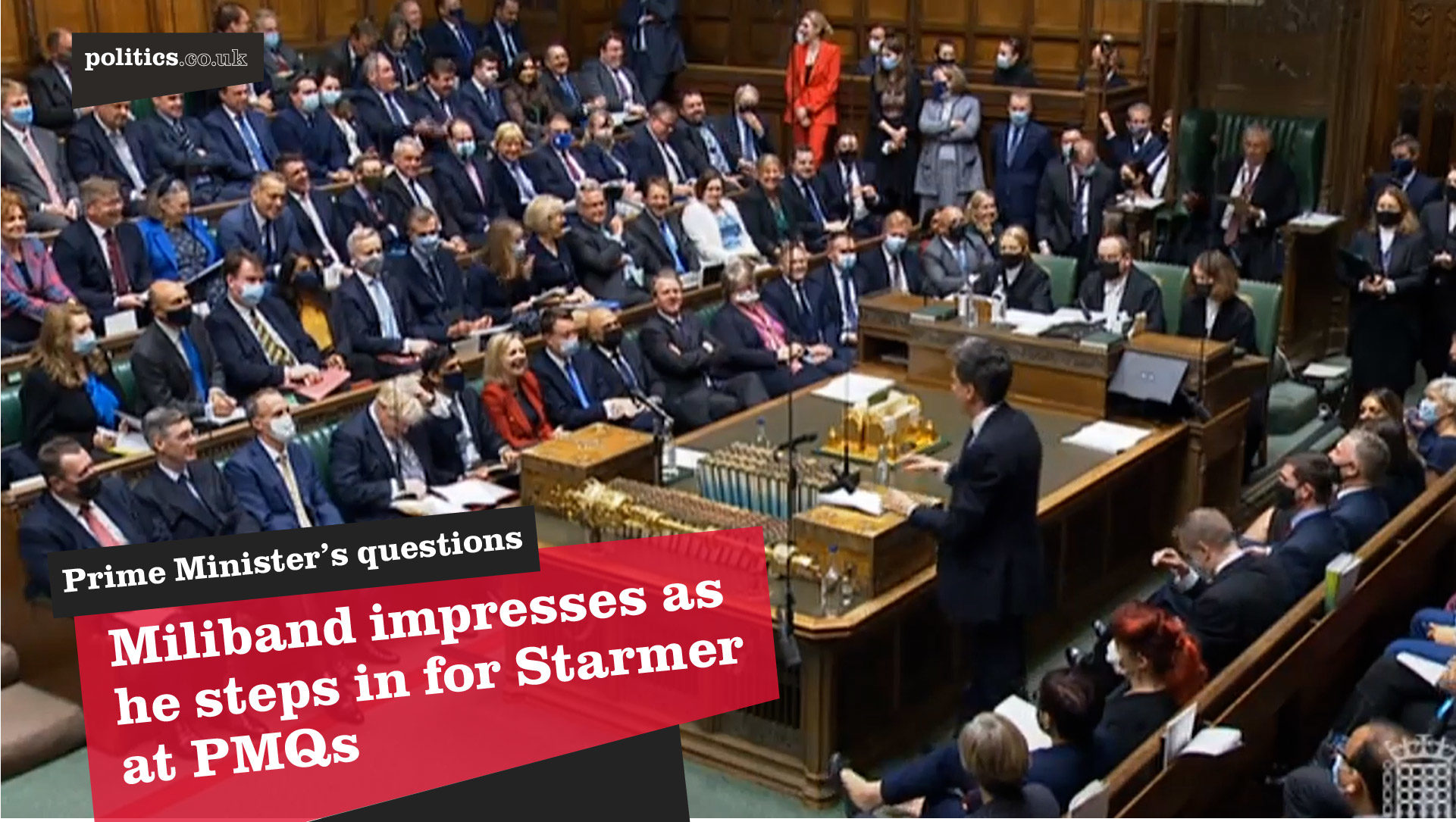 ‘One time only’ – Miliband steps in for Starmer at PMQs

Former Labour leader Ed Miliband stepped in for Keir Starmer today at Prime Minister’s Questions, much to the delight of the House.

Joking at the start of the session, Miliband said it was “one time only”.

Keir Starmer reportedly tested positive for covid minutes before he was due to appear.

After Johnson hit back that Labour’s proposals have been criticised by “the GMB Union, their paymasters”, Miliband said: “He should not be trying to score party-political points on such an important issue facing our country and our world.”

Giving a sly grin, Miliband said: “That’s never the way I did PMQs.”