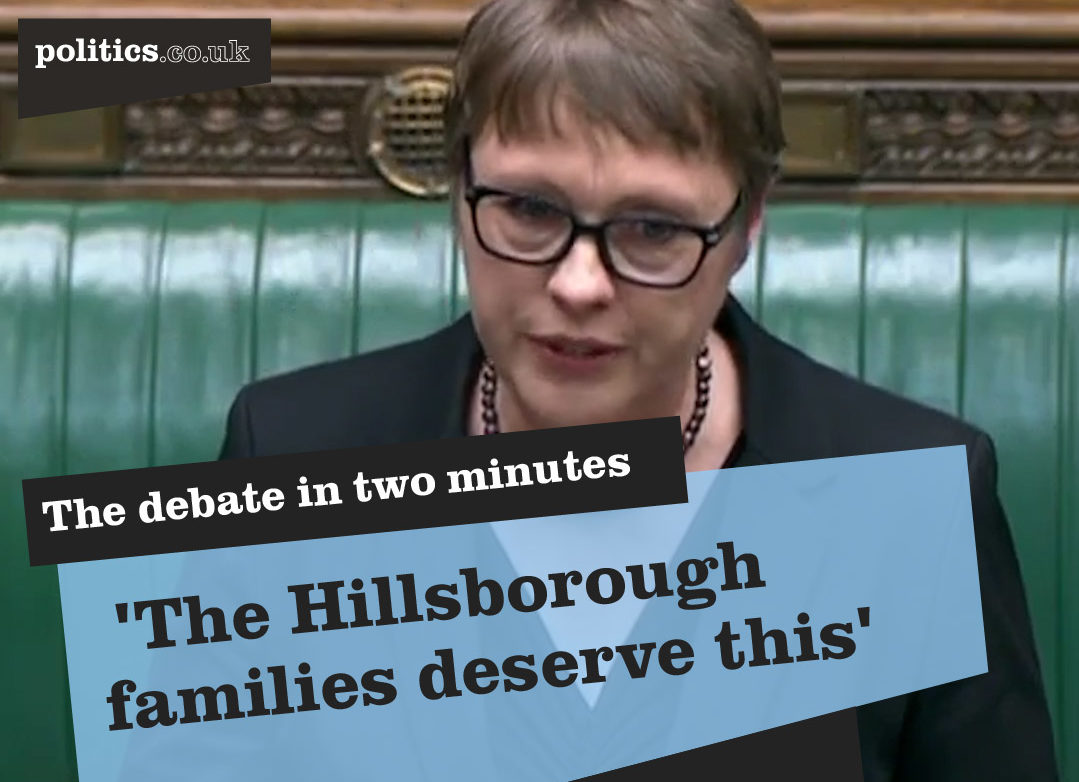 MPs on both sides of the chamber delivered passionate speeches in the Commons today during a debate on proposed reforms to the criminal justice system to better deal with public disasters.

The debate centred on the Hillsborough disaster. Maria Eagle, calling for an independent public advocate to be established, closed her opening remarks by saying: “Now is the time to really move forward to implement those learnt lessons of Hillsborough and at long last, to change the law, to prevent what went so wrong in that case from ever happening to any other families again.”

Former prime minister Theresa May echoed her remarks, saying: “They have been through hell since that fated fatal day, and they don’t want to see other people having that same experience. We owe it to them.”