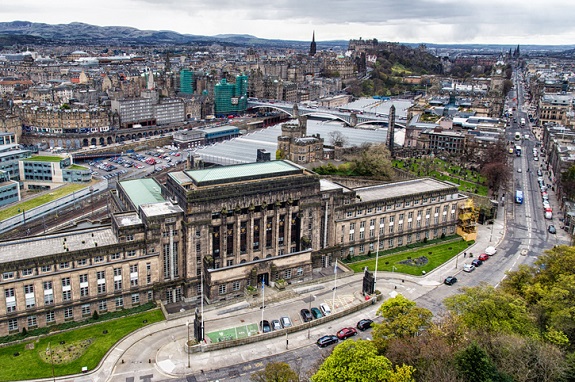 Last week the Scottish Government published their long-awaited spending review, setting out their long-term spending plans for the first time in over a decade.

The picture it has painted is nothing short of catastrophic. It is both a damning indictment of government failure in the past and a stark warning of what lies ahead.

Years of failed economic policy and low growth under the SNP has drained money from household budgets and public coffers alike. Income tax shortfalls and un-costed spending commitments have left us with a blackhole in our finances, forcing the SNP to make harsh cuts of up to 8 per cent to already battered public services.

As always, the SNP had a string of excuses lined up, blaming everything from inflation to the pandemic to – you guessed it – the Tory UK government. But while all of these made a bad situation worse, there is no hiding from their own role in creating this mess.

What we are seeing are the consequences of the income tax arrangements the SNP fought for. The fiscal framework they chose means that Scotland loses out when average wages grow more slowly than UK average, as they have been.

These arrangements mean the SNP’s failure to boost wages has left us paying more in tax but raising less money.

In practice this means Scots are paying three times over for the SNP’s failure – firstly through lower wages, again in higher taxes, and finally in worse services.

The devolution of these and other powers should have allowed us to transform our economy. The SNP had a chance to take a tailored approach to Scotland’s unique challenges and opportunities, choose a better path than the Tory government, and design a fair tax system; to use the powers we have here in Scotland to grow our economy and deliver a fair deal for workers.

Things should have gotten better with these new powers – but in the SNP’s hands they’ve gotten worse, and the road ahead looks even more grim.

Households are about to the be hit with largest fall in disposable income since records began, and public services are going to be cut to the bone.

The absence of detail provided by the SNP government means we are largely still in the dark about the reality of these brutal cuts. This is yet another damaging lapse in transparency from the SNP, which prevents services from planning ahead for the cliff-edge they are facing.

What we do know is that the overall scale of the cuts is disastrous for Scotland.

The SNP are poised to slash local government funding by around 8% in real terms over the next four years, after robbing £6 billion from services over the last nine years. This means more bins overflowing, more potholes on the roads, and more cuts to essential local services. Council budgets have already been cut to the bone – all that is left is the essentials.

Few areas are spared from these harsh cuts. Everything from policing to justice to universities to rural affairs facing the same 8% real terms cut over the next four years.

While Health and Social Care funding is set to increase, it will rise by just 0.6% a year in real terms for the next four years – nowhere near enough to keep pace with rising costs and demands for services.

Astonishingly, given this crisis has largely been caused by economic mismanagement, the budget for enterprise, tourism and trade promotion has been hit hardest, falling by 16% in real terms over the next four years.

Yet despite all these devastating cuts, the SNP have found £20 million to set aside for another independence referendum. The anger that I and others have expressed about this is not just kneejerk unionism – it is genuine frustration at the SNP so shamelessly putting their agenda ahead of the needs of Scotland.

For years now our services have been left to decline while the SNP pursue separatism at any cost. This spending review sets out once and for all, in black and white, what their priority is.

As our justice system creaks under the pressure built up over the pandemic, they are slashing its funding.

While spiralling waiting lists and daily A&E chaos put lives at risk, they can’t afford to give our NHS the funding it needs to keep up.

But when it comes to their constitutional obsession, they will always find the money. They will always sign a blank cheque at taxpayers’ expense, no matter what else has to be cut.