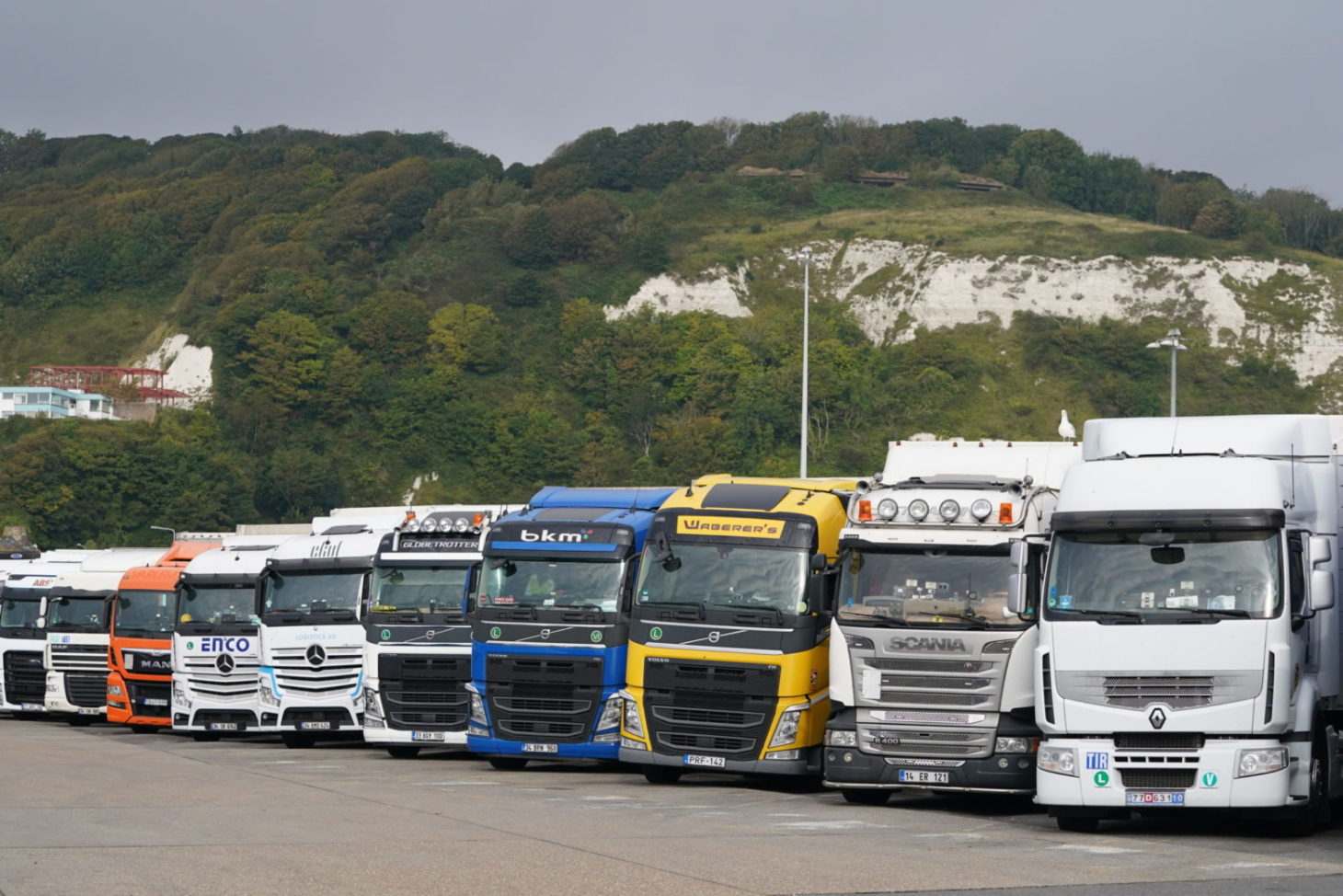 By Tim Farron
MP for Westmorland and Lonsdale, Liberal Democrat

How the Grinch Stole Christmas! isn’t a documentary.  It’s just a story.  I mean, you can’t cancel Christmas!

Only last year, we did. And some people had their Christmas more cancelled than others….

So this year, the government is so determined that Christmas actually does happen that they’ve announced special new visa rules to make sure that we all get our stuff… and to equally make sure that the people who drove our stuff into the country, absolutely have to get knotted before the event.

Shall we look back at Christmas past? 2020 to be precise.  With just days to go before the big day, Boris Johnson announced extra coronavirus restrictions and millions of people were prevented from meeting with friends and family.

It was worse still for many Eastern European HGV drivers who found themselves stuck in Dover, hundreds of miles from home, after France closed its borders against a new strain of the virus. The army was drafted in to help at the port. No driving home for Christmas for those poor folks – hundreds and hundreds of parents were separated from their children on Christmas morning.

What of Christmas future?  Well, this year we have a whole set of new challenges: lorry driver shortages and a dearth of poultry processors.  The government is especially keen that they pull out all the stops to ensure that this year’s great British Christmas goes ahead, with turkeys and gifts galore.

This is the reason for offering three-month visas to relevant workers from overseas, to come and help us out of the crisis.

Now of course this may be simply an emergency practical measure to get us through this “exceptional period” as the government press release describes it. It is surely also a sensible ambition to encourage “employers (to) make long term investments in the UK domestic workforce instead of relying on overseas labour to build a high-wage, high-skill economy”.

But looking at the spirit behind the announcement, what kind of a message does this send the world about how global Britain treats its essential workers?  Also, what does it say about how we understand the nature of Christmas?

The newly offered visas will run out on Christmas Eve, so the message we are sending is basically: ‘Bring us our stuff but then, you know, get stuffed! Get out of our country by nightfall’.

I’m ashamed of the image of Britain that this projects. Whatever tone the government was seeking here, they’ve ensured that Britain comes across as short-sighted and mean-spirited.

I guess it’s consistent though, isn’t it? We are simply treating our workers like we treat our Christmas: as a means to the goal of rampant consumerism. We want our Christmas dinners and our goodies but we don’t want the people who brought them to us them hanging around.

The Road Haulage Association has warned that offering a visa that expires the day before Christmas will not be attractive to anyone.  I think I can see their point!

Given that many HGV drivers spent last Christmas sitting in a car park in Dover due to cross-channel delays, I can’t imagine that they are too keen to come back and experience another British ‘welcome’. Gradually we are becoming a country where visitors from abroad understandably don’t feel they are valued.  This is the government’s express intention of course, but it doesn’t make any sense because they still assume that somehow Britain will be top of the list to attract the best people. But the thing is, if you treat people like dirt, they will increasingly choose to go somewhere else. It’s not rocket science.

There is of course a much broader recruitment crisis. It’s not just HGV drivers who are in short supply, yet the government is not offering visas to care workers or hospitality staff for example.  Your granny will have to go into a residential home because there are no longer enough workers to come and care for her in her own home and your long-awaited holiday maybe a damp squib because everything is closed through lack of staff… but these things aren’t important, we must save Christmas. I demand my Christmas.

We are in a new immigration environment post-Brexit and already the system is broken. Surely there must be built-in flexibility to address acute labour shortages which accept that permits will be needed for perceived ‘low skilled’ roles. These migration routes must, however, factor in protections for the workers or else we’ve just become a country of heartless hypocrites.

It is a symptom of the UK’s wider problem of what kind of work it values. ‘Low skill’ work is now a euphemism for the hard graft of practical work in its many forms. Anyone who has watched a huge HGV lorry manoeuvred down a country lane, or seen first-hand the emotional toll of care work, knows fully well these are not ‘low skill’ jobs. They are just undervalued, often in both pay and social status. The government would do well to remember the Christmas story next time they undervalue so called ‘low skill’ work. Shepherds – workers despised in first century Judea as nomadic and feckless, not even trusted to give witness in a court of law – were the first people told about the Christ child. The Kingdom of God turns our values upside down.

Back to this super attractive ‘bring me my loot and then clear off home’ offer to European lorry drivers… This combination of arrogance and desperation surely misses the point of what Christmas should be about? The wise men weren’t deported as soon as they had offloaded their gifts to the baby Jesus. The whole message of Christmas is about a gift to all humankind, an invitation to each person to accept the hope bound up in that baby. Instead of selfishness and the dehumanizing of others, there will be forgiveness and welcome.

In these circumstances this means acknowledging that the workers we depend upon for our goods and supplies are human beings with families and lives of their own. They should be treated with humanity and not as a commodity. Offering short term visas so that we can indulge in a consumer binge then ejecting those who delivered it by Christmas Eve, is as Scrooge-like as it gets.