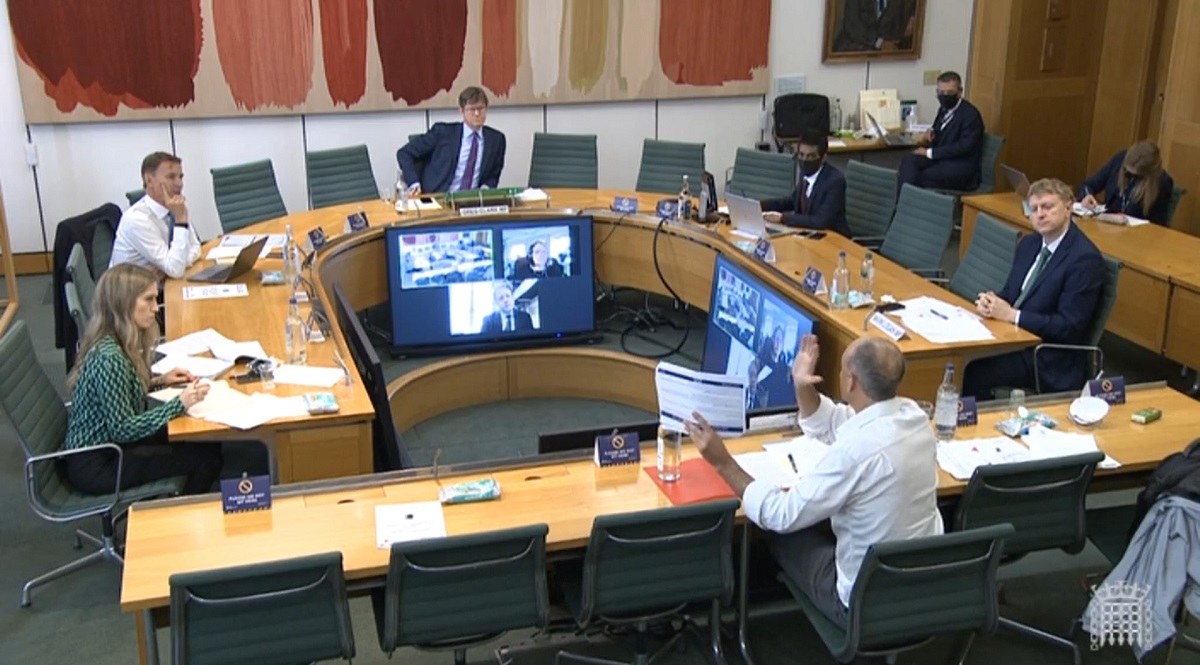 Cummings’ testimony was a slight on our constitution

Dominic Cummings’ seven-hour testimony was extraordinary for many reasons. In his account of the government’s covid response, Cummings informed us that “tens of thousands of people died, who didn’t need to die”; he told us that health secretary Matt Hancock “should have been fired for at least 15 to 20 things”; and he revealed that his former ally, our prime minister, is “not fit for office”.

Even by the standards of political divorce (think Thatcher and Howe, or Cameron and Gove), this was messy.

But Cummings’ evidence was gripping not only on account of his acid allegations; for in-between the explosive critiques and incendiary claims, we find a well-defined picture of executive life at 10 Downing Street. Such a transparent picture – leaving to one side the charges of incompetence – is profoundly unique. Historians have spent lifetimes piecing together the ‘known unknowns’ of government. Journalists dream of such clarity.

Although some cabinets might be “leaky” (May’s), and others reminiscent of a “kitchen” (Blair’s), journalists are inevitably stumped by the subtleties. We know that cabinet decisions are made – we read them in the headlines – but we rarely know how, why or when. By revealing in detail the decision-making process of a sitting government, Cummings’ testimony on May 26 was a constitutionally significant moment.

Even in Theresa May’s “leaky” cabinet, the machinations behind her Brexit deal always remained a mystery. We do not know how ministers like Michael Gove, Rishi Sunak or Andrea Leadsom contributed to May’s Brexit deal, nor do we know their ‘real’ opinions of it. We will have to wait for the memoirs for this information.

So, is secrecy necessary to good governance or simply a mask for the bad? Cummings has his answer: he warned us that government “secrecy contributed greatly to the catastrophe”.

If Cummings is right in this, then our constitution must necessarily be wrong. Alongside the obvious villains (Johnson, Hancock et al.), is this crisis our constitution’s doing?

The constitutional convention of “collective ministerial responsibility” has long-shielded government machinations from public view. It holds that members of the government must publicly support all governmental decisions and ensures that cabinet conversations never make it into the public consciousness. While the ‘who said what in cabinet?’ still occupies the minds of many journalists, such speculation is ultimately futile.

Governments must, as is outlined by our constitutional norms, be secretive. No. 10 is a “safe-space” for ministers; around the cabinet table, ideas are floated, tested and rejected – it makes for great arguments, albeit ones that rarely see the light of day.

But Cummings has never been one for precedent – nor a fan of our constitution. And while this made Cummings a short-term asset, the prime minister must now be rueing the day he ever let Cummings play with the levers of power. Although the Spectator has peculiarly claimed that “Johnson will be delighted with Dominic Cummings’s evidence”, only Matt Hancock comes out of this worse than the prime minister.

Cabinet secrecy has always been to a prime minister’s advantage; leaks are invariably interpreted as a slight on their authority. But Cummings’ testimony was no mere leak. It was a full-blooded exposition of intimate cabinet details. We have seen the very whiteboards upon which policy programs have been formulated. Cummings said these scribblings, which included the message: “who do we not save?”, were the “first sketch of a [covid] Plan B”.

So what does cabinet life look like under Johnson? This question is usually one for the speculators, but we now have a rare opportunity for coherence – a chance to understand the inner-workings of a sitting government.

Cummings told a story of total and complete government dysfunction. According to Cummings, at the peak of Britain’s worst crisis since World War II, Johnson was overshadowed by his chancellor; unable to rely on his health secretary; and powerless when faced with his fiancé.

Cummings’ testimony for 12 March 2020 is our most shocking case in point. This “completely surreal day” saw Johnson announce that tougher restrictions would be required. However, in the morning Cummings and Johnson were instead discussing a Trump-led “bombing campaign in the Middle East tonight”; well, at least until a thundering Carrie Symonds stole the agenda – demanding that “the press office deal with” a story reported in The Times concerning her dog, Dilyn.

Such a level of detail surrounding the back-room discussions in Downing Street is groundbreaking. That such a picture of a sitting government exists at all – let alone one of systematic incompetence – marks a new departure in British constitutional history.

On this occasion, there is no need to wait for the memoirs. Cummings has displayed the ins-and-outs of Johnson’s incompetence. While a public enquiry will surely reveal more, never before has a government found itself so naked in front of the nation.

This is so jarring because we are used to constitutionally protected, carefully managed governments – ones constructed by scheming spin doctors and cunning advisers like Cummings. But Cummings’ testimony shatters this facade. Cummings raked not only his former ally, but centuries-long precedent over the coals.

All that remains to be seen is whether Cummings’ precedent-breaking becomes precedent-setting. Once the dust settles around the ‘Domshells’, his testimony will surely provoke a new debate over the limited potential for transparency granted under our constitution.

New questions need to be asked of our constitutional and political norms; in particular how our constitution, and its insistence on executive secrecy, contributed to the avoidable deaths Cummings described.