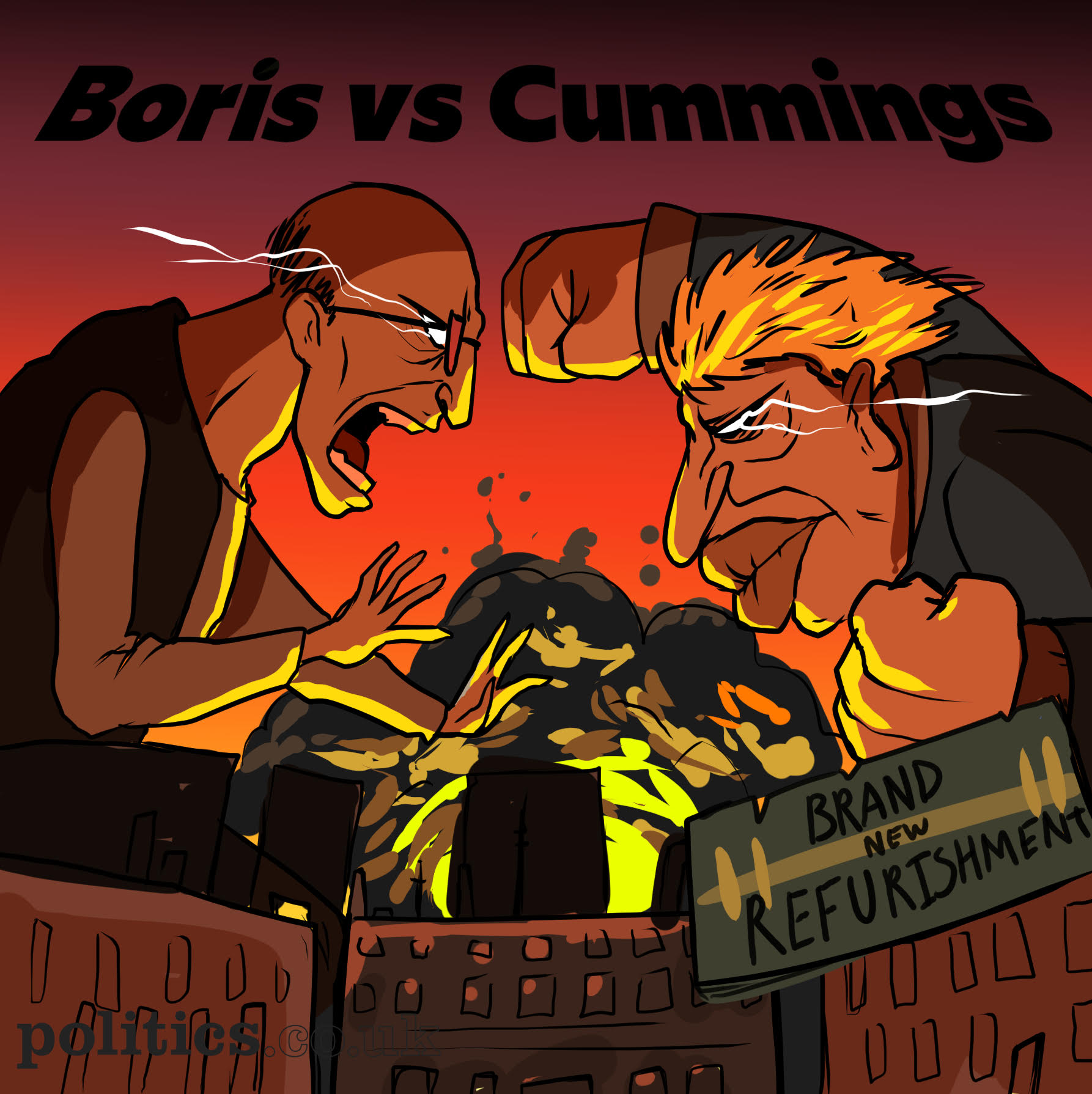 Cummings versus Johnson in the clash of lies and nonsense

Last month, the film Godzilla versus Kong came out. It was about two huge but simple-minded beasts, surrounded by paper-thin human characters, who were cast into battle together on the basis of no discernable principle whatsoever, amid the deaths of thousands of people. And this month, we’re watching the war between Dominic Cummings and Boris Johnson, which follows much the same pattern.

The two men whose partnership secured Brexit in 2016 are now implacable enemies. Their relationship started to dissolve when Cummings was still in No.10, leading to an escalating briefing war which culminated in him handing in his resignation. Since then, the briefings have continued. Johnson’s texts to Dyson, reports of how the money was secured for a Downing Street refurbishment and accounts of the prime minister being blackmailed by Saudi Arabia into getting involved in a football club purchase have all come out, week after week. Cummings denies responsibility for some of them, but noticeably not all of them.

Now they’ve exploded into a new bout of outright hostilities. Cummings wrote a blog on Friday evening accusing the prime minister of falling “far below the standards of competence and integrity the country deserves” – a hilarious statement of hypocrisy coming from the man who tested his eyes by driving to Barnard Castle. Last night, someone or other – presumably him – reported that Johnson had said in October that he would “let the bodies pile high in their thousands” rather than countenance another lockdown.

For many Brexiters, it must be painful. After the December 2019 election, Johnson/Cummings looked unstoppable. Johnson was the charismatic but unfocused front man, Cummings the ideological guy in the backroom, using the prime minister’s telegenic qualities to force through a reactionary revolution in British politics – first Brexit, then the BBC, the civil service, the Human Rights Act and on it would go. Now that dream is dead. All that’s left is Johnson’s meandering, unfocused leadership and Cumming’s bile-strewn outsider missives.

For everyone else, there is something undeniably enjoyable about the whole sorry spectacle. The film Alien versus Predator had the tagline “whoever wins, we lose”. In this case it is reversed. Whoever loses, we win. No-one of a liberal disposition will feel the least amount of sympathy for Cummings. But there is now the prospect of him doing really quite considerable damage to the prime minister. Even if none of the individual charges stick, the incessant negative headlines dripping out every day will corrode the structural integrity of the administration, like the Alien’s blood rotting through the hull of a spaceship. 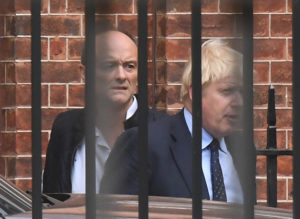 Allies turned enemies. The man who once helped Johnson to become prime minister may now be the one to tear him down.

There are very few pleasures for liberals nowadays, so we must take them where we can get them and it would be churlish and po-faced to reject the entertainment we’re being presented with this week. But what we can’t realistically expect is truth. We are witnessing a war between individuals whose entire careers have been based on weaponising falsehood.

For Johnson, this has been a lifelong habit. It defined his career in journalism and it now defines his government. For Cummings, it is a tactical manoeuvre – one he employed to shattering effect in the Brexit referendum. In both cases, it is not that they lie, but that they behave as if the entire notion of truthfulness does not exist. They do not issue misleading statements into a solid foundation. They aim to undermine the foundation, so that any statement at all can be made without scrutiny.

How much money does the UK send to the EU? Does the UK have a veto over Turkish EU membership? Is there a border between Britain and Northern Ireland? All of these questions, which can be answered in black and white on an empirical basis, fade into the realm of subjectivity.

Today’s comments are a case in point. You can easily imagine Johnson making the “let the bodies pile high” comment, in a way that you could not, for instance, imagine Theresa May or David Cameron making it. But that alone does not mean it is true. It is also the kind of quote someone might come up with if they were highly adept at tactical lying. It is the worst possible comment Johnson could make which you could imagine him making. Perhaps it was constructed on that basis, as an intuitively-refined piece of fiction.

Of course, there’s something to learn from that. The mere fact that we can imagine Johnson saying such a thing, in a way his deeply flawed predecessors would not, is testament to his lack of fitness for office. But that is something we knew already. On the question of whether today’s comments are true, we have nothing.

Perhaps later we’ll get some audio files. “Allies of Cummings” – again, probably the man himself – repeatedly threaten that they’ll be released. But then that too could be a lie, intended to frighten Downing Street into caveating its responses. This is what it is to live in a political culture that is steeped in lies and then goes to war between its two rival lying factions. Nothing is reliable until you see the cold hard evidence. We are getting there, slowly, with the other reports – text messages from the Saudi crown prince, money and email trails about the Downing Street refurb. But elsewhere, it is a swamp of possible truth and possible fiction, sunk in and mixed together. 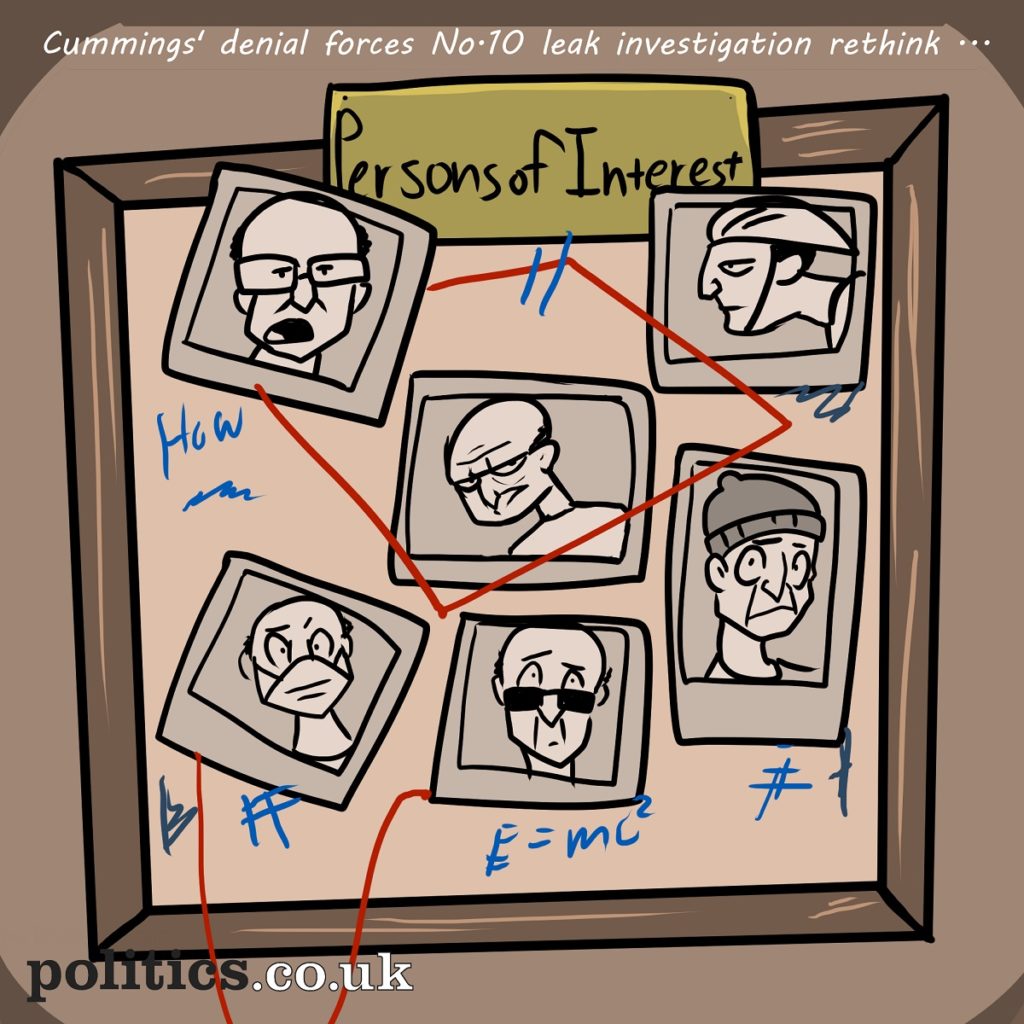 We’ve grown used to this, but we should expect more. The vaccine roll-out is going well, but there is evidence of danger all around us. India is collapsing into total catastrophe. The conditions there are exactly the type which are most dangerous at this point in a pandemic. They have a high rate of infection, meaning more chance for the virus to mutate, and strong levels of natural and vaccine immunity, which gives natural advantage to mutations which can avoid it.

But instead of focusing on the pandemic, Downing Street is embroiled in a macho war of nonsense with an expunged rival faction. All attention is on the colossal egos and their venomous animosity. The only question in British politics this week should be: What are we doing to help India? If there is another, it should be: What are we doing in addition to keep us safe? Instead, we are focusing on the war of lies.

In the end, it’s not Godzilla, or Kong, or Predator, or even Alien which most encapsulates them. It’s the Thing, where the monster lands at a research station in Antarctica, gets inside of people and starts to take them over. The film isn’t really about the monster – the good ones never are – it’s about what the existence of the monster does to the people around it. In this case, because it’s impossible to tell who the Thing is, it eradicates any sense of confidence in the world. “Nobody trusts anybody now,” the protagonist says, “and we’re all very tired.” Well quite.