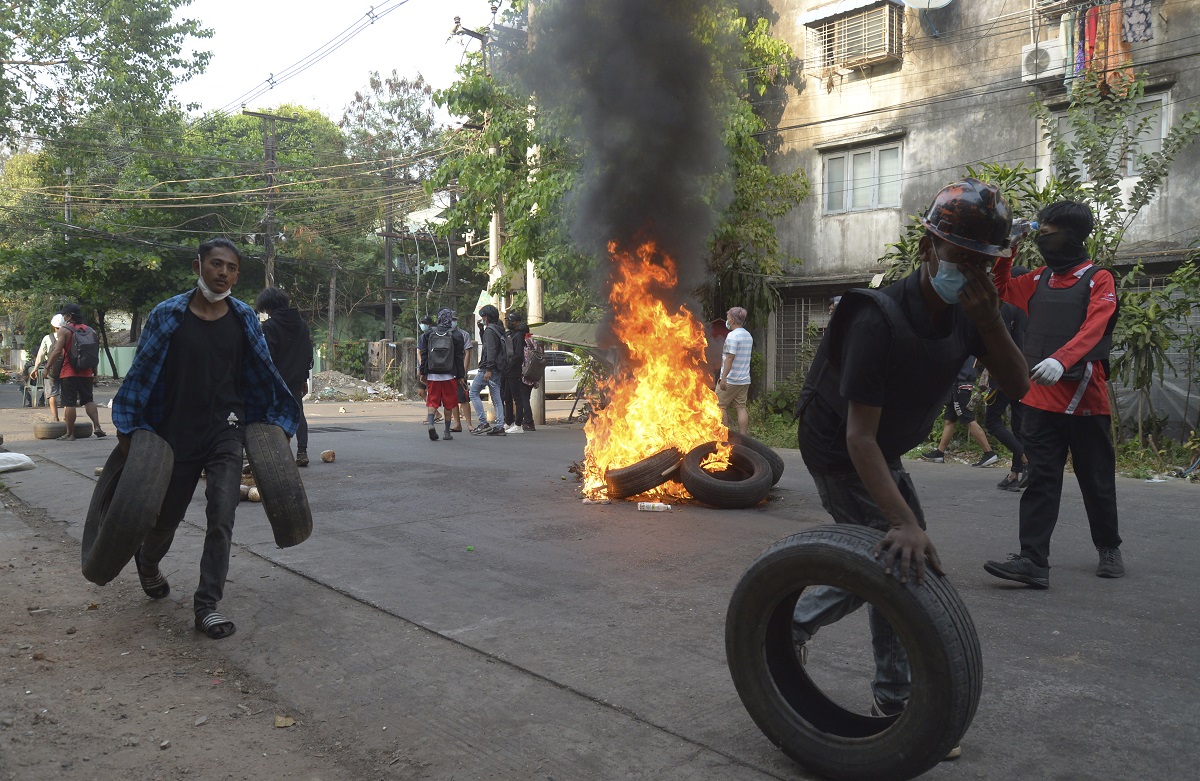 Why Britain should champion UN action on Myanmar

Myanmar police enforcing the military junta’s crackdown on protesters stopped an ambulance in March, dragged four paramedics out of the vehicle, and beat at least three of them bloody, then hauled them off to jail.

The shocking attack on paramedics is just one example we have seen of the junta’s brutality as it struggles to crush protests against the military’s February 1 coup and subsequent jailing of the country’s democratically elected leaders. Everyday Myanmar security forces arbitrarily arrest, beat and kill more protesters and political opponents; and violence by the authorities is on the rise. On March 27 alone, security forces killed at least 114 people, among them children.

What has the United Nations Security Council done?  As the UN’s most powerful body, it has the authority to sanction Myanmar’s military leaders and impose a global arms embargo on the country. Instead, it has issued two statements calling for the release of political prisoners and an end to the violence.

Council diplomats emphasise that the 15-nation body has spoken twice “with one voice.” But these baby steps do little more than highlight the failure of the Security Council to even try to do anything that would have a meaningful impact on the generals.

If post-Brexit Britain wants to demonstrate global leadership at the UN, it should start by pushing the rest of the Security Council towards substantive action on Myanmar.

The United Kingdom is the Security Council’s “penholder” on Myanmar, which means it takes the lead on any council statements or resolutions. Britain, the United States, France and most other council members have shown that they stand with the people of Myanmar, not with the military. The best way to do that is to urgently draft and negotiate a strong resolution that would target the military’s leadership and its funding.

Of course, as permanent members of the Security Council, China or Russia – or both – might veto such a resolution. But that’s no reason not to try. Even the ever-diplomatic UN secretary-general Antonio Guterres declared that governments around the world need to “put enough pressure on Myanmar to make sure that this coup fails.”

Beijing hasn’t explicitly threatened to use its veto, though the expectation among council members that it wouldn’t hesitate to do so looms over all Myanmar negotiations. It’s the explanation diplomats typically offered for the council’s pathetic response to the Myanmar military’s 2017 campaign of ethnic cleansing against the Rohingya Muslims, which drove 750,000 survivors to Bangladesh. The military’s threat to the Rohingya remaining in the country is so serious that the International Court of Justice ordered Myanmar to take all necessary measures to protect the Rohingya from genocide.

The council’s inaction stands in sharp contrast to national responses. Britain, the US and the European Union have all taken important, though insufficient, unilateral steps to impose sanctions on Myanmar’s military leaders and military enterprises. Yet they have avoided pushing such steps at the Security Council.

Britain did try including language calling for “further measures” against Myanmar’s military in a recent Security Council presidential statement, but it dropped that and other language after China, Russia, India and Vietnam objected.

The strategy by Britain, the US and other council members has been to prioritise speaking “with one voice” in the form of anodyne statements instead of pushing for a resolution that includes substantive measures and might elicit abstentions and “no” votes.

Unity is great when achievable, but it shouldn’t be an end in itself. A Security Council resolution needs nine votes and no vetoes from the five permanent members to pass. Resolutions often pass without consensus, such as two recent ones by Britain on Somalia and Libya. A Myanmar sanctions resolution doesn’t need to be an exception.

If China decides to stand with Myanmar’s military instead of with the people whose democratically elected government was overthrown, then they risk paying an enduring price in Myanmar and around the world.

Could Beijing allow UN sanctions to pass with a mere abstention?  The only way to identify China’s limits is to circulate a draft resolution calling for targeted sanctions on junta leaders and an arms embargo; and start negotiating.