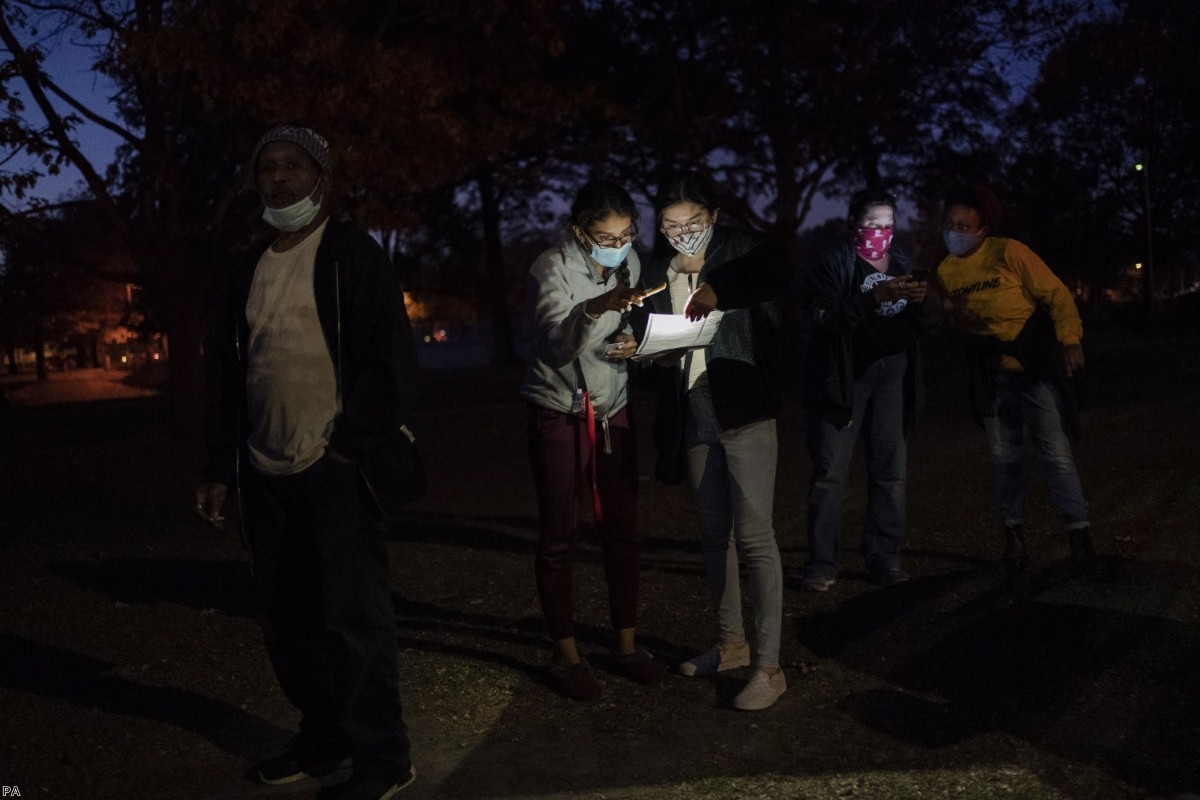 US election: The polls got it wrong again – it’s time to ban them ahead of elections

Maybe it's a case of looking for a scapegoat to hit out at after the profound disappointment that the hoped-for Biden landslide seems not to have happened. But there's really only one explanation for the cliche of the day – that the US election is 'much closer than expected'. Whatever the final outcome, the polls got it wrong. Again.

After the searing experience of 2016, so many of us secretly rejoiced at polls that on average showed Joe Biden 8.5% ahead – a bigger margin than any since Bill Clinton's in 1996.

You can't help thinking that in the future, historians will look back at our touching faith in the veracity of polls with the same amusement as we have about the reliance of the ancient Greeks on augury—the minute examination of bird livers and the like.

Polls have not had a good decade. It's not just the near-universal expectation they helped to create of a Remain victory and a Hillary Clinton win in 2016. Even before then, 2015 was a spectacularly bad year for what is a global phenomenon. In Britain, the polling predictions of a hung parliament were confounded by David Cameron's outright victory. They utterly failed to anticipate the Greeks' massive rejection of the EU's bail-out terms. And they underestimated the showing of Benjamin Netanyahu's Likud in the Israeli election.

That was the year, as it happened, that I decisively lost my own faith in polls. Taking time out from covering Ed Miliband's campaign, I dropped into ultra-marginal, ultra-bellwether Worcester to visit local Tory MP Robin Walker. He told me that a detailed constituency canvas of around 20,000 constituents showed significantly greater support than when he had won the seat in 2010.

It wasn't that I didn't believe his figures. It was more that, much to my shame, I simply ignored them. I was mesmerised – like almost everyone else – by the polls. If I had taken them more seriously I would have almost exactly called the actual election result.

Much of the reporting of this election – especially, but not only, in the US – has been more illuminating than the polls. Whether it was the New York Times casting doubt on whether Biden had done enough to shore up the Latino vote, or the New Yorker revealing that local Democrats were forecasting a much closer result in Wisconsin than the 7.2% lead suggested by the polls, or the Guardian's Chris McGreal's interviews with seemingly sane voters sticking with Donald Trump, you got a more sobering picture than from the headlines generated by the polls.

The polling organisations will no doubt explain this away. But it's hard to escape the suspicion that they were 'herding' – guarding against becoming an outlier to preserve their competitive reputations for their real business, which in many cases is not political polling but marketing surveys for corporate clients.

The events of the last 24 hours have strengthened the case for a ban on the publication of polls in the run up to election day – perhaps for significantly longer than the 24 hour ban which already operates in France.

Polls affect behaviour. In 2015, for example, Netanyahu notoriously – but successfully – seized on the latest polling to warn his right wing supporters on election day that Israeli Arabs were rushing to vote in "droves". This time at least, given the Democrats' huge efforts, there is zero evidence that the polls generated complacency in the Biden camp. But that can happen elsewhere and may have done for Clinton in 2016. Polls can help to galvanise the apparent losers and certainly contributed to the absurd depiction of Trump as the underdog.

A thoughtful column on Monday in the New York Times by the leading analyst Nate Cohn pointed to some of the challenges facing pollsters. These included the fact that white non-college educated voters are less likely to respond to telephone polling and the difficulties faced in securing representative samples in internet surveys. But he also warned that they would have fewer excuses than in 2016 for calling it wrong. If Trump were actually to win, he said, "they will be in for a whole new round of self-examination. This time, they might not find a satisfactory answer."

That may well not happen. If Biden does win, their errors may be more quickly forgotten. But the polls generated hopes not only of a Biden victory but an end to the hideous, divisive, deformities Trump has inflicted on his party and the country. Instead Trumpism, even if he is defeated, is much more likely to survive.

If nothing else, the polls meant that the sense of let-down is much greater than it would otherwise have been.

Donald Macintyre is a former political editor and political commentator of the Independent, and the author of Mandelson and the Making of New Labour.