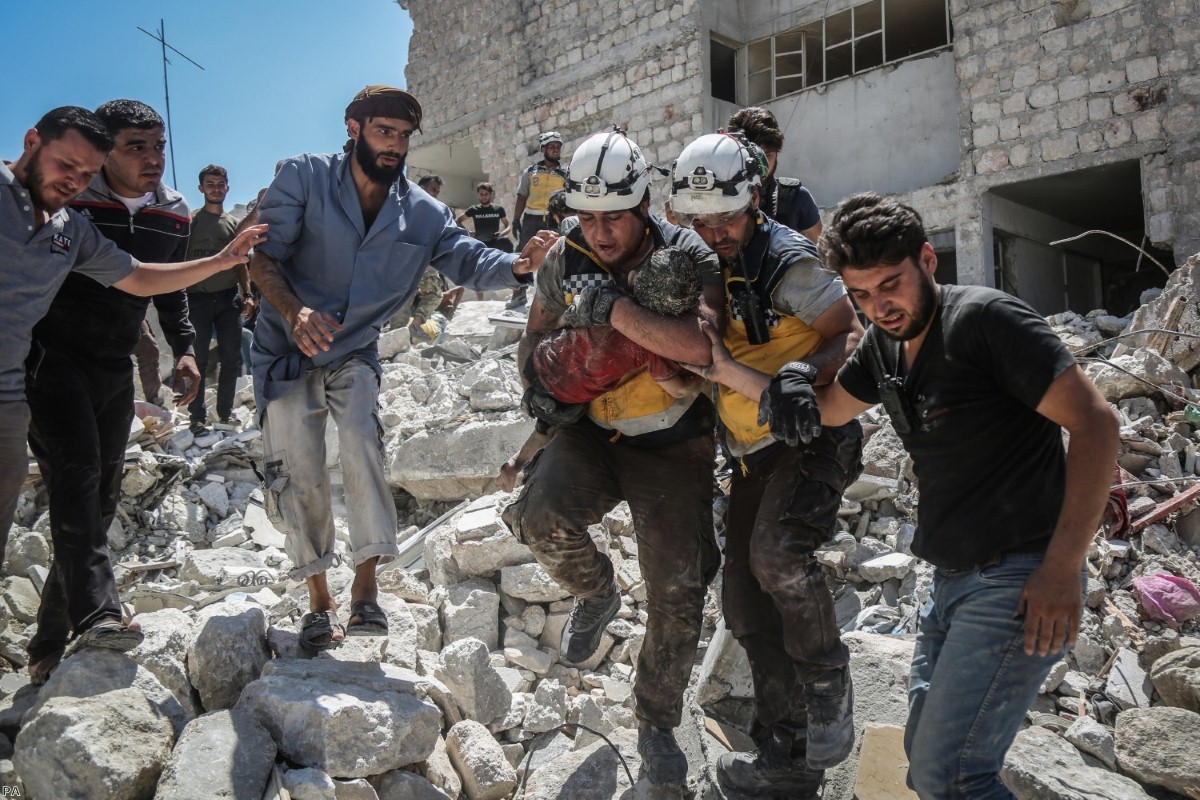 Dogmatic anti-imperialism: How the left learned the wrong lessons from Iraq

The Iraq War was one of the most catastrophic and disastrous military interventions in modern history, so it has had a lasting impact on the British electorate's view on foreign policy.

There are some good reasons for that. Even conservative estimates place the death toll from the invasion and the civil war that followed it – one that arguably continues to this day – in the hundreds of thousands. Most of those deaths were not directly attributable to the international coalition, but many were nevertheless an indirect result of the invasion.

There are some bad reasons too. For many in Britain, the Iraq War is the prism through which they view all foreign policy. It has created a policy vacuum totally divorced from empathy and solidarity towards the victims of international conflicts.

A recent video published by the Labour left campaign group Momentum, fronted by Labour councillor and NEC member Yasmine Dar, was indicative of the problem. The video – tweeted alongside the statement "to stop refugees, we need to stop creating refugees" – actively denied agency to the very people it claimed to defend.

Leaving aside for one moment the fact that a supposedly left-wing political group framed their message around finding a way to "stop" refugees – an utterly futile task that only gives succour to right wing narratives about immigration – the arguments made by Dar were fundamentally misleading.

Dar argued that the majority of refugees arriving in the UK come from Middle Eastern countries like Afghanistan, Iraq, Syria or Libya – countries that have experienced some form of UK military involvement over the last two decades. This is simply not true. In fact, according to the Migration Observatory, the majority of asylum seekers in the UK in 2018 were from Iran, Iraq, Eritrea, Pakistan and Albania. Syria and Libya were not even in the top ten. This fact, however, would have immediately pierced Dar's narrative that British foreign policy is somehow the reason that the "majority" of refugees are fleeing their countries at all.

There wasn't even any mention of the fact that the majority of migrants heading to Europe from Libya aren't victims of the Libya conflict, but are actually fleeing other parts of Africa. British bombs have nothing to do with it.

During the video, images of Iraq and Libya played out while Dar spoke. For her argument, they were interchangeable. But a UN Security Council-mandated No Fly Zone enacted to prevent Gaddafi from slaughtering his own people is not the same as a UN Security Council-rejected invasion and occupation.

The idea that a progressive foreign policy requires Britain to use its power and influence to protect civilians, rather than turn a blind eye to their suffering, seems anathema to this way of thinking.

"In a lot of cases, not only do we support dictators, but we've put them there in the first place," Dar said, before spending the rest of the video discussing Britain's role in the overthrow of Iran's Mossadegh in 1953 – as if one of the main  reasons for conflict in the region can be blamed  solely on events that happened 67 years ago, and as if British foreign policy hasn't moved on from Churchill.

If we're assessing the situation honestly, no regional country has been more responsible for the Middle Eastern refugee crisis than Iran, but that won't fit into a Momentum video that lays the blame squarely at the feet of the British government.

The massacres committed in Syria, Yemen and Iraq by Iran's sectarian militias have displaced millions of civilians across the Middle East. The Iranian regime has been forcibly conscripting Afghan Hazara refugee children and sending them to fight in Syria. I am not sure how any video about today's refugee crisis can spend so much time discussing the 1953 coup without as much as a passing mention of Iran's sectarian involvement in regional wars, including the killing of tens of thousands of Iraqi civilians – deaths which Dar prefers to attribute to British foreign policy.

I wish I could say Dar was an isolated case on the left, but this foreign policy rot is far more pervasive than that. The legacy of the Iraq War has left a generation of supposedly progressive people turning a blind eye to some of the most heinous atrocities of the 21st century, based on the idea that tolerating mass murder is preferable to preventing it.

This misreading of the Iraq conflict is widespread, particularly on the political left. The war is often cited as one of the main reasons that younger voters were so attracted to Jeremy Corbyn's brand of anti-imperialist politics.

This narrative acts as if only the far left opposed Iraq, just as it had opposed all foreign interventions during the period. In fact, there were far more persuasive arguments against the war from more mainstream sources. The Iraq War was not a humanitarian military intervention. There was no responsibility-to-protect element in the conflict. The intelligence regarding weapons of mass destruction was wilfully distorted to ramp up the threat level and pacify political opposition to the war.

That situation cannot be compared with the wars in Syria and Libya, where dictators launched wars against their own people, who were defenceless from the coming onslaught and looked to Western powers for protection – protection which, in the case of Syria, never came.

Despite many young, left-leaning people having strong opinions about the conflict in Iraq, too many are totally ignorant of the facts and history of conflicts in the Middle East and too few are bothered to learn. An increasingly conspiratorial strand of so-called 'anti-imperialism', one which routinely dehumanises and denies agency to Middle Eastern civilians, has further poisoned the debate.

Allegations about Saddam Hussein's possession of weapons of mass destruction in 2003 may have proved false, but it is demonstrably true that Bashar al-Assad has repeatedly used chemical weapons against the Syrian people.

Every time footage of these atrocities reached the West, many of those people who grew up in this strand of 'anti-imperialist' politics responded to the images of dead and dying children, frothing at the mouth from nerve agent poisoning, in the same way they would the 'dodgy dossier'. The suggestion that something should be done to protect them saw supposed progressives abandon all semblance of compassion and warn those expressing grief that they were being hoodwinked by the same people who 'manufactured consent' for Iraq.

This political camp has grown proud of its ignorance. It sees no need to learn more about the Middle East or the conflicts raging within it. Why learn about the decades of human misery inflicted upon the people of Libya or Syria when you can instead just dismiss it all as propaganda?

There are few more wilfully anti-intellectual movements in the world than dogmatic anti-imperialism, an ideology that essentially instructs its adherents to ignore the voices and views of local populations in favour of pro-regime conspiracism regurgitated by cosplaying revolutionary communists.

Conspiracism and war crimes denial has now deeply embedded itself in the Western left, alongside the total abandonment of any semblance of a progressive foreign policy.

For many, it is irrelevant that the calls for civilian protection measures in Libya and Syria came from Libyan and Syrian civilians themselves. Democratic revolutions are routinely rejected or dismissed because they require a level of self-reflection that many decided they no longer needed to do after Iraq.

The truth is that, whether Britain is involved or not, conflicts will continue to rage across the world. There is no way to "stop" refugees, just as there is no way for Western military power to police the world.

But far from deciding to look away from this, we need to take it on. I do not understand how any progressive can look at the barbarity in Syria, with nearly a million dead and 12 million displaced, and state that Britain could have alleviated civilian suffering by doing less for the Syrian people, rather than more.

Oz Katerji is a freelance journalist and filmmaker, and the host of Corbynism: The Post-Mortem. You can follow him on Twitter here.