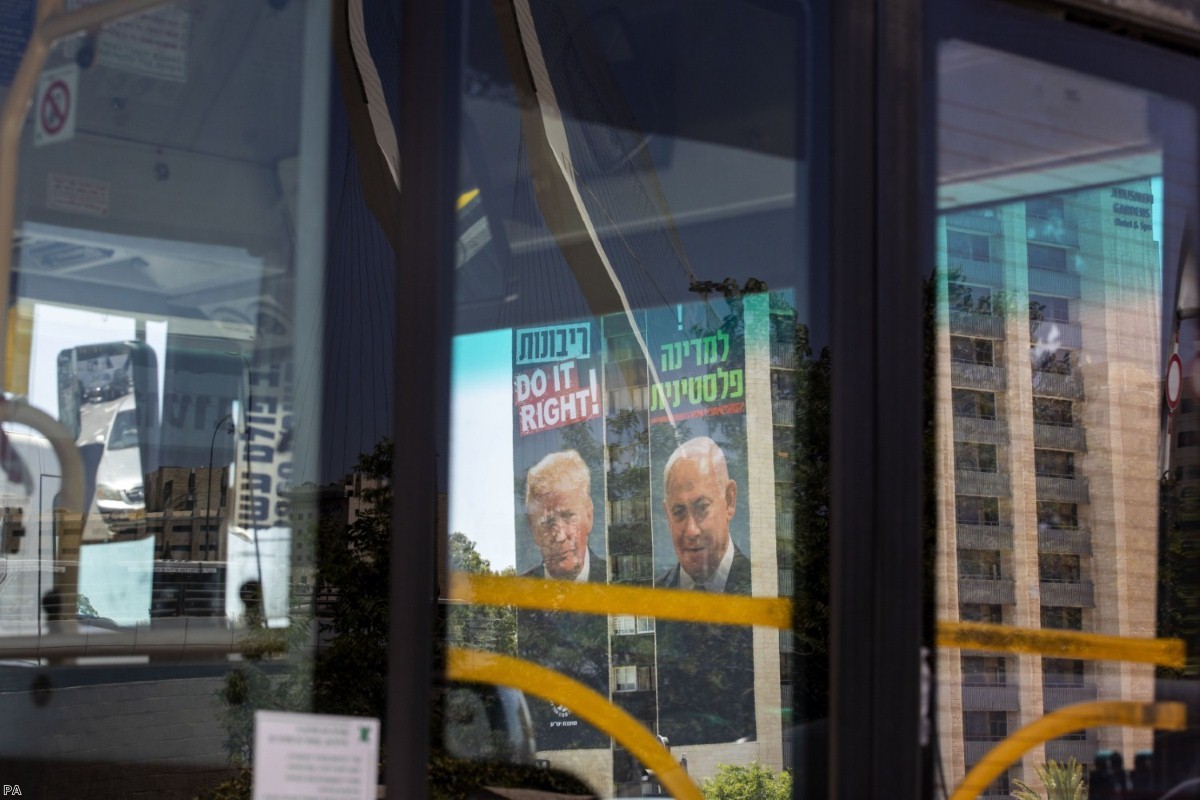 Last June, an 82-year-old Palestinian refugee called Fayza in Lebanon's Nahr el-Bared camp wept as she told me: "Palestine is in our bones – it is not something to describe. When you lose your home town, you never trade it with anything. I want just to go to Palestine, die there and be buried there."

It is a sentiment you hear echoed across the region and it is time it was heard here. World leaders usually respond decisively when a state annexes the land of another people – as they should if Israel unilaterally carries out its threat to establish sovereignty over more of the occupied Palestinian territory. However, when it comes to the Palestinians, the world has consistently been found wanting. It is time for us all to stop taking sides, respect the law and treat people equally irrespective of race or religion.

If Israel formally annexes more West Bank territory, the international community, including the UK, must confront the Israeli-Palestinian conflict with renewed vigour. In a 2017 Telegraph column just before the 100th anniversary of the Balfour Declaration, Boris Johnson pledged to give "whatever support we can" to fulfil the declaration's promise that a Jewish homeland would not prejudice Palestinian rights. Now he has an opportunity to make good on that pledge, and to recognise Palestine as a state, as the House of Commons voted to do in 2014 by 274 votes to 12, a majority of 262.

By erasing the pre-June 1967 lines, Israel will be challenging international consensus for a two-state solution and meaningful sovereignty for Palestinians. It will render UN Resolution 2334 – which affirms the illegality of settlements and calls for differentiation between them and Israel – meaningless. Ultimately, should it go unopposed, annexation will also seriously undermine and damage the multilateral rules-based system developed to protect us all.

Johnson should ensure territorial differentiation between Israel and the Occupied Palestinian Territories in all future bilateral negotiations between the UK and Israel to ensure that settlements do not benefit from any agreements. And he should end all trade with illegal settlements to demonstrate unequivocally that UK policy considers them unlawful and contrary to peace.

Alongside poverty, the common experience and fear in many Palestinian communities is displacement. From refugee camps in Lebanon, to villages in the Jordan Valley, to unrecognised Bedouin villages in southern Israel, or under blockade in Gaza, young Palestinians grow up as either unwelcome refugees in a foreign land, unprotected and vulnerable in the occupied Palestinian territory, or feeling unwanted as citizens in Israel.

This latest annexation threat provokes a mix of reactions in Palestinians. Yes, there is anger, but also a shrug of weariness from those who already live under de facto annexation. It is a coercive environment which restricts movement and access to natural resources, sees homes and livelihoods relentlessly demolished and fails to prosecute settler violence against them. For most though, like Fayza, it is also about dignity and defending their identity.

The most visible example of creeping annexation is the growth of illegal Israeli settlements in the occupied West Bank. Israel applies its own state civil law to the settlers but imposes military law on the Palestinians. Thus, for many, this latest threat is viewed as an extension and formalisation of existing unlawful policy.

Significantly, formal annexation would allow Israel to challenge further the West Bank's legal status as occupied territory, which includes an occupying power's duty to protect the rights and property of the population living under its occupation. It is not clear what legal status Palestinians in newly annexed areas can expect, but, if history is anything to go by, their hopes of being treated with equality, dignity and justice will not be realised.

This comes as new figures from the World Bank show that even prior to the coronavirus pandemic, more than a quarter of Palestinians lived below the poverty line, with youth unemployment at 38%.

What is not in doubt now is the continued existence of two peoples who will continue to claim part, or all, of the land between the Jordan River and the Mediterranean. However, it is international law which should be applied in response, not a weighing up of narratives.

Christian Aid has worked in the Middle East since the 1950s when it responded to the Palestinian refugee crisis. Sadly, it is still there today because a just peace, which would provide the stability and opportunity Palestinians crave to build their own destiny and tackle poverty, has eluded all. This is not the place to rehash history or to apportion blame. But we should all be clear that Palestinians are as much a people with the same right to self-determination and meaningful sovereignty as any other nation, including Israel.

That needs saying because there are some, with influence, who claim as the commentator Melanie Phillips did in June 2018 that the "Palestinian identity is a fiction invented solely to destroy the Jewish claim to Israel". This conflict will never be resolved by delegitimising one another. It won't help Palestinians – or Israelis – to feel more secure or develop economies that tackle poverty and support all. It won't end the violence that blights so many lives.

Full sovereignty for one side of this conflict cannot come at the expense of the other. Just as Israelis need and deserve security, so too do the Palestinians. There cannot remain a mutually exclusive situation that bestows privilege on one and ignominy upon the other.

World leaders, including Johnson, must act to ensure that the rules-based order is strengthened now and for future generations. International law was derived from the bitter experience of world wars. That experience must not be forgotten. Its lessons must be preserved. Annexation, a clear breach of international law, could harm not just the future Fayzas of Palestine, but us all.

William Bell is head of Middle East for Christian Aid.